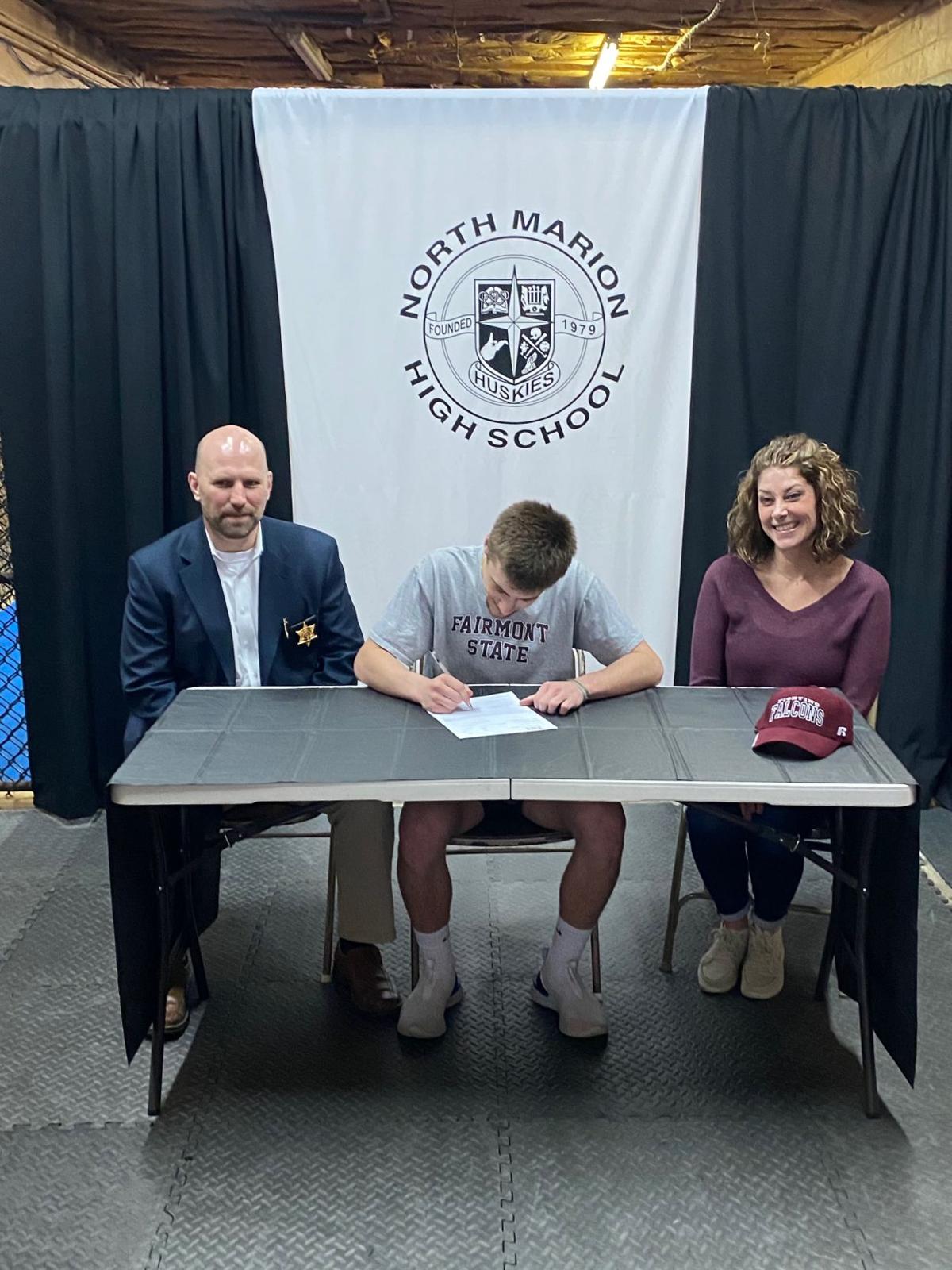 Beau Bearden signs his letter of intent to wrestle at Fairmont State University. 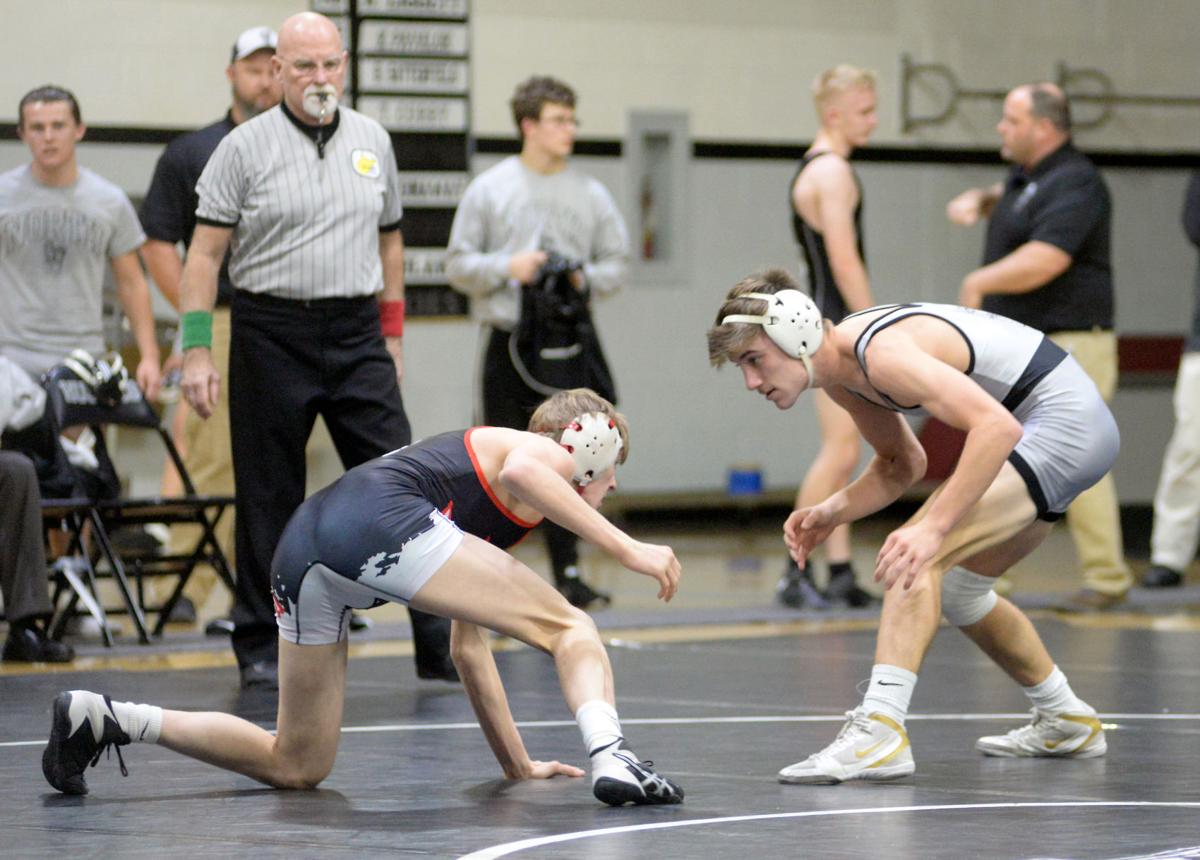 Beau Bearden signs his letter of intent to wrestle at Fairmont State University.

After a strong final season at the prep level on the wrestling mat — which Bearden capped with a third-place finish in the 132-pound weight class at the WVSSAC A/AA State Wrestling Championship — he could have likely found any number of small college programs nationwide who would take him in. Instead, he signed his National Letter of Intent with the Falcons’ wrestling program last week, choosing to stay near home to continue his career.

“It feels really good. It makes me feel a lot more comfortable — wrestling is a big piece of my life and I couldn’t imagine not doing it,” Bearden said.

“He’s worked really hard for a long time. A lot of guys after their senior year they just kind of want to get away from it for awhile, but he wanted to get back on the mat — he didn’t want to be done with wrestling yet. So I’m excited to see that in him, and to see him get the opportunity to continue,” North Marion head coach Brooks Russell said.

Fairmont State took to the mat for the first time in three decades last winter after the school decided to bring the program back, which is an environment Bearden believes he’ll fit into well. He and his teammates coming up through the ranks at North Marion were put into a similar situation in both middle school and high school.

“I feel like I fit in real well there. I know a lot of kids that have signed, and I like new programs because you get the chance to form a real bond with your teammates and coaches. I feel like we’re going to come together and form a really good team,” Bearden said.

Bearden initially didn’t initially want to wrestle collegiately, and was looking at Fairmont State to continue his academic career while staying close to home.

But once he realized the itch to continue his career wasn’t going anywhere, he quickly got in touch with the program at Fairmont Sate, which was ready to welcome him.

“I want to make a name for the community. It feels really good. I know every match I go out and wrestle I know I’ve got my community’s backing — I’m wrestling for my community,” he said.

One of Bearden’s biggest assets that will help the transition to the next level, according to Russell, is his wide breadth of wrestling knowledge and ability to adapt to different styles on the offensive end of the mat.

“He spent throughout his career in high school an extensive amount of time going to camps, and he knows the sport really well. He has a wide variety of offensive techniques, and I think if he goes in and sharpens some of those tools, he can have a lot of success,” Russell said.

“That’s really important because in wrestling, you never know what’s going to happen. I feel like that came from my wrestling beginnings, because when I came up through middle school and high school they were new programs, and my coaches were really technical. I wasn’t always the strongest, but I understood I could rely on technique — that’s what gets you far,” Bearden said.

Bearden’s transition to the next level also means a lot to others inside the North Marion wrestling community, and there is hope among those around the program that he will serve as an inspiration and a role model, to show what you can come from North Marion on the mat.

“It’s absolutely huge. A lot of guys aren’t sure if they can make that leap, the college leap seems so far away from high school wrestling here in West Virginia, and a lot of guys don’t think they can make that leap when they really can, if they work at it. I think Beau can be an example of how at North Marion wrestling, we can turn you into the type of athlete who has success in college,” Russell said.

“I feel really good about it. I think it will spark a fire, and there are a lot of good kids coming up at North Marion that I know for a fact can sign collegiately. Hopefully they’ll come to Fairmont State with me,” Bearden said.