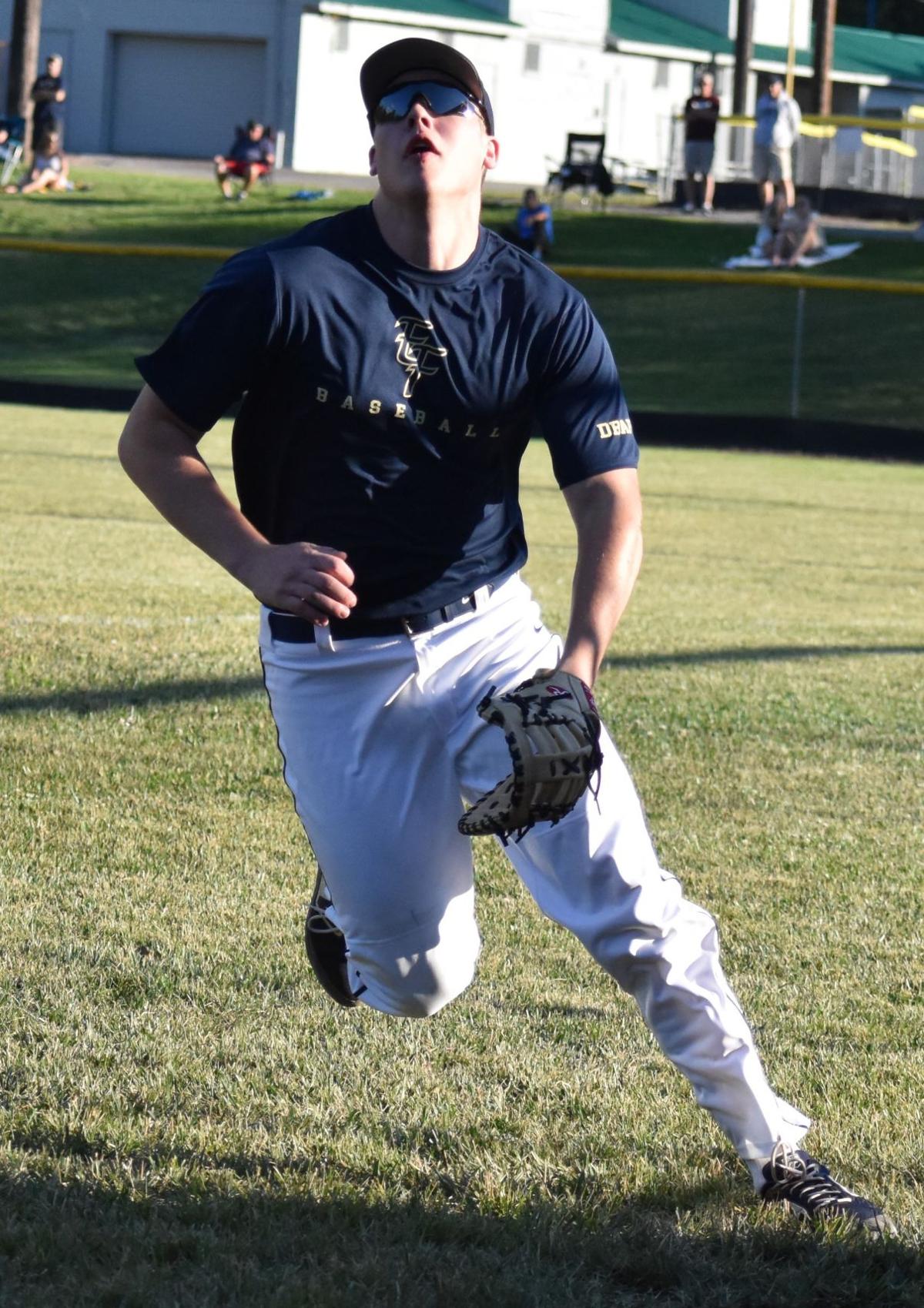 East Fairmont’s Avery Baker tries to track down a pop-up. 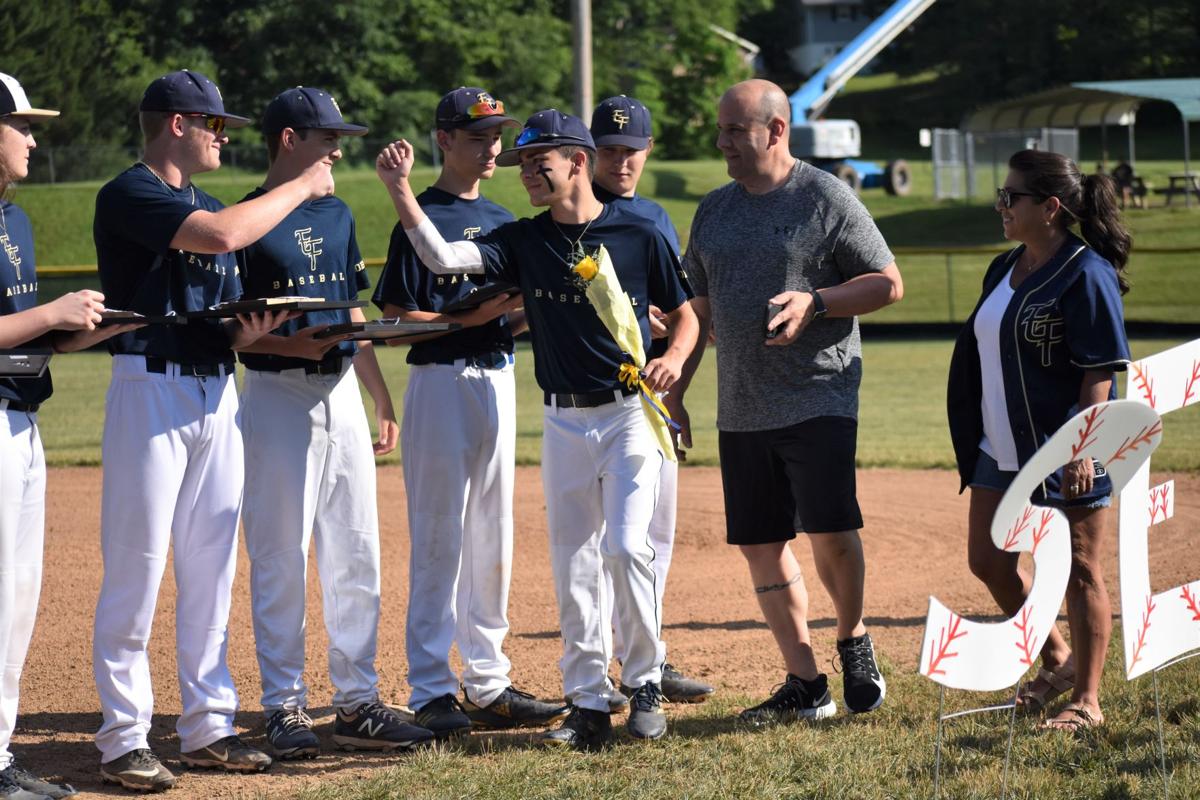 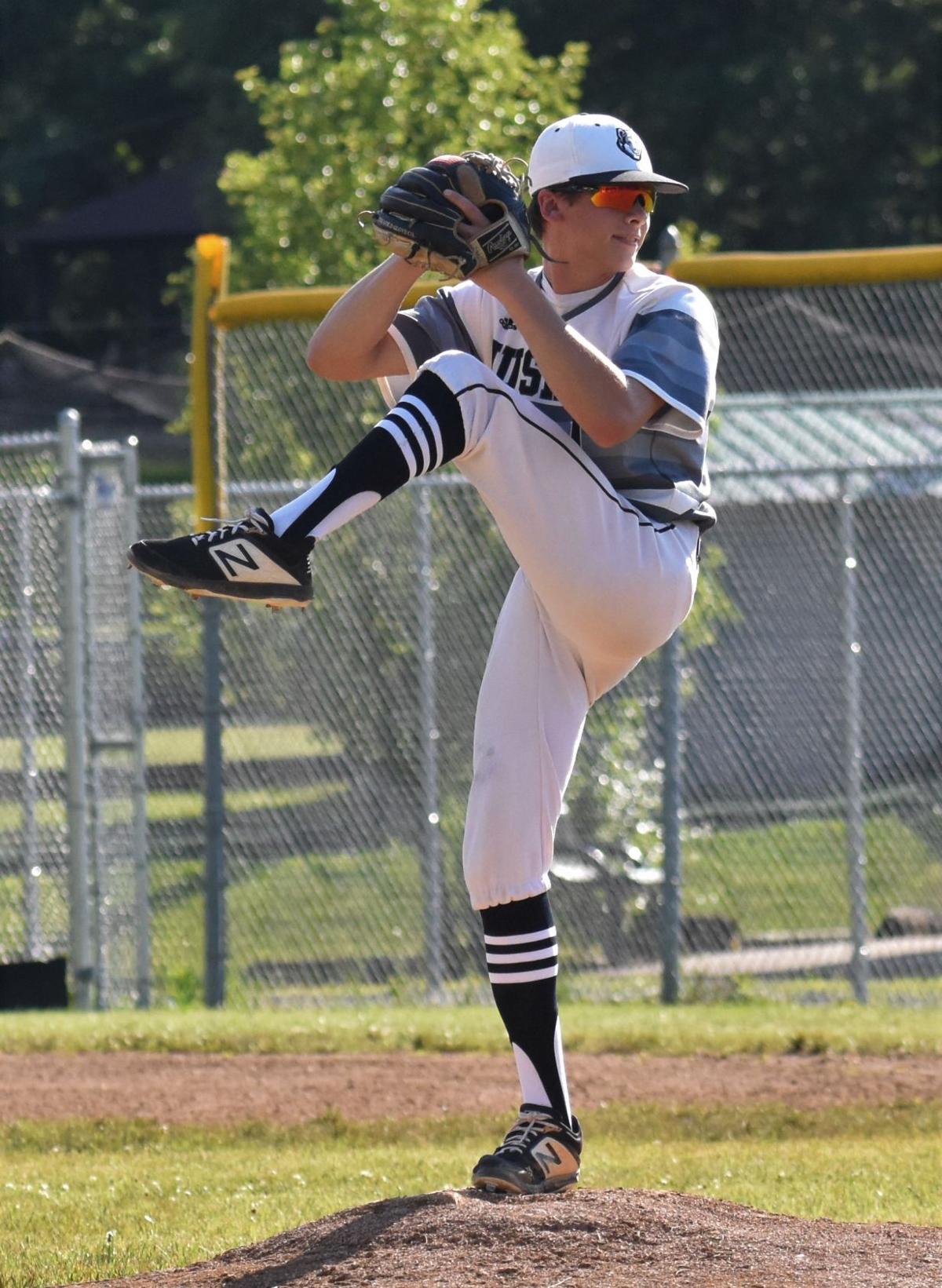 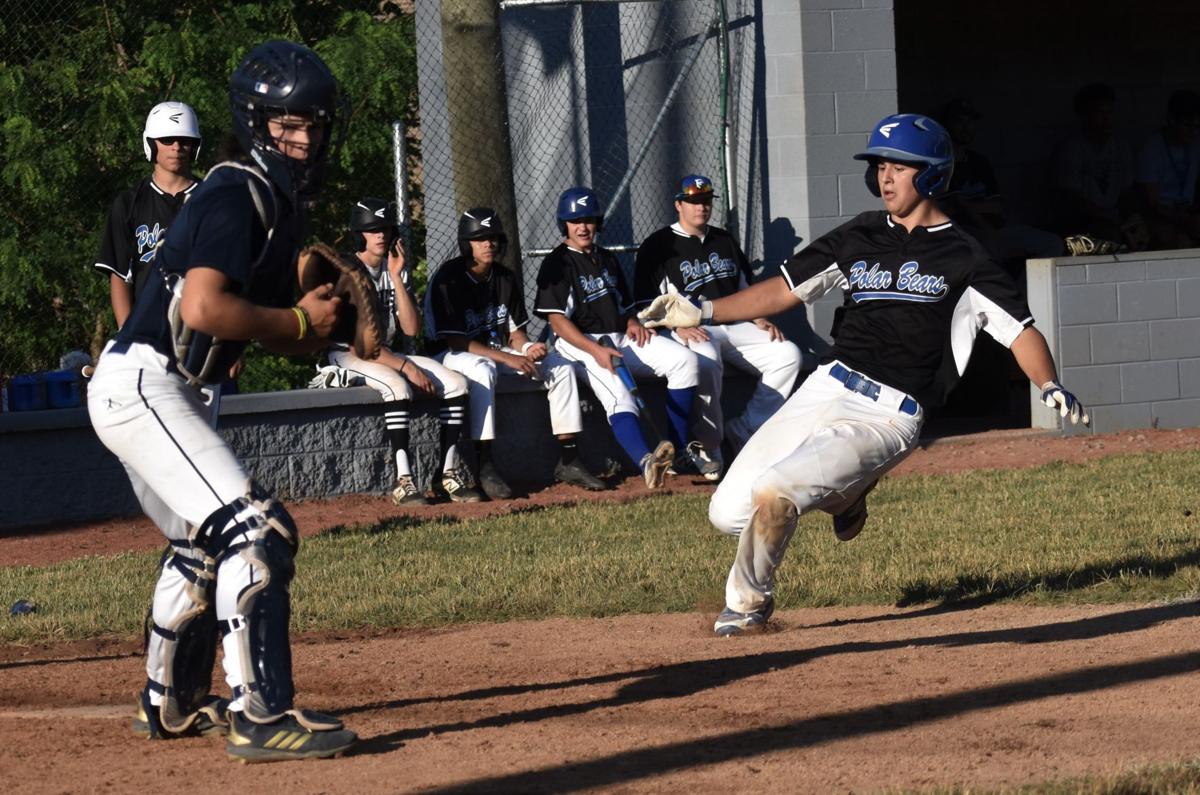 Fairmont Senior's Evan Dennison slides in for a run in front of East Fairmont catcher Will Sarsfield. 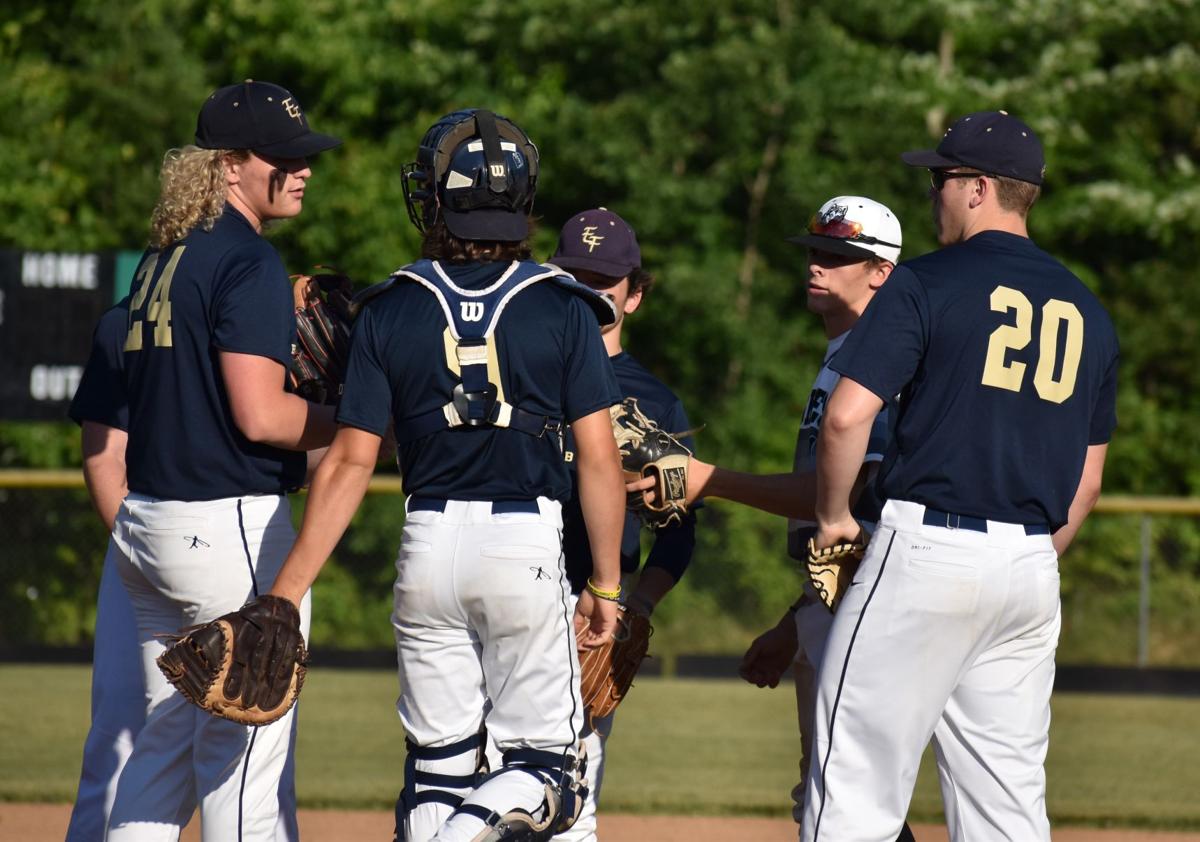 East Fairmont meets on the mound. 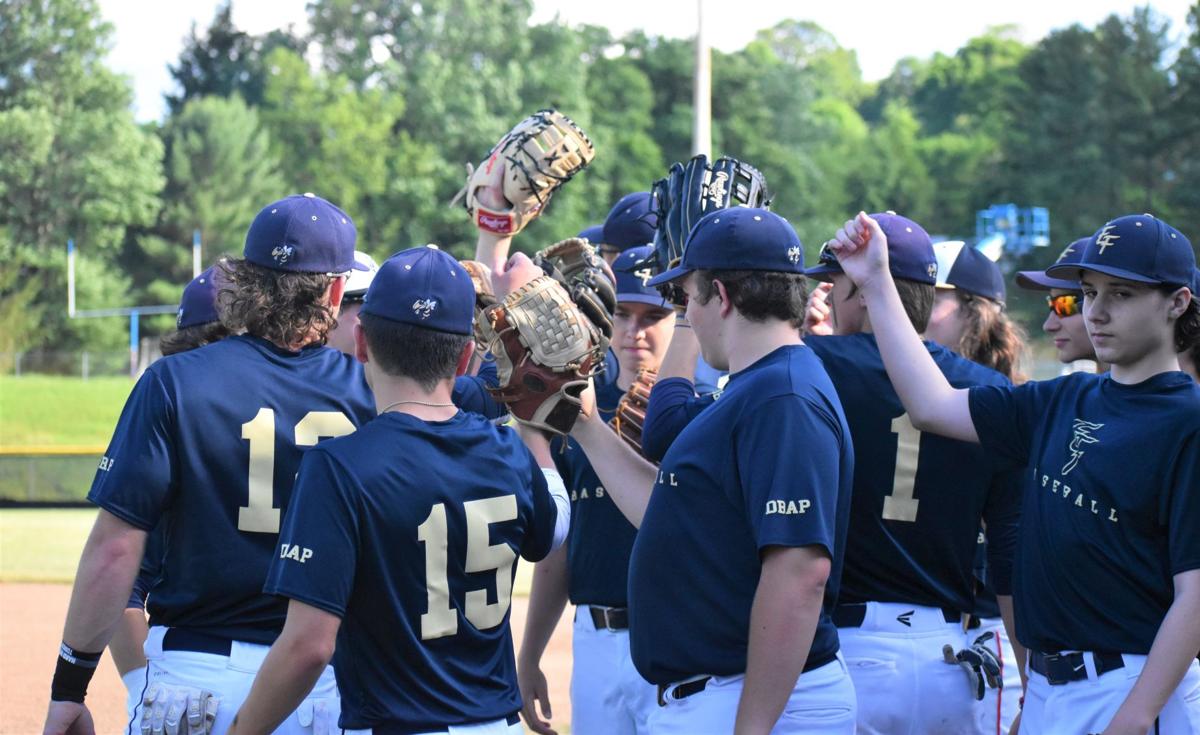 East Fairmont huddles together before taking the field. 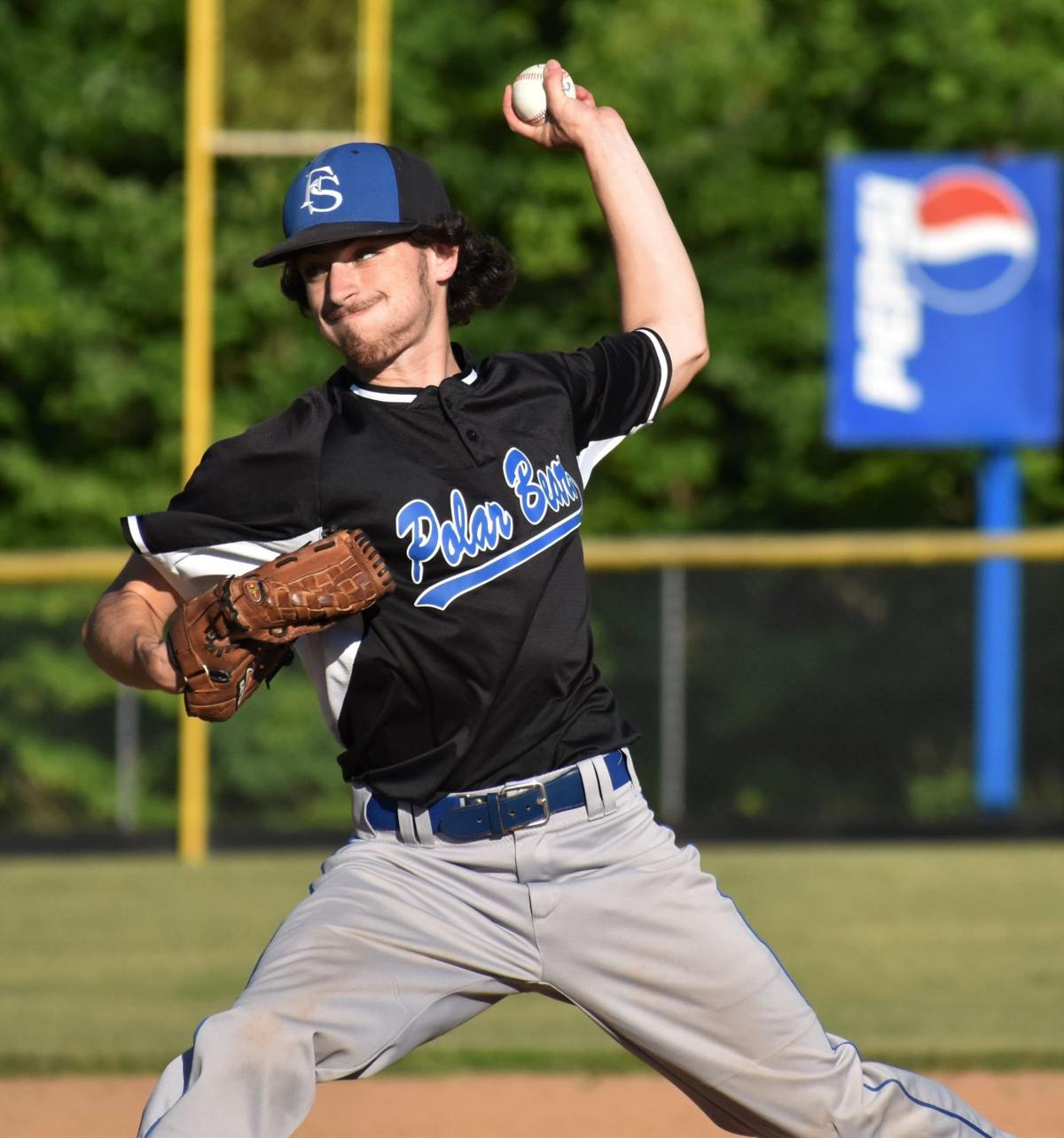 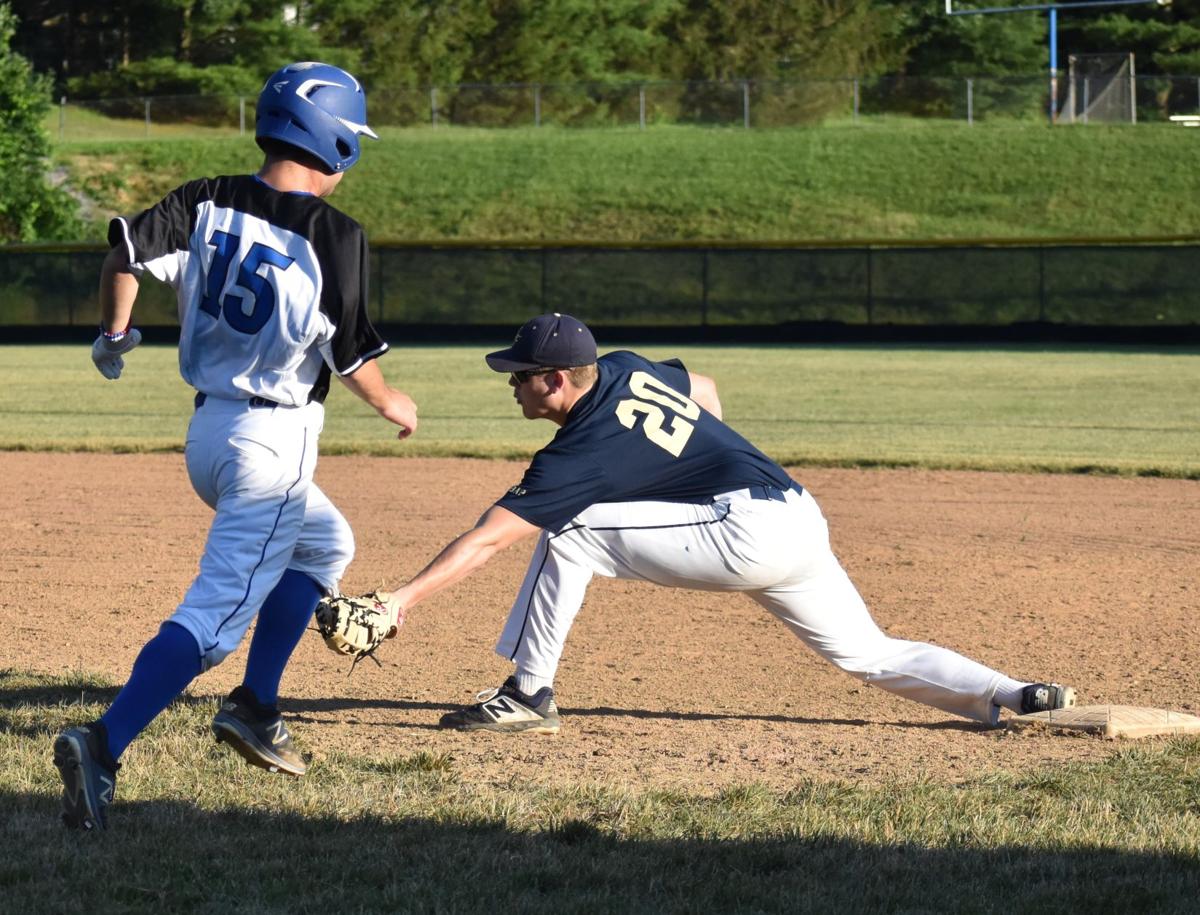 East Fairmont's Avery Baker stretches for an out as Fairmont Senior's Brandon Nichols runs to first. 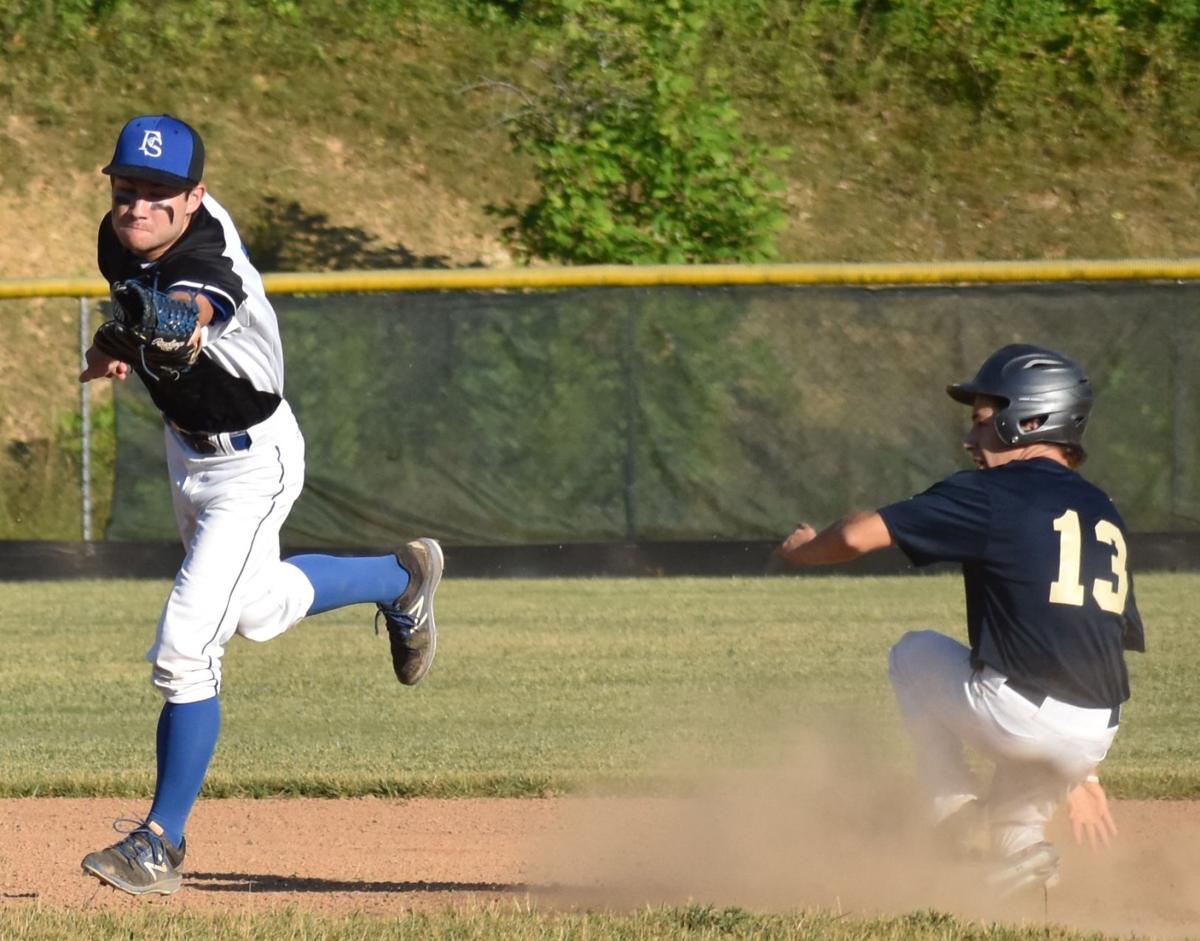 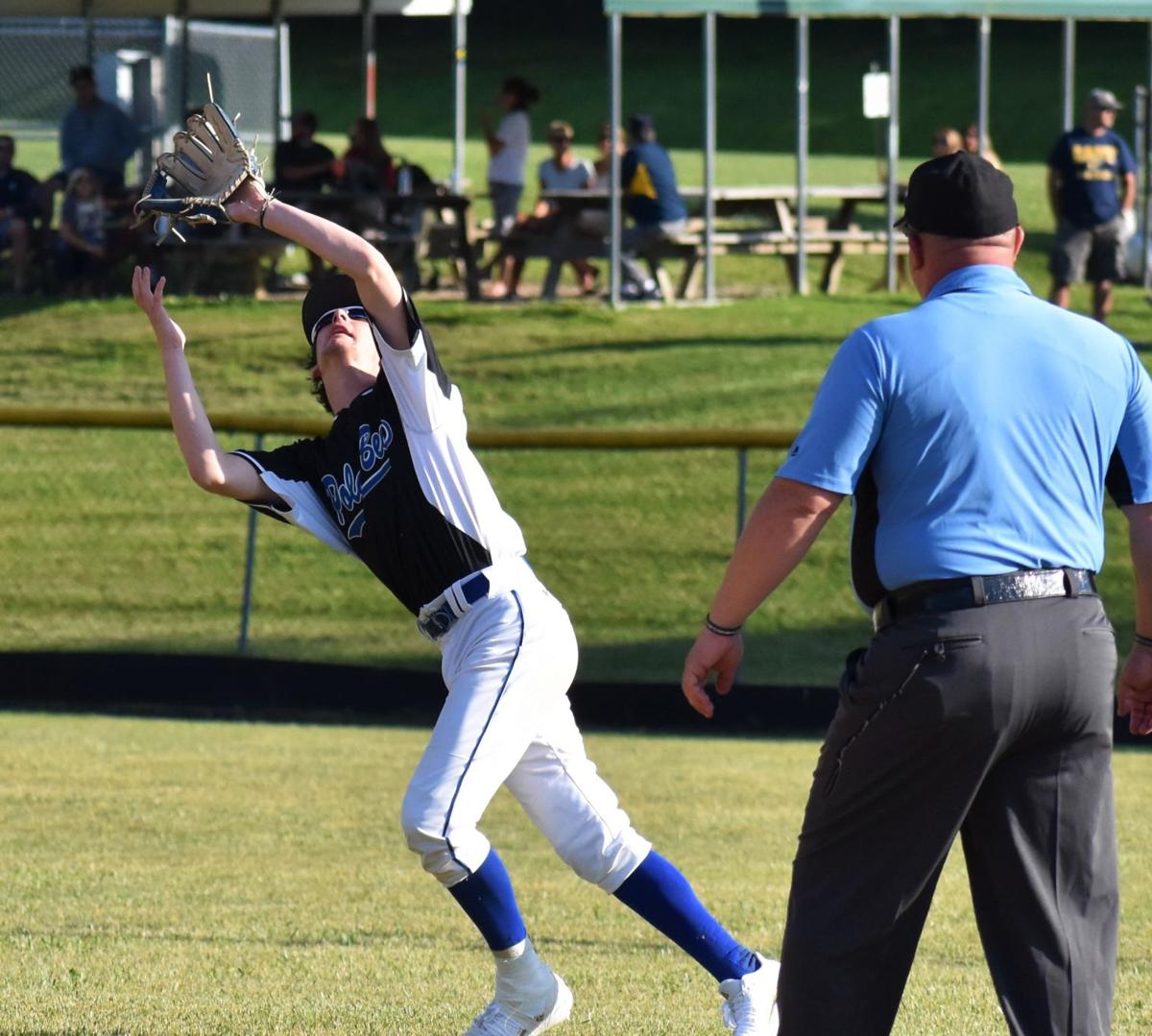 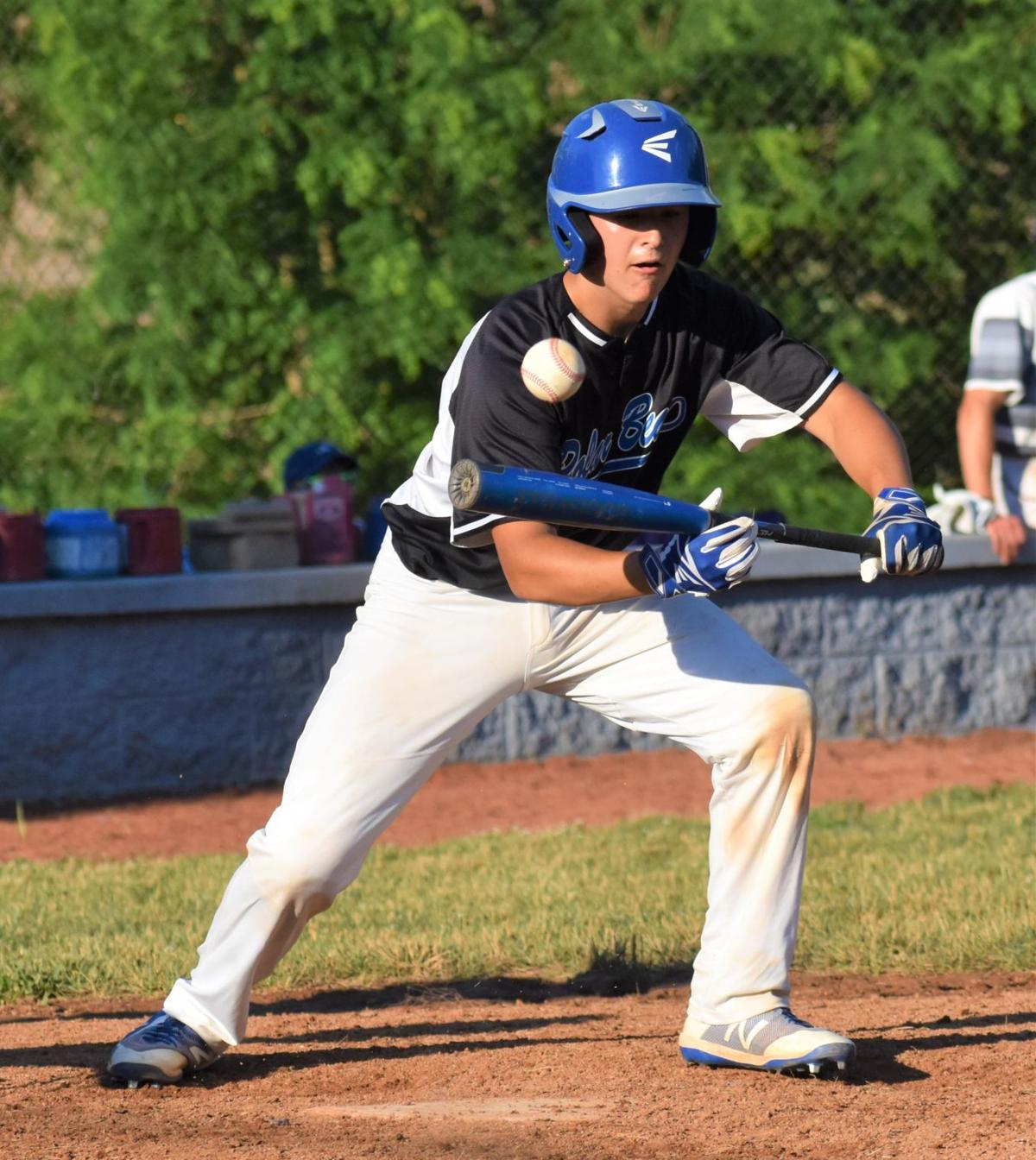 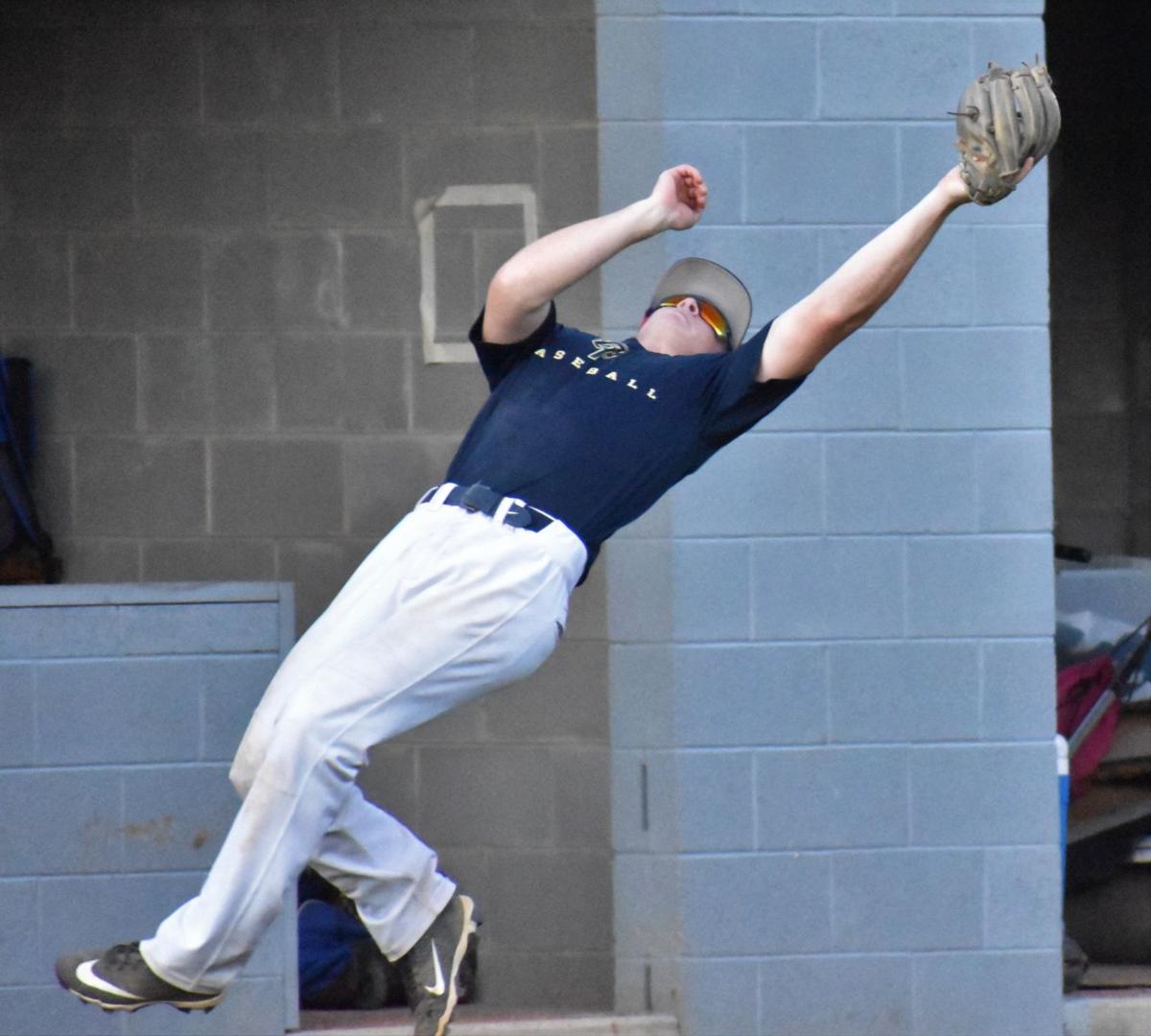 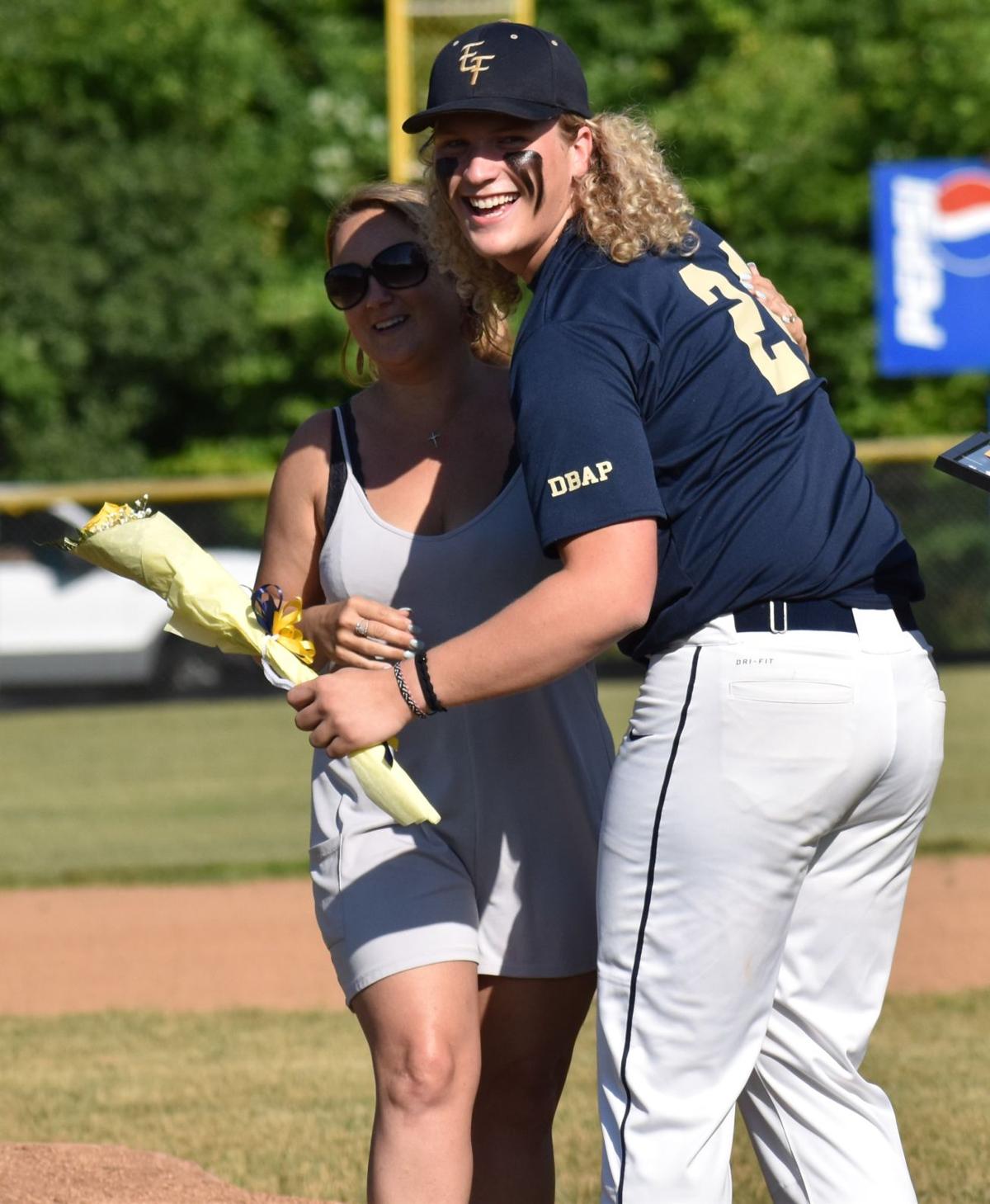 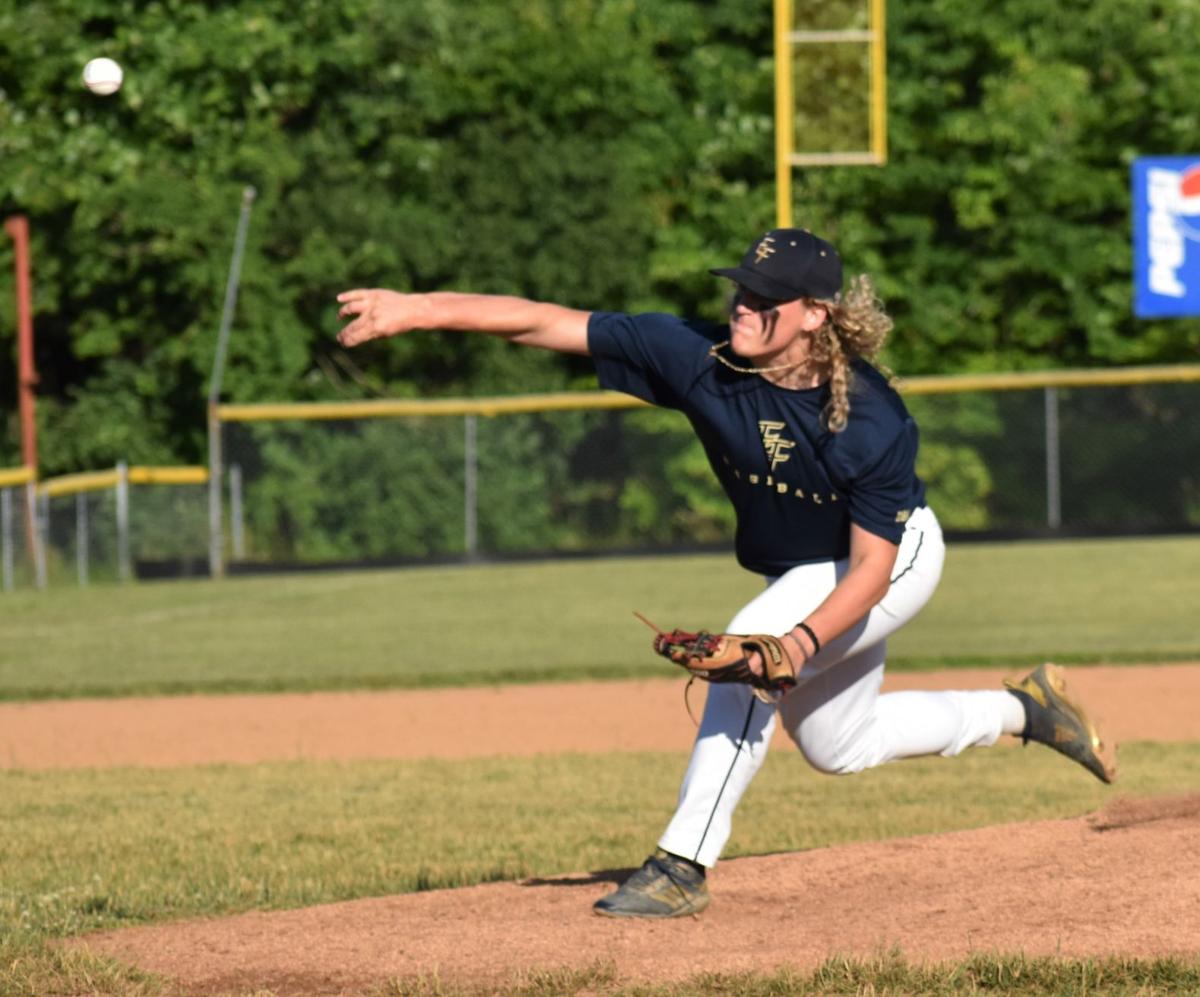 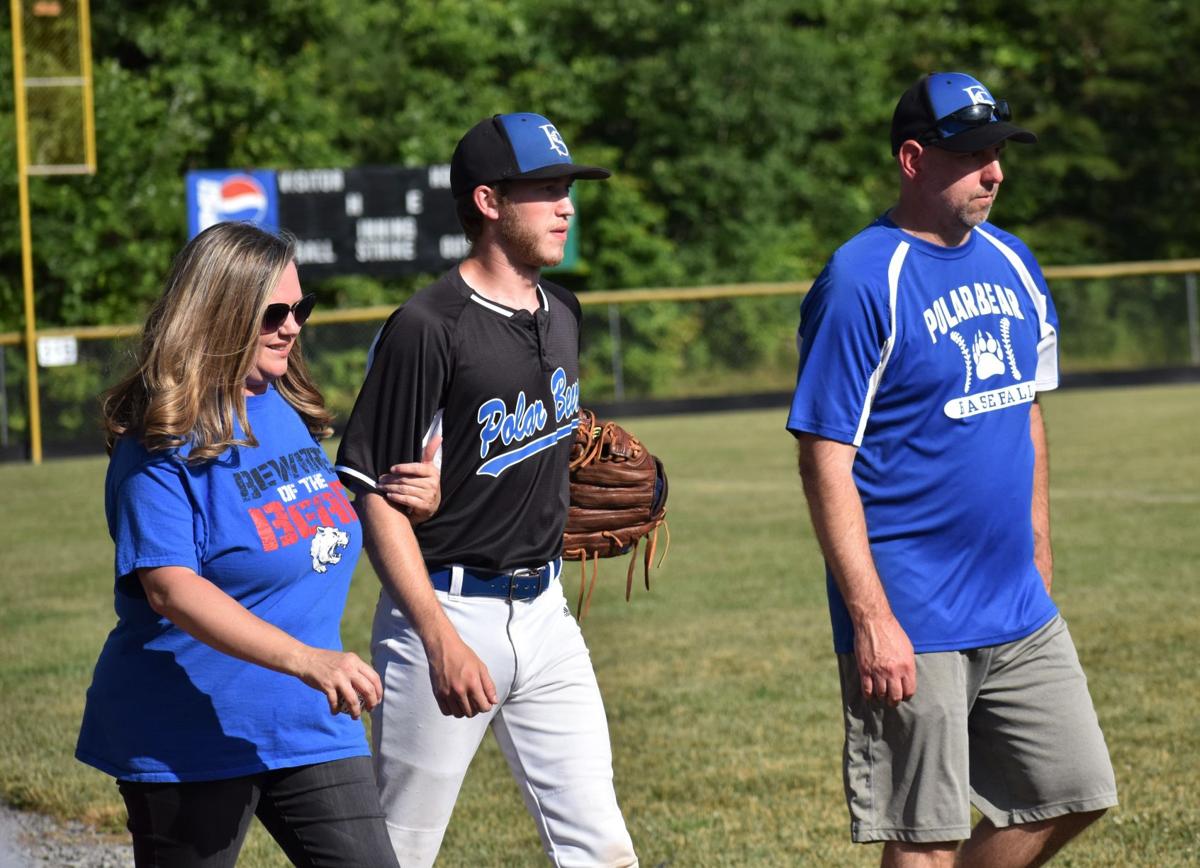 East Fairmont’s Avery Baker tries to track down a pop-up.

Fairmont Senior's Evan Dennison slides in for a run in front of East Fairmont catcher Will Sarsfield.

East Fairmont meets on the mound.

East Fairmont huddles together before taking the field.

East Fairmont's Avery Baker stretches for an out as Fairmont Senior's Brandon Nichols runs to first.

FAIRMONT — For decades East versus West has been a crosstown rivalry.

On this night, though, it was everything else.

Three long, ongoing months of the COVID-19 pandemic have erased sports seasons, wiped away graduations and spoiled proms across the state and across the country, but on Wednesday night, East Fairmont’s and Fairmont Senior’s 2020 baseball teams got a small snippet of it back between the foul poles and under the lights of the baseball diamond at Mary Lou Retton Park.

In the latest, certainly the oddest, and, perhaps, the most important installment of the storied East-West rivalry, East Fairmont and Fairmont Senior met in an unsanctioned and unaffiliated one-series 2020 season this week at Mary Lou Retton Park, complete with a full-on senior night ceremony for the Bees and Polar Bears prior to Wednesday’s series finale.

“It felt like my first pitch of ever playing a baseball game honestly,” said East Fairmont senior outfielder Ethan Harvey. “It was good to be back on the field — I miss baseball so I’m happy to get out here and play two games against our crosstown rival.”

“We were pumped,” said Fairmont Senior senior utility player Tanner Hoskinson. “We wanted to go play, and it just felt good to be on the field.”

The three-game series between the two rivals had all of the feel and legitimacy of an actual high school game despite the contests being unsanctioned and in no way affiliated with either East Fairmont nor Fairmont Senior High School. The series’ setup included nearly complete high school team rosters, paid umpires, a pregame National Anthem, a functioning scoreboard and a PA system. Wednesday’s finale also included a senior night ceremony for both teams in which players were introduced with family members and received plaques and flowers as their career accomplishments and memories were read over the PA system in commemoration of their four years in high school.

“I think it was important for them to get a little closure and also, honestly, probably for the parents to get a little bit of closure,” said Rob Saunders, who served as the coach of Fairmont Senior and partnered with East Fairmont’s serving coach, Alex Peschl, as the series’ architects. “I mean I think both of these senior classes love baseball, they really do it, and (the season being cancelled) was devastating for them, it really was.”

“It meant a lot to both teams to be able to come together and let the kids walk off on their own accord,” Peschl said.

Saunders, who is the father of Fairmont Senior senior centerfielder, Connor Saunders, and Peschl, who is the father of East Fairmont junior pitcher and third baseman, Cole Peschl, were the two men most responsible for the feel-good event as they coordinated the game’s setup in terms of place and date, contacted the players, and, ultimately, coached the two teams.

“Rob and I have both been a part of these kids’ lives for a long time,” Peschl said. “We know they’re all friends. They’ve played together and against each other for many years, but I think they’re friends first.”

“It was good to let them get together and do it together,” added Saunders. “Even though this is East-West, these kids are really close with each other.”

“You grow up with these guys, they’re your friends, so it’s always good to be with them,” Hoskinson said. “It was honestly just really nice. I didn’t think I was gonna have the chance to get back on the field and play as a Polar Bear.”

The series setup between the Bees and Polar Bears followed all of the current rules and regulations put forth by the state governor’s office as well as the West Virginia Secondary Schools Activities Commission. The series was a non-sanctioned event and not affiliated with either high school. The location of the event at Mary Lou Retton Park was allowable because it’s a public park and not school affiliated — despite it serving as Fairmont Senior High’s home field — and the start of the series was pushed back to Tuesday from Saturday to comply with the Gov. Jim Justice’s orders regarding spectators, Peschl said.

The series conceptualized by Saunders and Peschl was first intended as a round robin tournament involving all three county teams of East Fairmont, Fairmont Senior and North Marion, but the Huskies couldn’t get enough players to participate to field a team. Without North Marion in the picture, Saunders and Peschl instead opted for a three-game series between East and West, with a junior varsity game debuting on Monday before back-to-back varsity games on Tuesday and Wednesday, with Wednesday’s finale designated as an unofficial senior night for the seven seniors for the Bees, five for the Polar Bears, and one for the Huskies in Levi Clemens, who actually played for both East Fairmont and Fairmont Senior during the series while still wearing his North Marion uniform. “Levi is a part of that same group with the East seniors and the West seniors,” Saunders said. “They’ve grown up together and he’s close with both sets of kids in that senior class, and we wanted him to be able to be recognized for that.”

Each of the 12 seniors who suited up out of the 13 total started in Wednesday’s finale, which saw East Fairmont nab the clean sweep over their county rivals with a 6-5 victory that followed a win in Monday’s JV game and a 9-8 victory in Tuesday’s initial varsity matchup.

“I’ve played with at least half of these kids on the same team and I’ve played against the rest my entire life in multiple sports. It’s good to joke around with them, but at the end of the day, whoever is on the opposite side of the field is just like any other team,” Harvey said. “We wanted to win. We wanted to 100 percent win. We ended our season to them the past few years, so that’s in us where we wanted to win.”

East Fairmont achieved the 3-0 series sweep in Wednesday’s final showdown with a formula similar to the one the Bees’ seniors have practiced their past four high school seasons: Strong pitching and diligence in the batter’s box and on the base paths.

Rohrbaugh was the catalyst on the mound as he got the start and pieced together a strong outing. Over the first five innings, he allowed just four base hits and one walk, and just one of his four runs allowed was earned. He also took care of plenty of Polar Bears in efficient fashion as he struck out seven batters in the first five innings and recorded 1-2-3 frames in the bottom of the first and fourth innings to power the Bees to a 6-4 lead heading into the sixth.

Offensively, the Bees tallied a trio of runs in the top of the second to take a 3-0 lead and then picked up two more in what turned out to be a decisive fourth inning after the two rivals entered the fourth knotted up at 4-4. Casuccio led off East’s efforts in the box in the second when he dinged a two-out single in the gap, and then Rundle reached on an error to give the Bees a pair of base runners. Harvey and Rohrbaugh took care of the rest as each whacked an RBI single, with an RBI walk from Cole Peschl wedged in between.

West, however, got all three runs back in the inning’s bottom half after a couple of East errors. Evan Dennison got the frame started when he lined a double to center, and then a beat-out RBI single by Kyle Brubaker was accentuated by two East errors that saw two more West runs come across.

East retook the lead at 4-3 on a sacrifice fly by Rundle in the top of the third, but Edwards, who got the start for West on the mound before giving way to Saunders, rallied to notch an inning-ending strikeout and get out of trouble relatively clean after the bases were loaded with just one out. In the inning’s bottom half, the Polar Bears’ bats again battled back to erase the deficit, this time on an RBI double by catcher Caden Miller that tied the game at 4-4.

The top of the fourth, however, was the difference maker for the Bees as they recorded a pair of runs before pitching and defense brought home the win. The Bees didn’t register a hit in the inning, but drawn walks by Rohrbaugh and Postlewait provided base runners and a series of wild pitches by West provided the needed ammunition to pull ahead for good over their old foes...and friends.