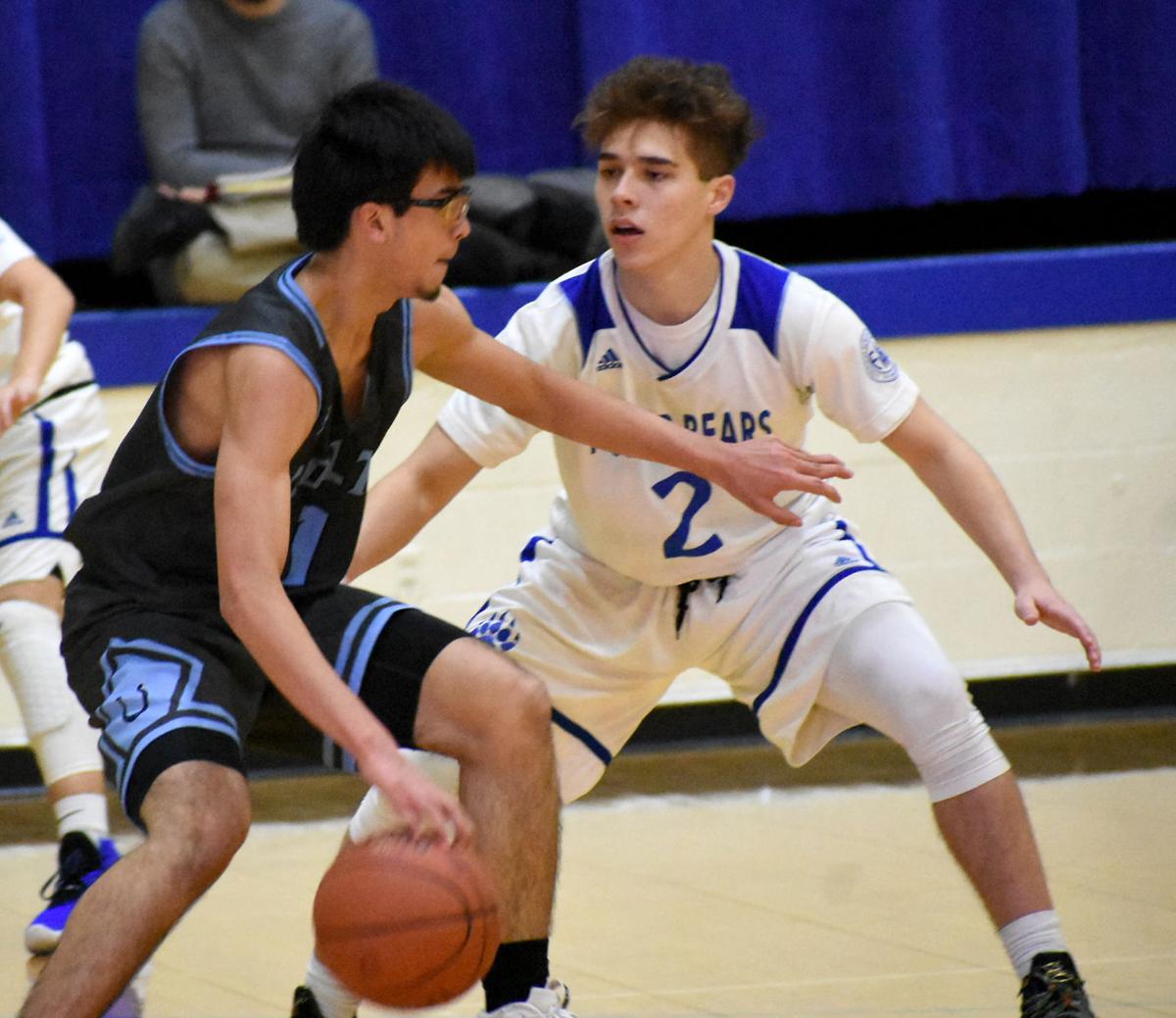 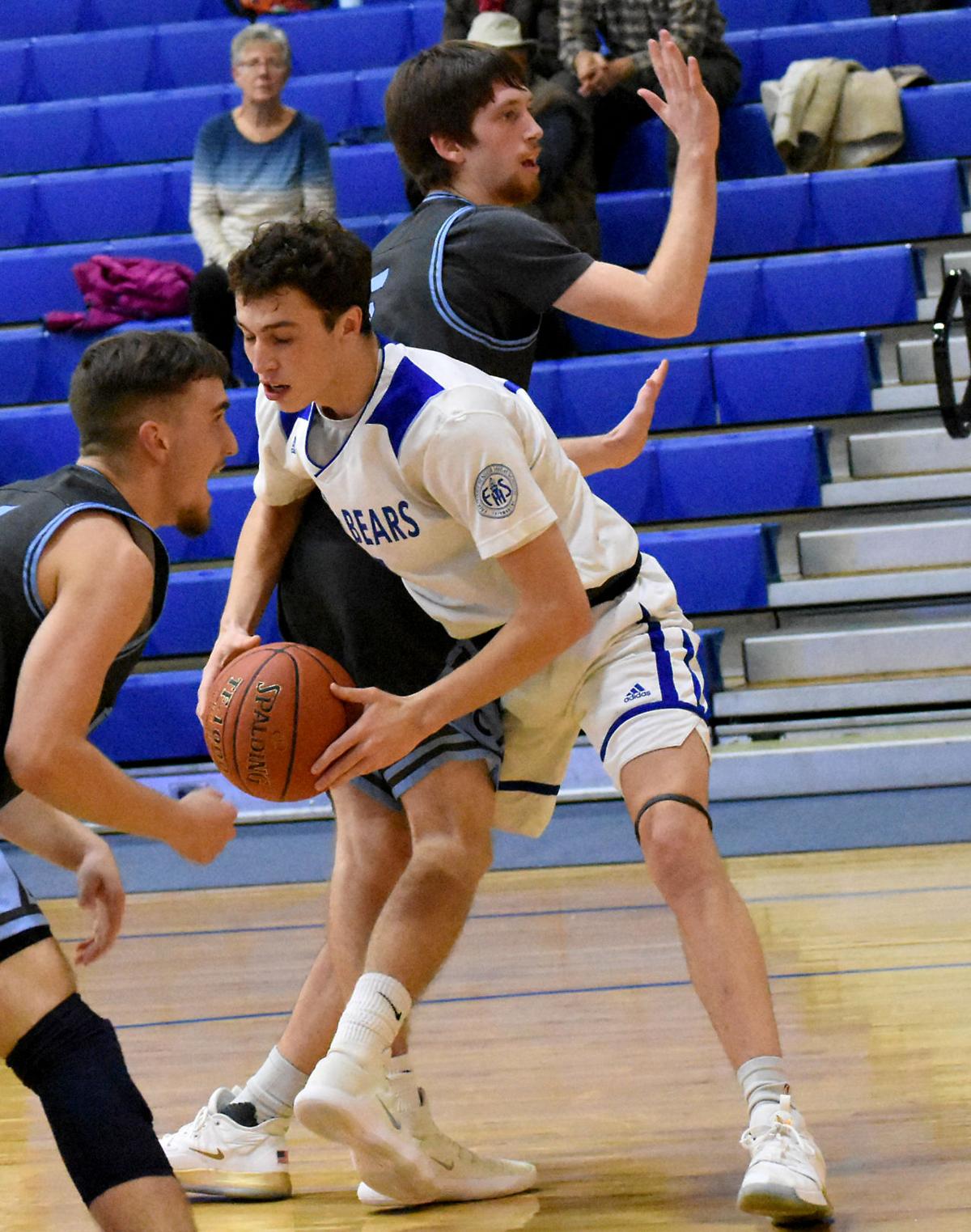 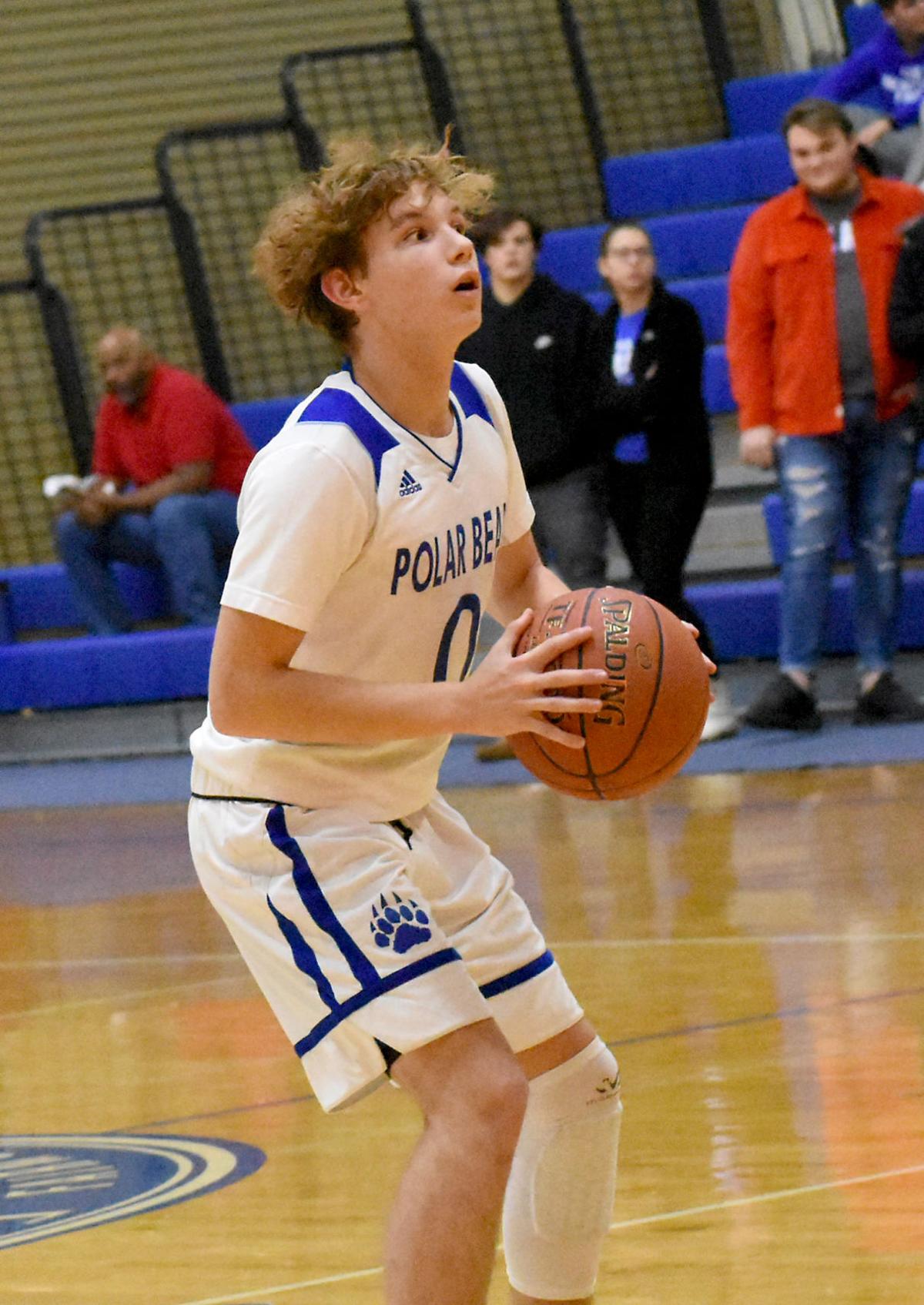 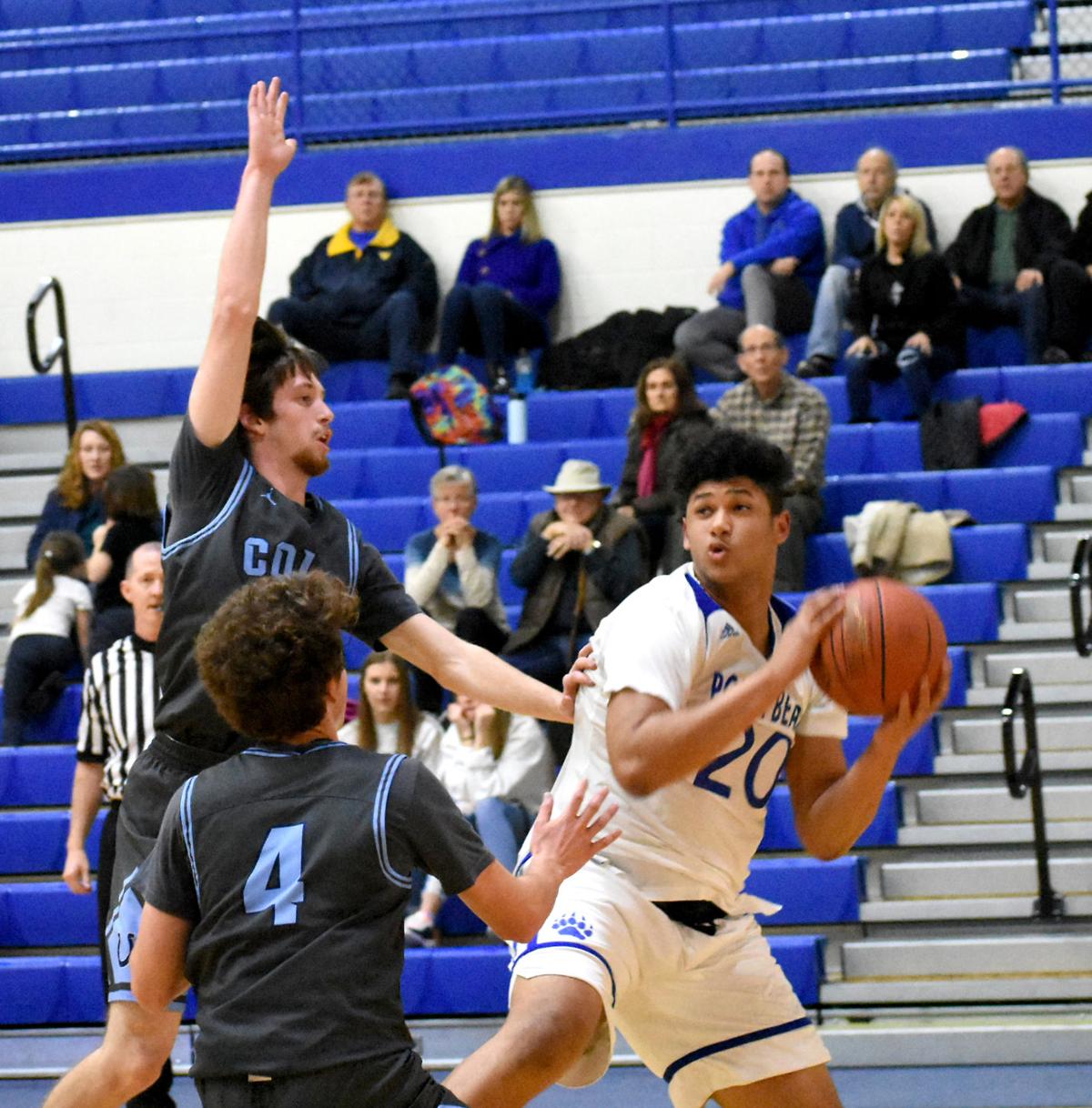 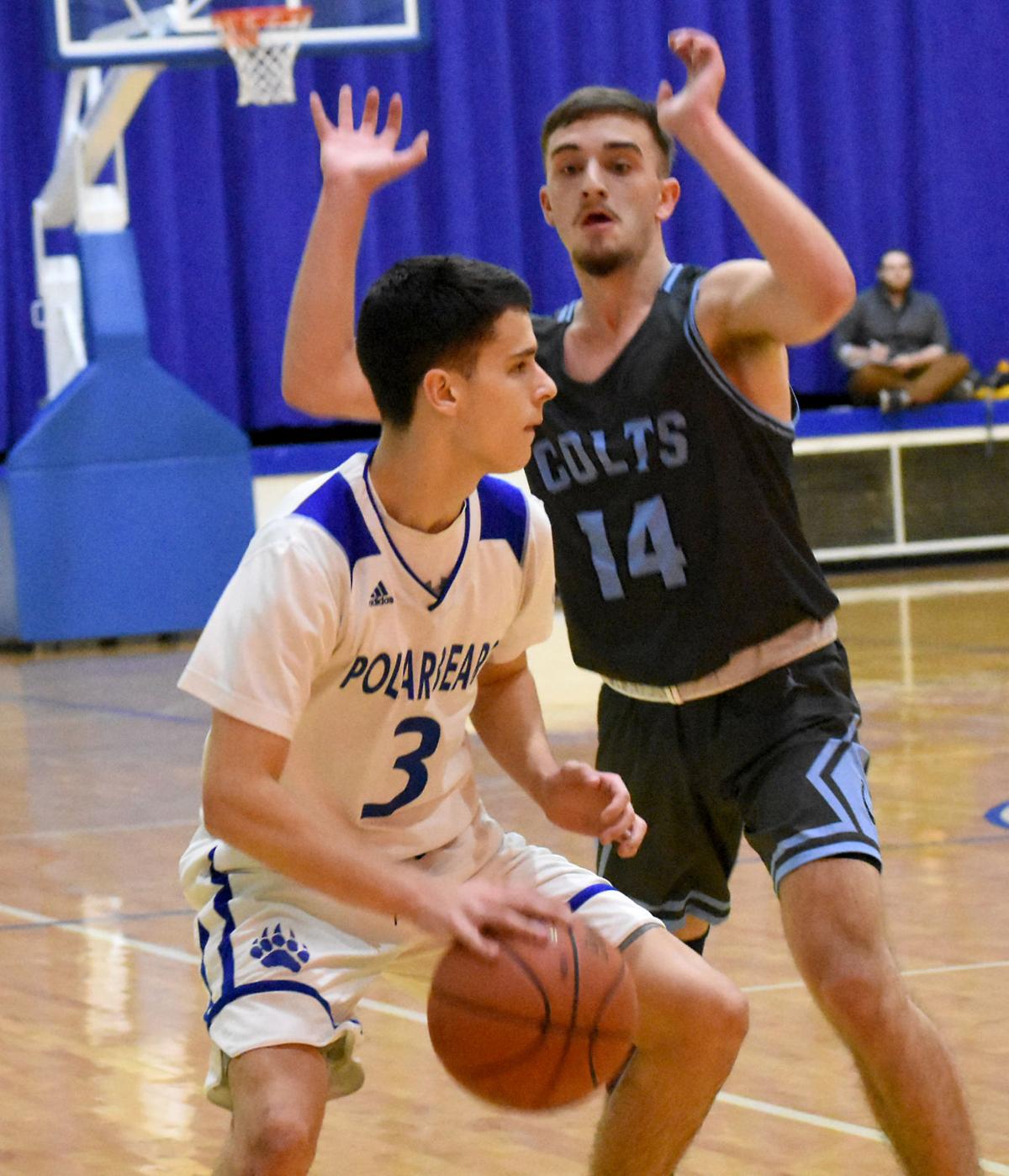 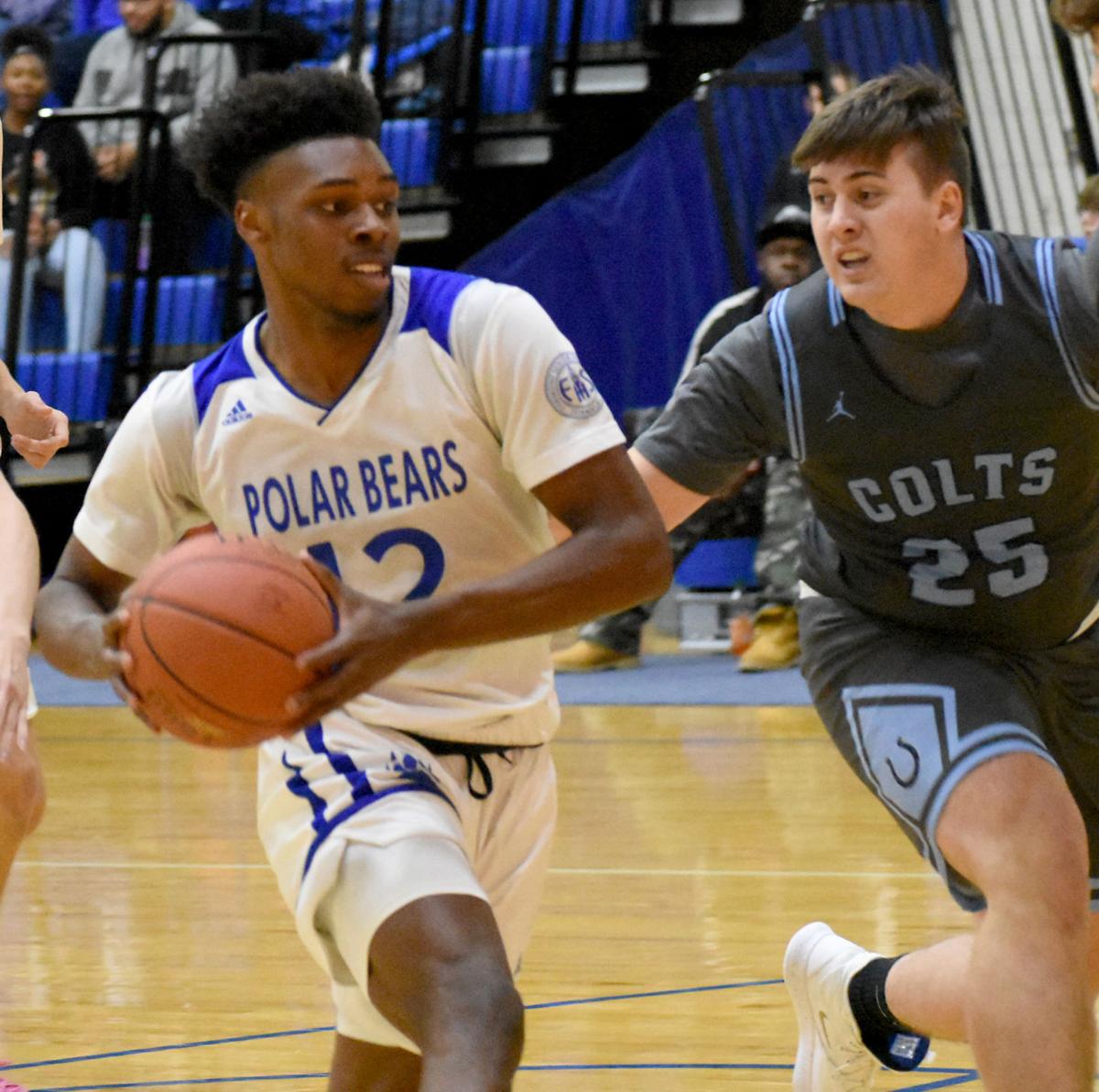 FAIRMONT - Philip Barbour's trip to the Fairmont Senior Armory on Wednesday night was about more than the game of basketball -- and that couldn't have been any more clear from the opening tip-off onward.

The Colts stormed the Armory with a vengeance as they forced four turnovers before the Polar Bears could make it on the scoreboard and held their host to just two points in the first quarter — from there, Fairmont Senior would fail to trim the gap back under double-digits, as the Colts would cruise to a 61-40 victory.

"I think we came in with a lot of energy just remembering what they had done to us the past couple years — it's a personal thing," said Philip Barbour junior Jedidiah Hawkins.

"They kept their starters in during the fourth quarter up by fifty last year. This game really meant something, and we wanted to bring that energy and show them what was up this year."

It was all about the effort on the defensive end of the court for the Colts, as they forced eight turnovers in the first quarter alone and 17 overall — Fairmont Senior would be held to just 19 points through the first three frames of play.

“I thought our defense played really well — they only scored two points in the first quarter and four in the third. We knew were [Jaelin] was, and we played team defense the whole night. Our hands were on many loose balls, and hats off to our boys for playing good defense,” Philip Barbour head coach Marcus Johnson said.

“We need to make plays that are there, we need to slow down, and we need to get our eyes up. There’s not just one thing we’re doing wrong offensively, there are different things — we have multiple issues in regards to taking care of the basketball,” Fairmont Senior head coach David Retton said.

The Colts would also put forth a strong performance in the rebounding department, outperforming Fairmont 32-20 on the glass. Many of the boards Philip Barbour pulled down would come on the offensive end, allowing numerous second-chance opportunities for the Colts.

“It was a result of five guys going at it — all five were going after all the rebounds and every loose ball they saw. I told them in the locker room before the game, I want five guys hitting the boards. Don’t just settle for one guy trying to get a rebound,” Johnson said.

“Starting the season, we didn’t rebound very well. That was a big focus point the past couple weeks in practice and during the pre-game talks — rebounding is how we’re going to win games, and that’s what we did tonight,” Hawkins said.

13 players would see the floor for the Colts and 10 would contribute to the scoring as they used a deep bench to continue wearing down the Polar Bears and keep their energy and momentum rolling.

“You can wear people down, and that’s our goal, is to wear other teams down. Everybody being a little part of that, each guy giving their all — there are no weak spots, and that’s what we want,” Johnson said.

Retton was disappointed with his team’s performance as a whole following the contest and said there are many facets of the team’s game that need to improve before the squad can return to its typical winning ways.

"We didn't rebound, we didn't shoot well, we didn't play defense, and we threw the ball away — there's not a whole lot I can look at and say we did well tonight," Fairmont Senior head coach David Retton said.