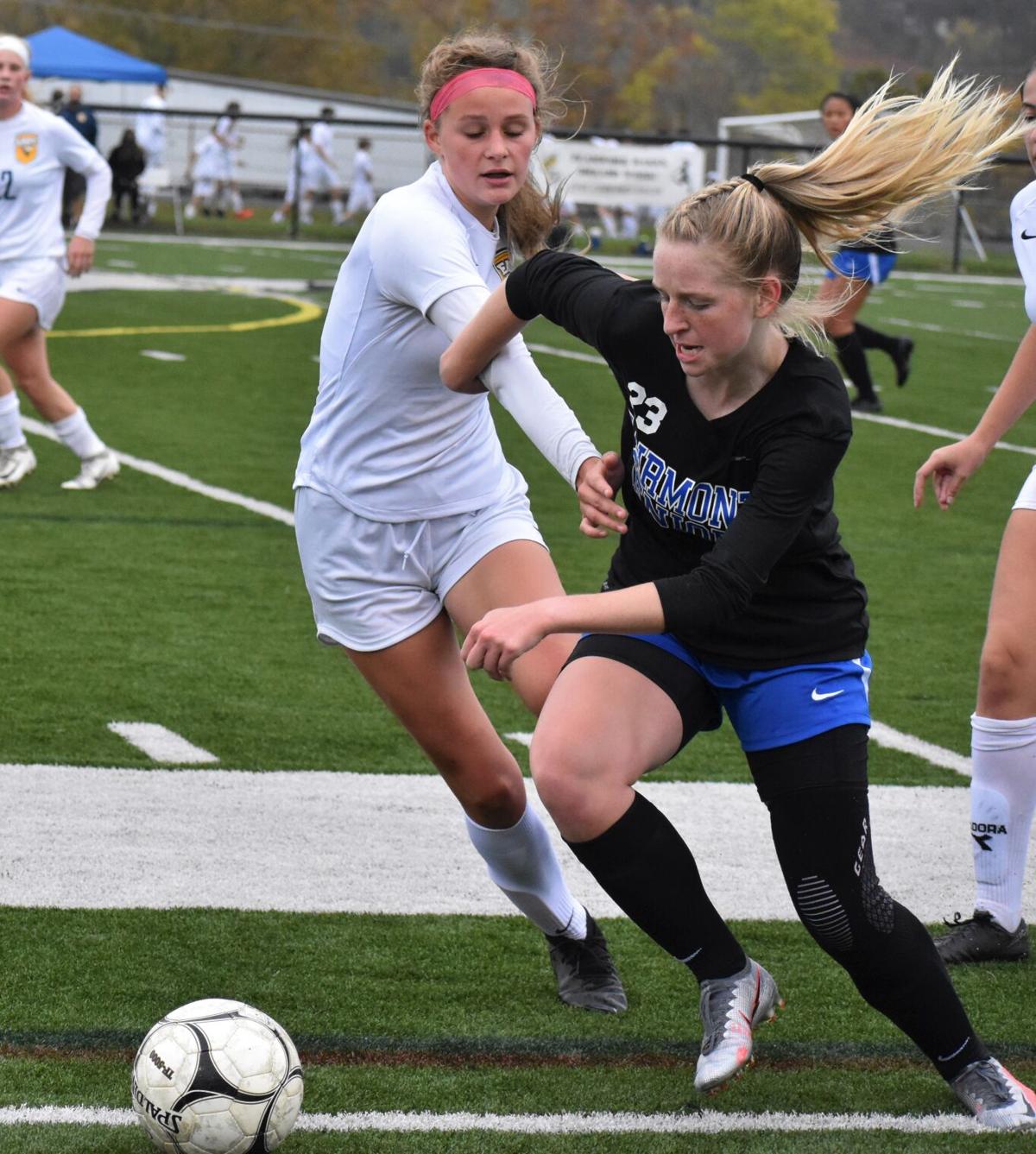 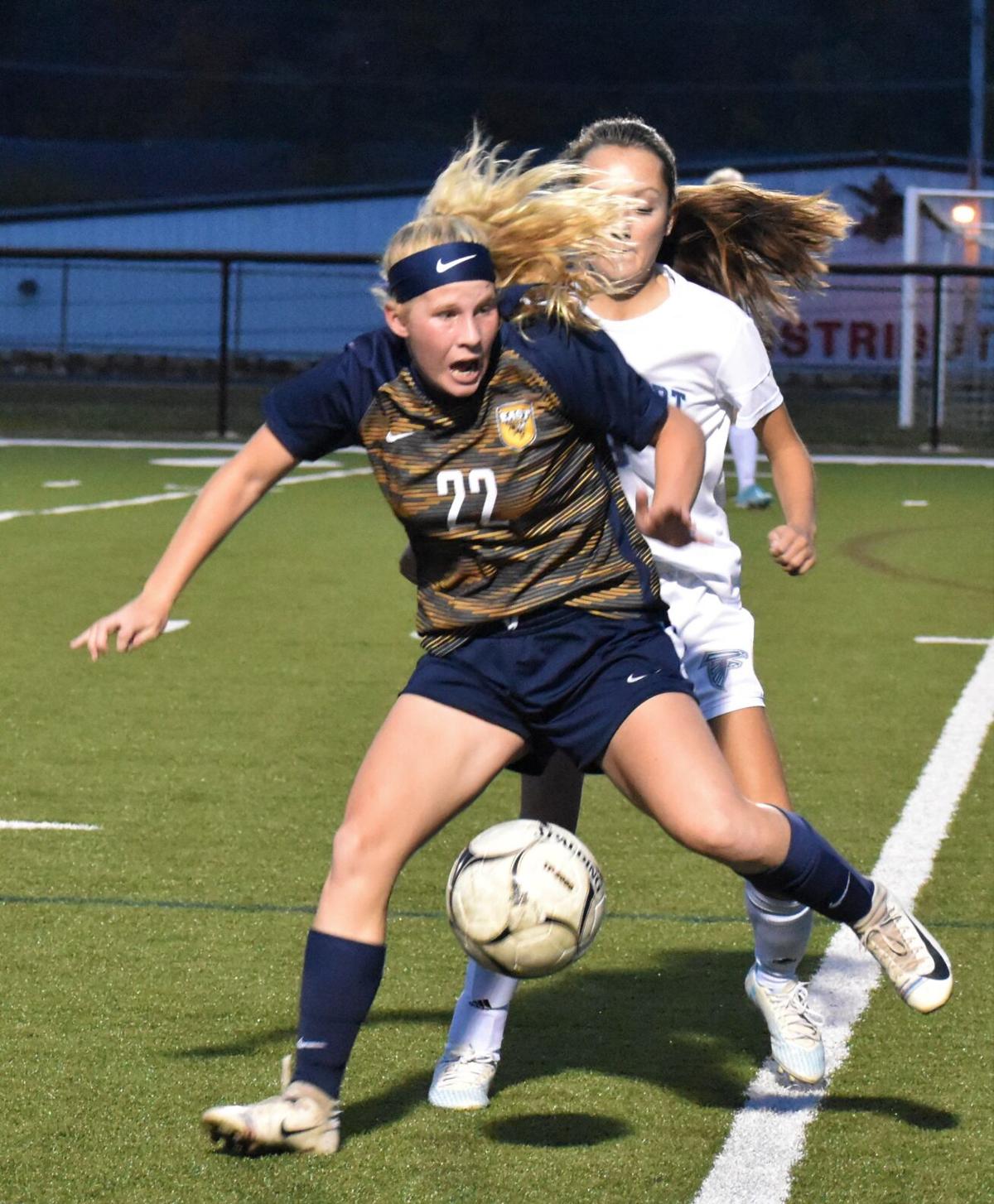 The duo of Lemasters and Maxey were first team selections for a trio of postseason squads, with the state soccer coaches’ association releasing both its all-state and all-regional teams and the Big 10 Conference also releasing its all-league team. Lemasters, a senior for the Lady Polar Bears, and Maxey, a freshman for the Lady Bees, were the lone county players to earn first team nods on all three teams.

Lemasters, who capped off a brilliant career at Fairmont Senior by leading the Polar Bears to a 17-3-1 record and the school’s third-ever state championship game, was the engine of FSHS’s offense all season. Armed with supreme technical skills, Lemasters created space and scoring opportunities for herself and others on a whim, as she finished with a team-high 29 goals to go with eight assists in 21 games this season.

Lemasters missed all of her junior season due to a knee injury, but now ends her Fairmont Senior career with first team all-state and all-regional nods from the West Virginia High School Soccer Coaches Association (WVHSSCA) as well as a first team all-conference spot from the Big 10.

Maxey, meanwhile, just started her career with the Lady Bees this season as a freshman, but she immediately became the offensive heartbeat of an East Fairmont squad that finished 14-7-1 and sectional runners-up. Maxey was a dynamo in space flipping the field, and she also had the technical chops to unearth scoring chances in tighter spaces. In addition to her direct scoring output, Maxey thrived all year long in the game’s grittier aspects, such as possession battles in the midfield and constant defensive pressure.

North Marion’s own top scorer in senior Karlie Denham swept up plenty of postseason recognition as well. Denham joined Lemasters and Maxey as a first team all-regional and All-Big 10 selection, and she was named second team all-state by the WVHSSCA. Denham, who was the top priority of every opponent game plan, dazzled with her speed and shot power atop North Marion’s formation while leading the Lady Huskies to a 7-8-2 record and a sectional semifinal berth.

Denham was the lone North Marion player to earn recognition on the WVHSSCA all-state and all-regional and Big 10 Conference teams.

Each of Fairmont Senior and East Fairmont had multiple players outside of Lemasters and Maxey, respectively, earn postseason honors.

For the Lady Polar Bears, goalkeeper Rebecca Cox, and midfielders Sidney Greene, Adaline Cinalli and Emma Hedrick also received accolades in some capacity, while the Lady Bees had goalkeeper Kayla Black, defenders Kaylee Kenney and Rylee Church, and midfielders Lilly Miller and Makayla Comas earn spots on at least one of the teams.

East Fairmont coach Eric Wright was also named the WVSSCHA Region I Coach of the Year after he led the Lady Bees to a 14-7-1 record and a second-consecutive sectional championship game. The 14-7-1 record was the program’s best since 2017 when East Fairmont went 14-6-3.

For Fairmont Senior, Greene and Cox were represented on each of the WVSSCHA all-state and all-regional and Big 10 Conference teams.

Greene, who was a sturdy, physical presence for the Lady Polar Bears as a senior captain defensive midfielder, was named second team all-state, second team all-conference and first team all-region. She finished the season with three goals and three assists. Cox, meanwhile, took momentous strides in the net for the Lady Polar Bears this season as a junior, and her improvements were recognized with a second team all-state and all-conference nod as well as a first all-region spot. Cox recorded 117 saves for FSHS in goal, good for 5.6 a game.

Cinalli, a sophomore midfielder for the Polar Bears, was named to the all-region first team and all-conference second team, and she also received all-state honorable mention. Cinalli ranked second on Fairmont Senior with 17 goals and seven assists. Hedrick, a senior for FSHS, was named to the all-conference second team and all-region second team after tallying five goals and four assists in her final go round with the Lady Polar Bears.

Among the Lady Bees’ other honorees, Miller, Comas and Black were represented on two of the three all-state, all-region and all-conference teams.

Miller, a senior captain, was a second team pick for each of the all-state and all-region teams after recording five goals and seven assists. Comas and Black, meanwhile, were each first team all-region selections while also earning all-state honorable mention. Comas, a junior, was a vital contributor as a ball handler and creator for the Bees as she finished the season with two goals and four assists. Black, a senior, returned to the Bees after a one-year hiatus and took on a new duties as goalkeeper where she was a fabulous, recording 85 total saves.

Church, a senior along East Fairmont’s backline, finished her career with the Lady Bees with a second team All-Big 10 selection as well.