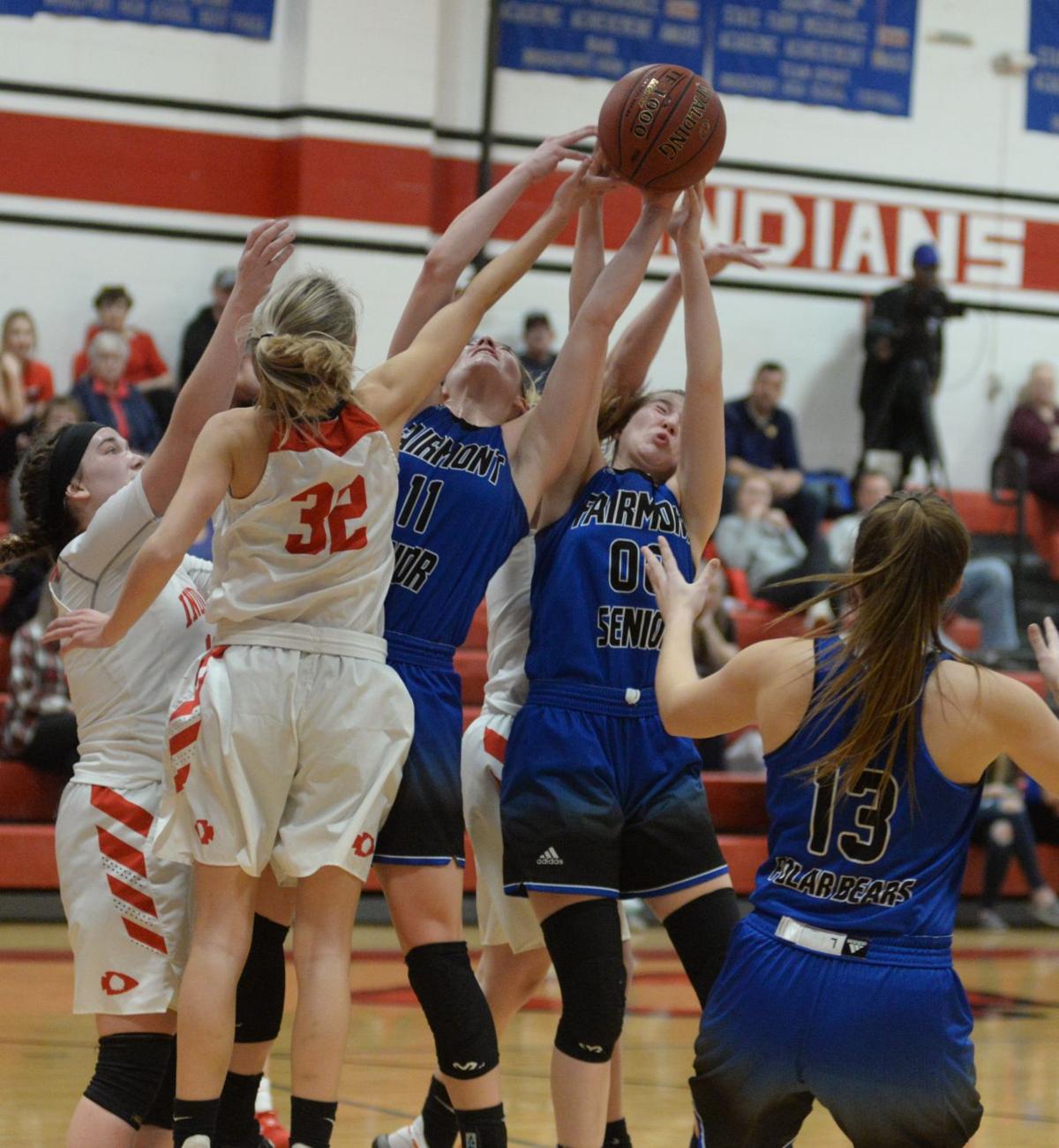 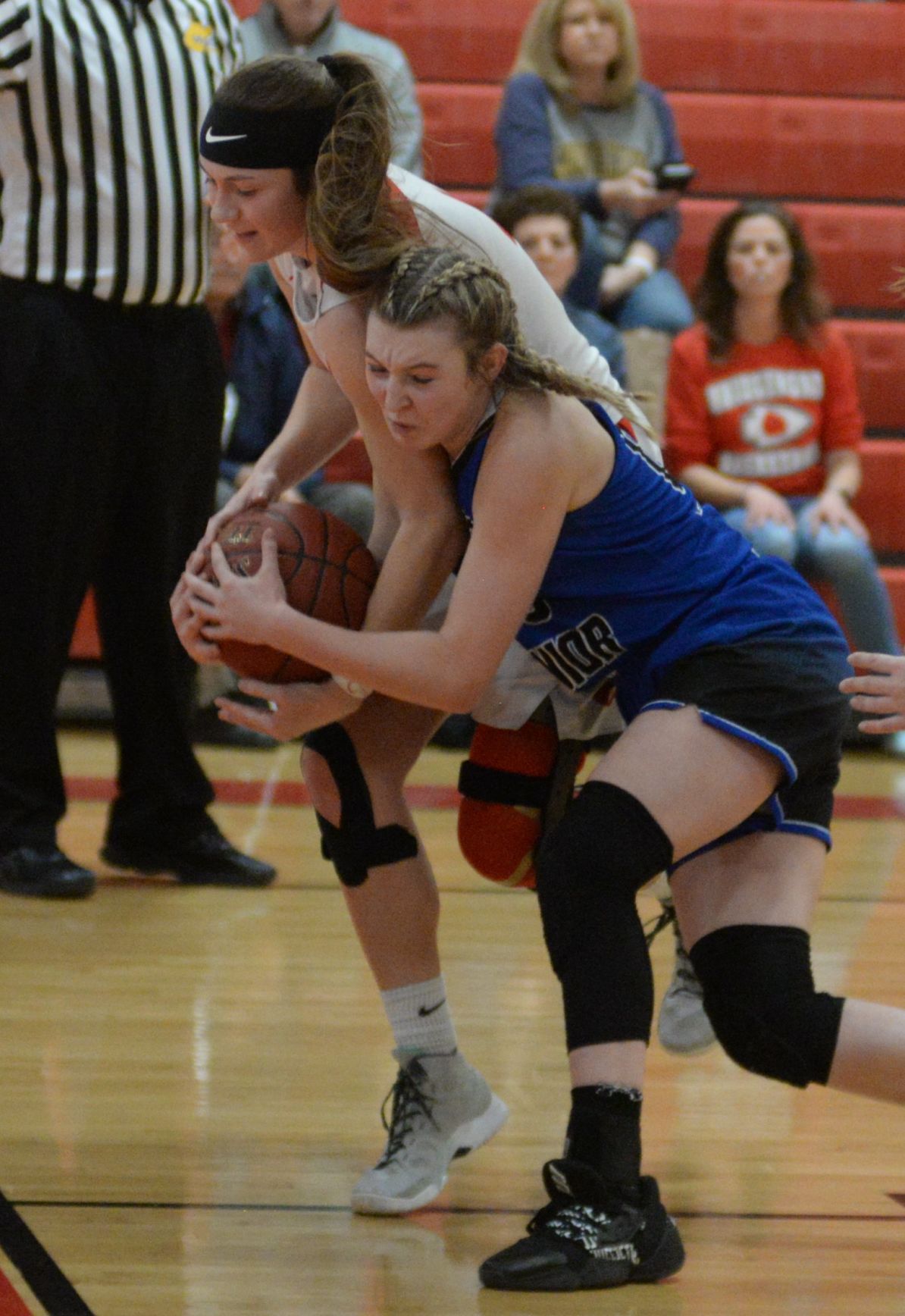 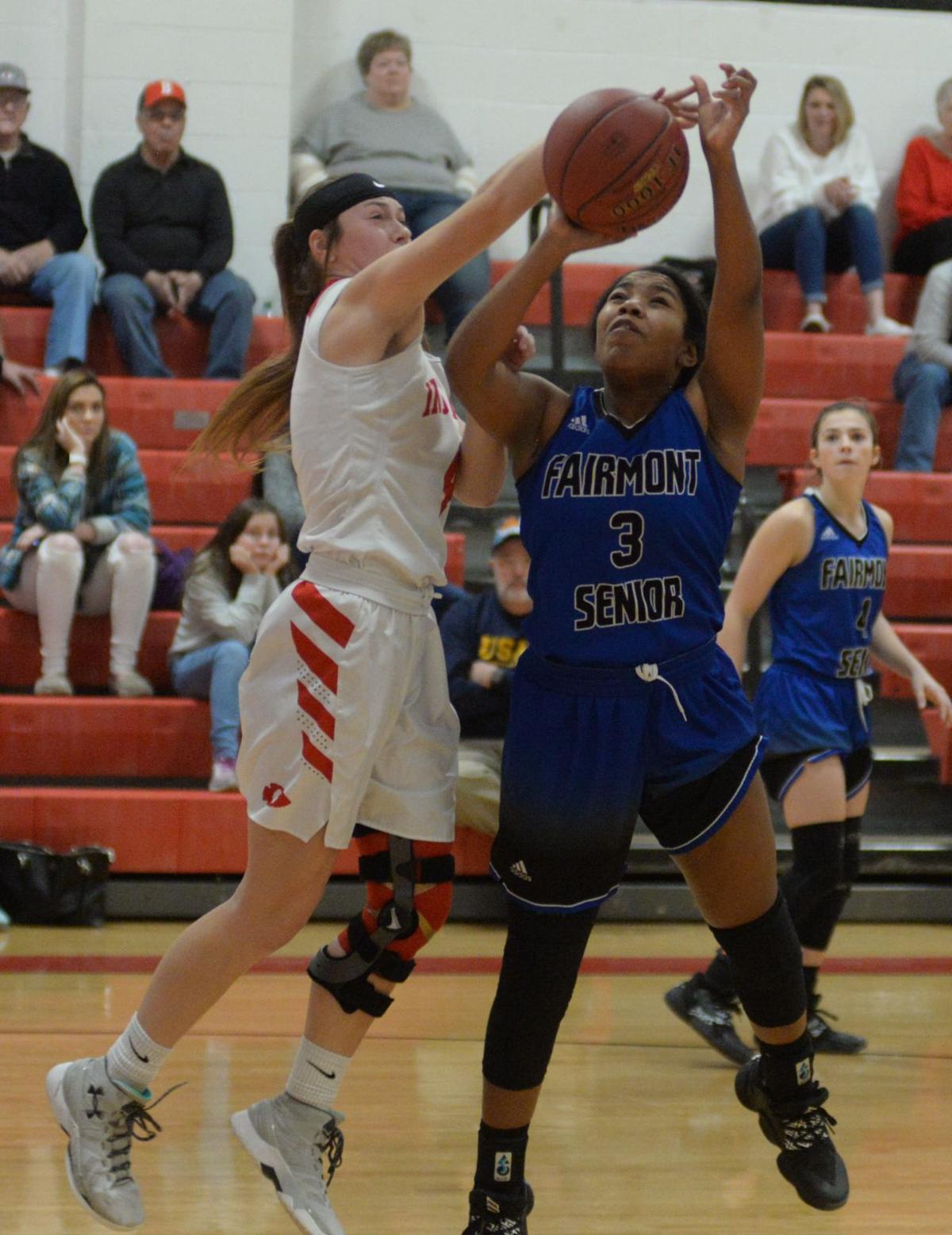 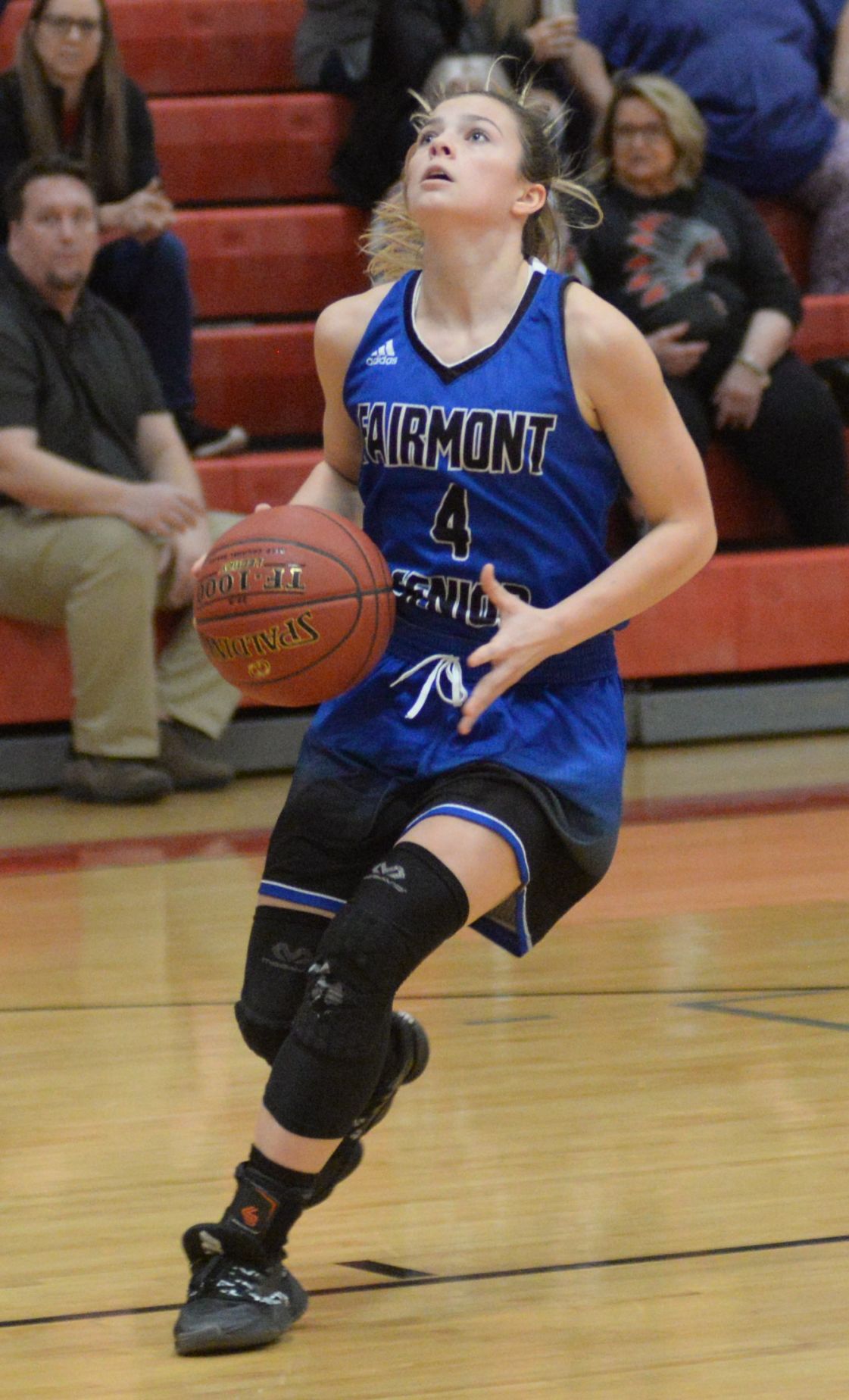 Fairmont Senior's Emily Starn goes up for a layup. 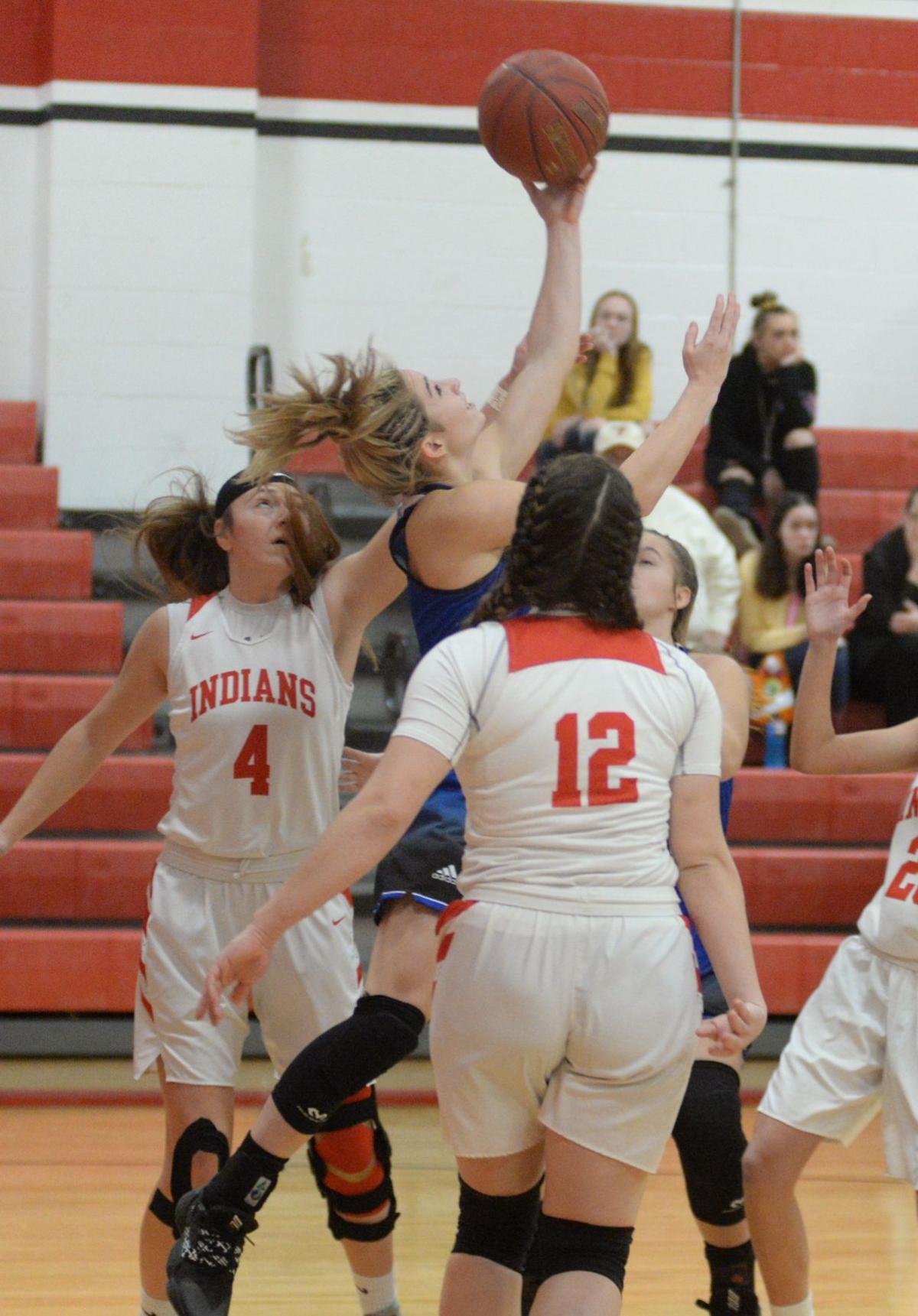 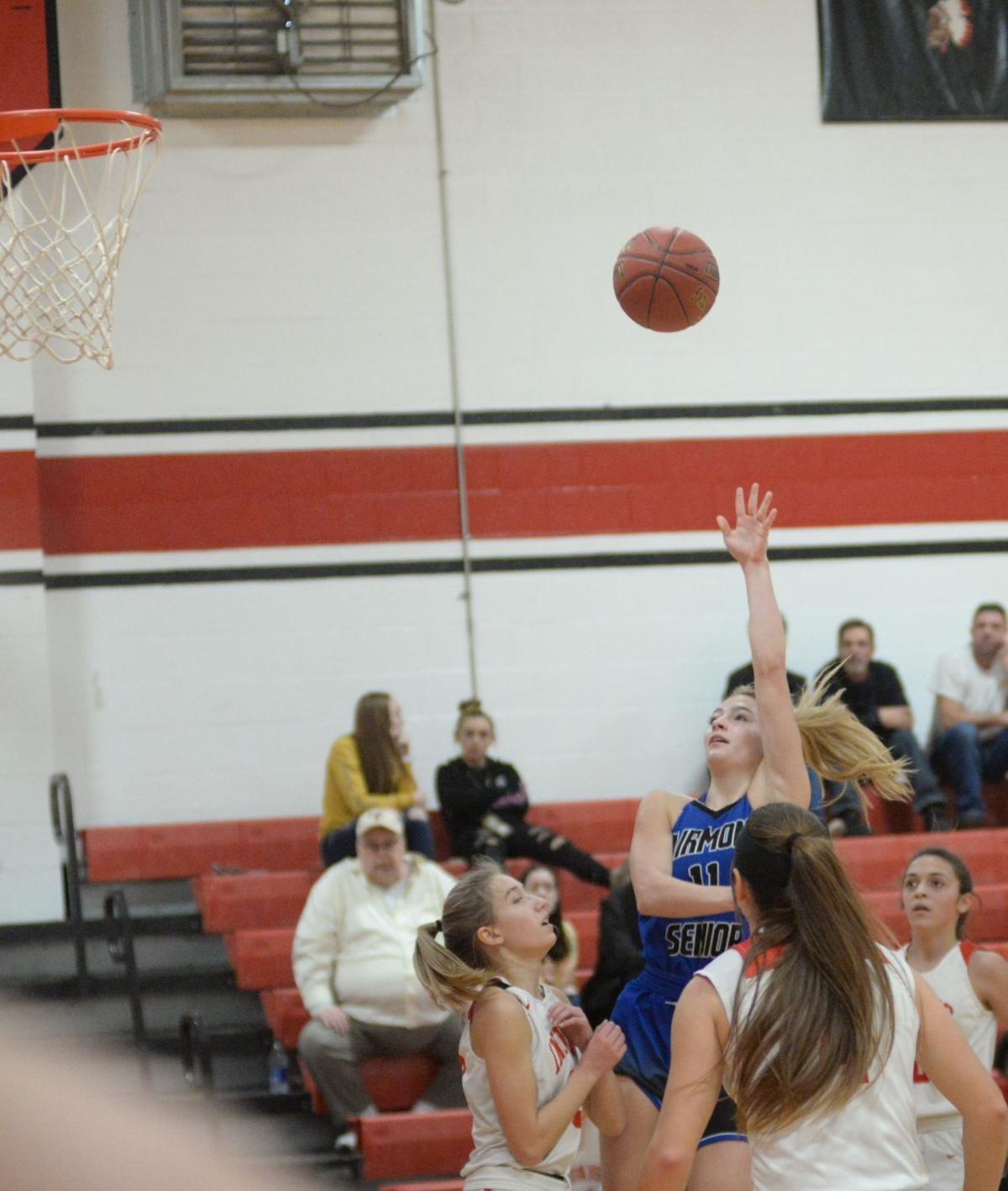 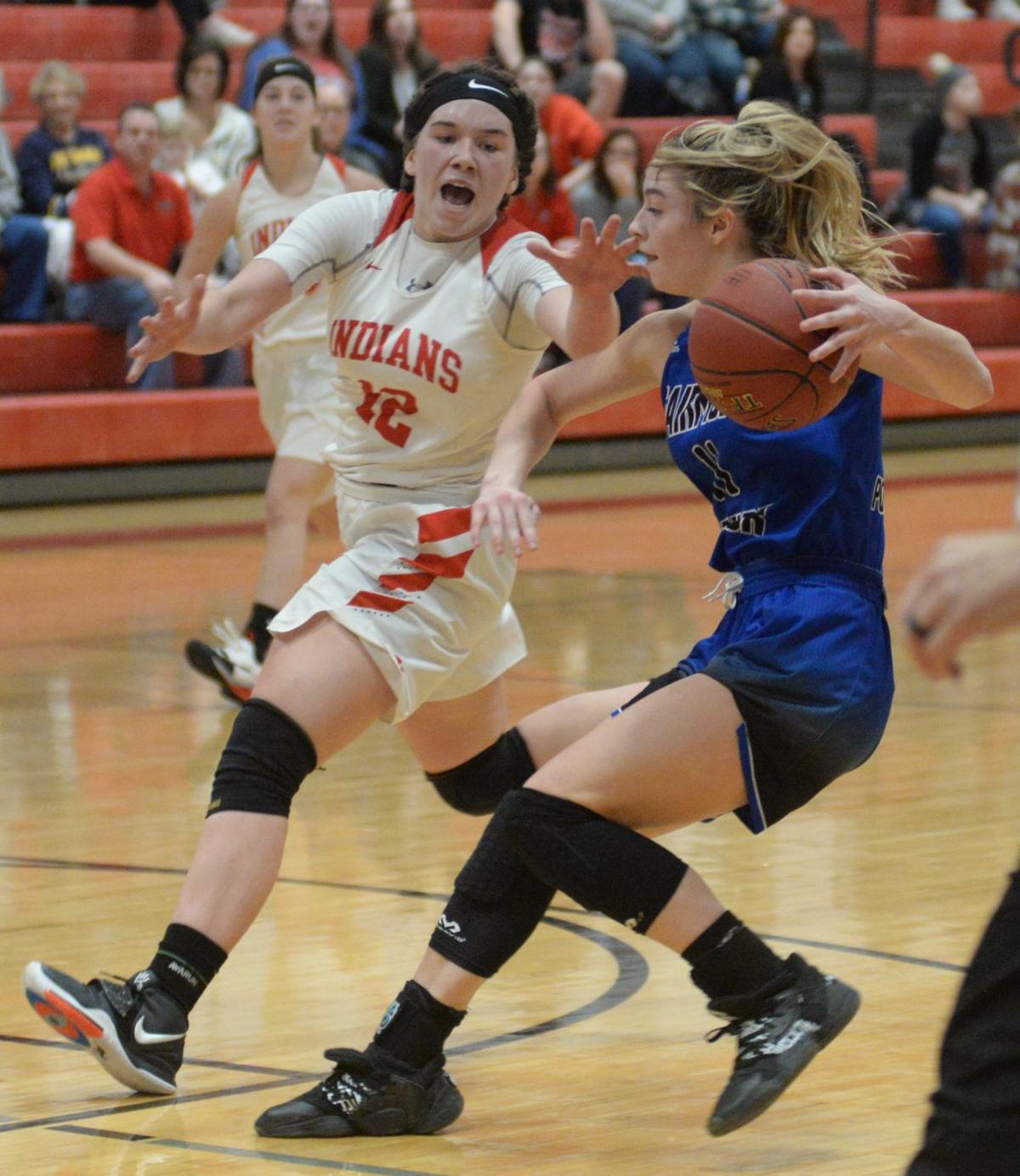 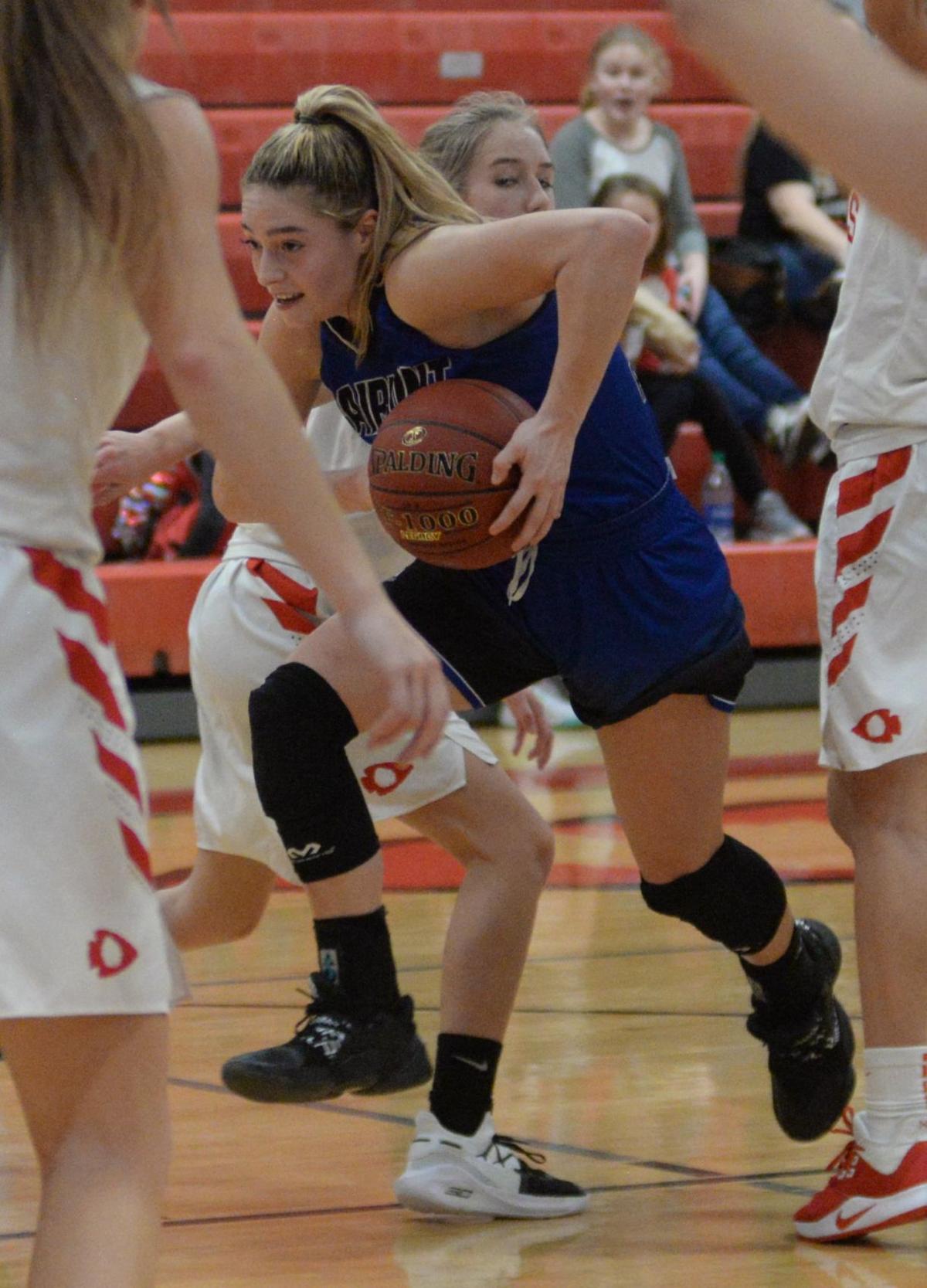 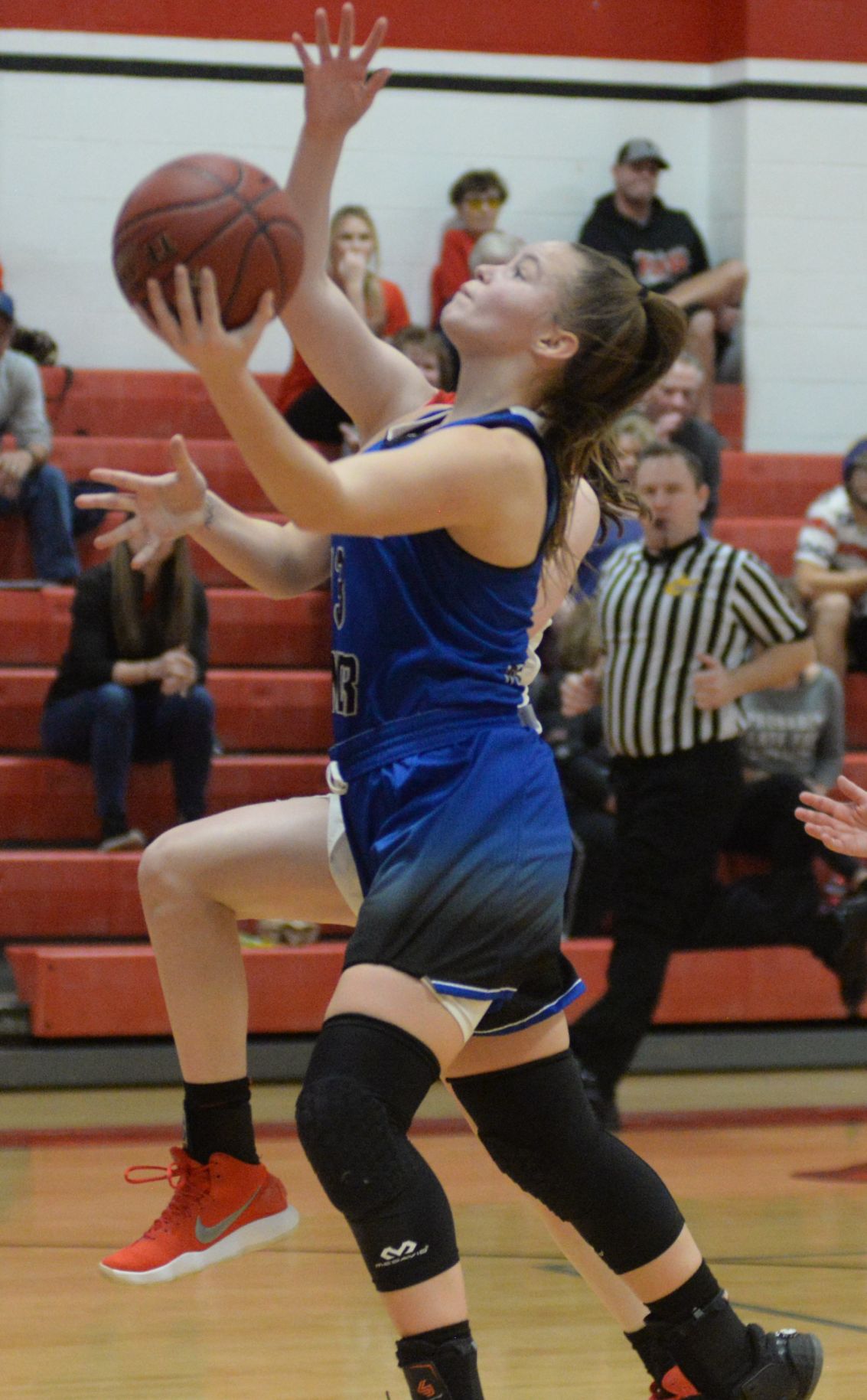 Fairmont Senior's Bekah Jenkins goes up for a contested layup. 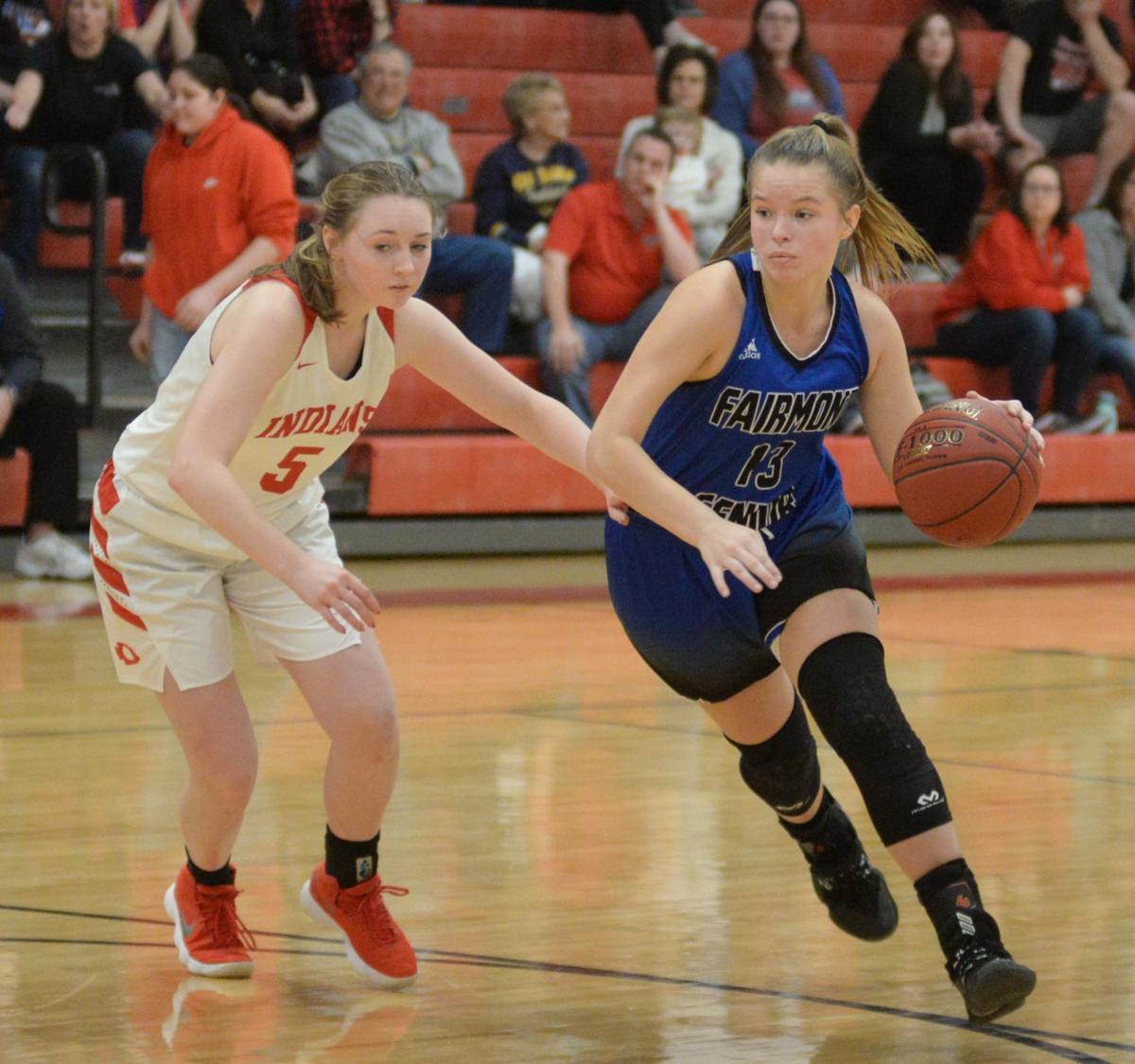 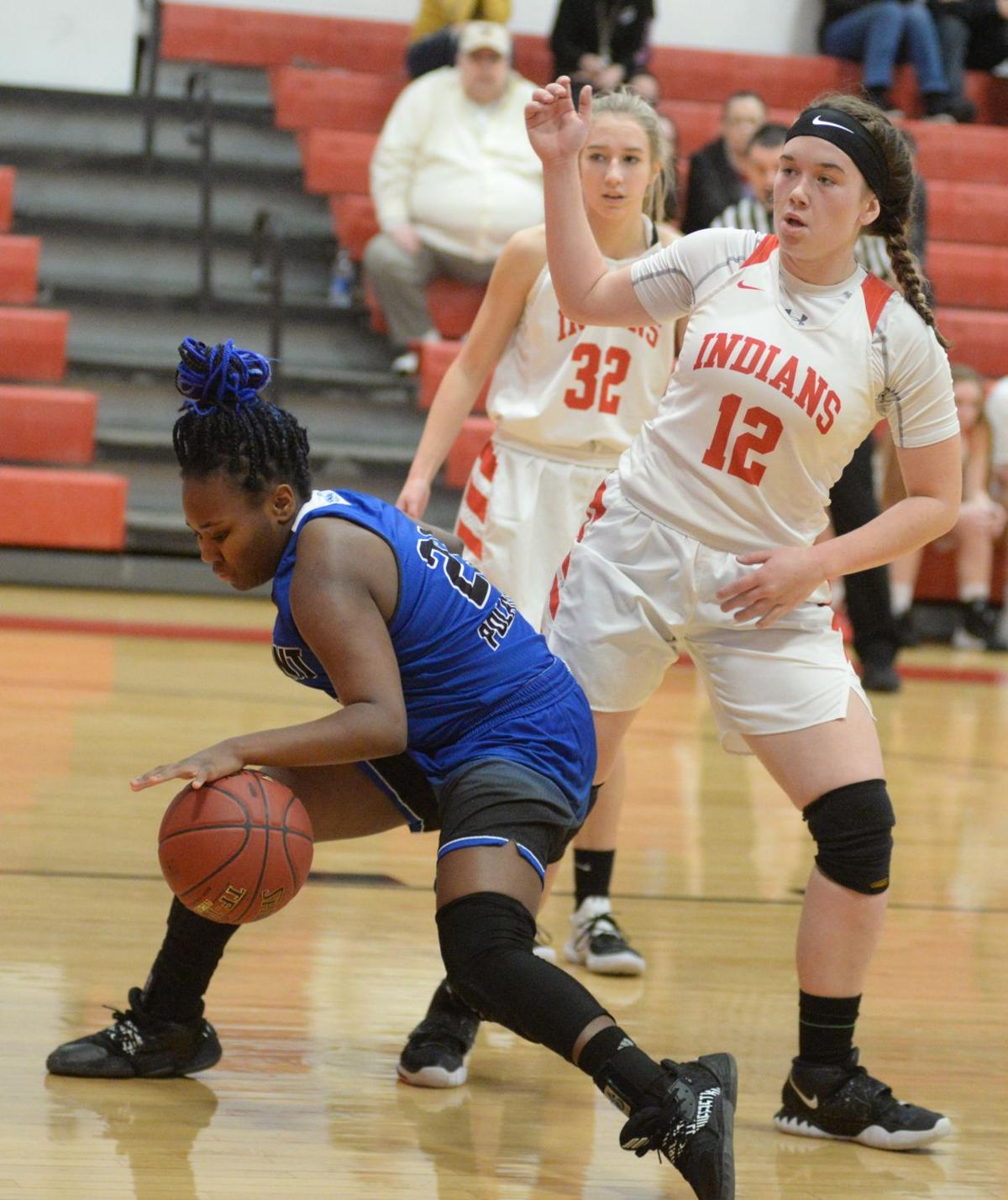 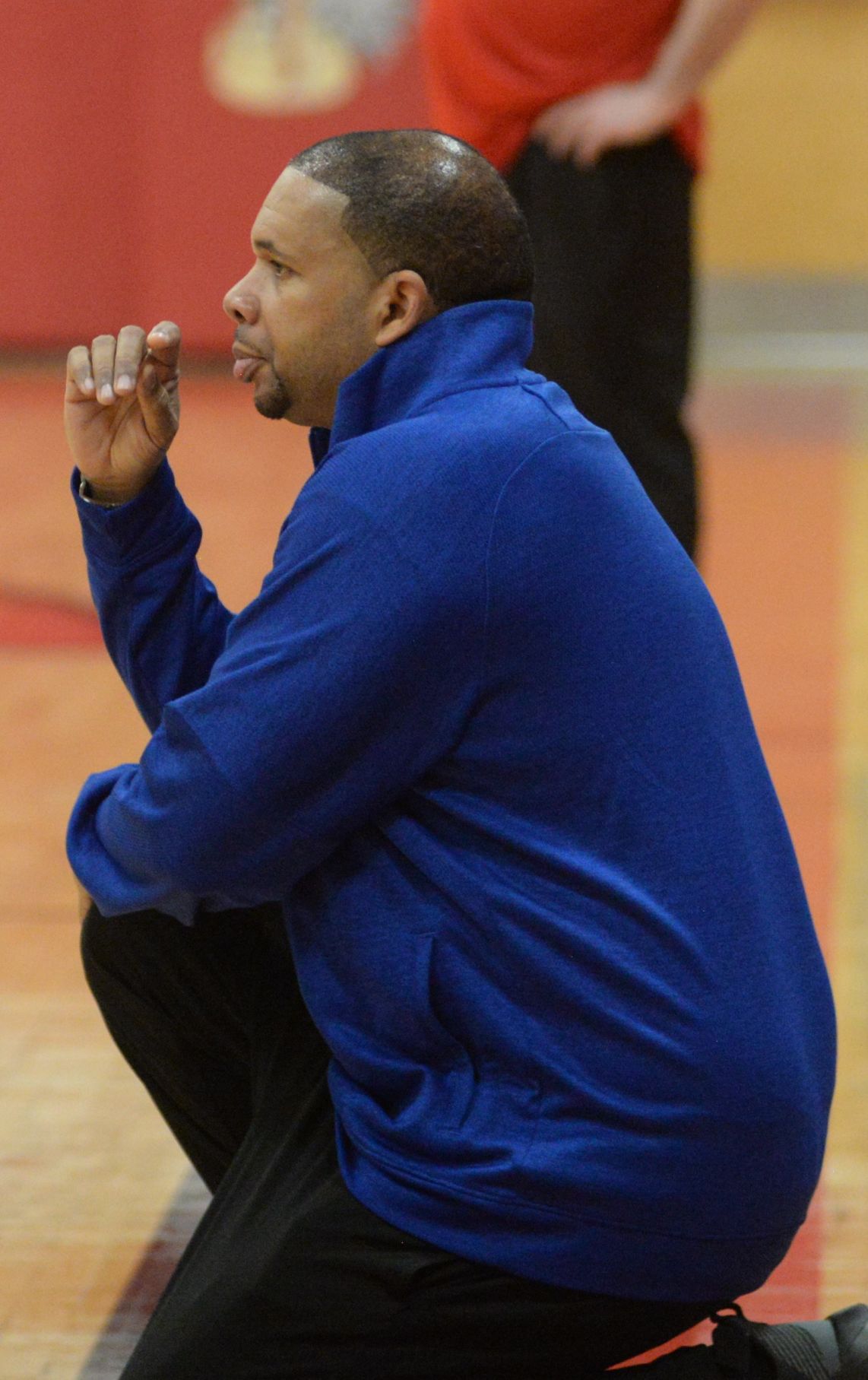 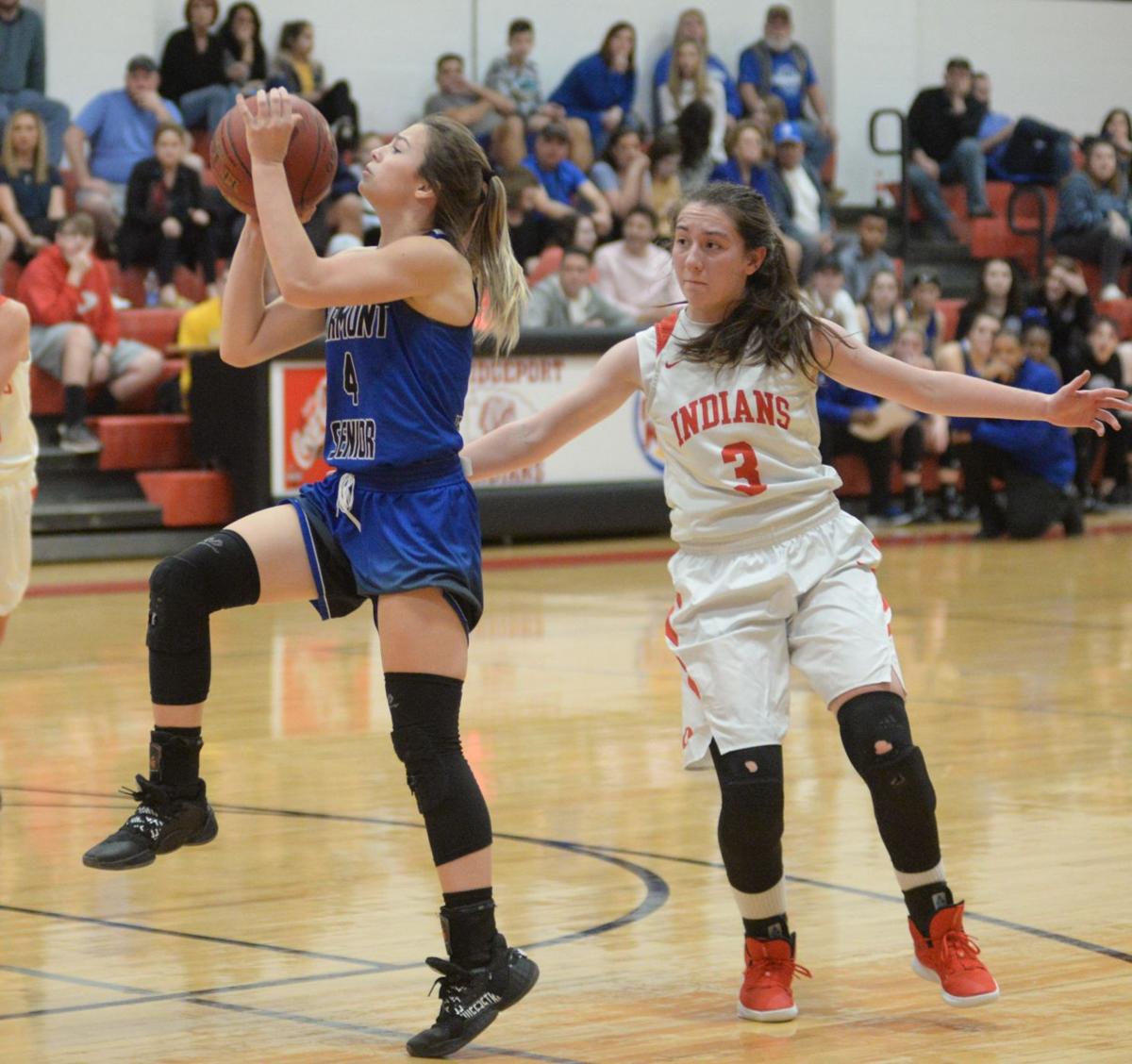 Fairmont Senior's Emily Starn goes up for a layup.

Fairmont Senior's Bekah Jenkins goes up for a contested layup.

BRIDGEPORT — Nearly every element of Fairmont Senior’s performance on Saturday afternoon at Bridgeport belied its defending champs status and Class AA No. 3 ranking — the apoplectic turnovers, the mind-boggling fouls, the bricky shooting from the field.

But one element ultimately did endure: A refusal to lose.

Down by nine points at halftime and then 11 points with just 4:30 to play, Fairmont Senior stormed back against the host Indians to force overtime and eventually yank a 61-57 victory from the jaws of defeat.

“The message at halftime was, ‘Look, you can try to do it your own way or we can work together and do it our way,’” Fairmont Senior coach Corey Hines said. “We gave them a nice head start, but to be able to come back, other people had to come off the bench and step up. So in turn, we have to play better, but I’m proud of the people who really stepped up.”

So often cast in the shadows of superhero sophomore Marley Washenitz — who was once again FSHS’s engine with 28 points, 12 rebounds, five steals and three assists — it was the Polar Bears’ role players who ultimately had to complete the comeback and bring home the victory after Washenitz fouled out in overtime.

“We got Marley and she’s great, but we got some people who can go with her,” Hines said. “I’m very proud of those young ladies.”

Sans Washenitz, it was Fairmont Senior’s collective defensive fight and sophomore point guard Emily Starn that entered into the spotlight.

Starn, who finished the game with 11 points, three rebounds and five steals, first delivered a hit-ahead assist to Reagan Blasher to wrestle the lead away from Bridgeport at 56-55 just under two minutes into the OT session. Then with the Polar Bears still clinging to that one-point margin, she drove baseline and finished off a tough floater plus the foul to offer a dose of breathing room Fairmont Senior wouldn’t let slip away as the Indians never got a shot off to tie the game after they turned it over following an FSHS missed free throw.

“You got to play aggressive and you got to be disciplined,” said Starn, who also had a big layup in regulation after pick pocketing the Indians around midcourt that cut Bridgeport’s lead to two with about two minutes left. “You got to know who’s on the court, who they have on the court, who you got (on defense), and not to foul, especially with (the situation) we were in.”

For much of the game, however, Fairmont Senior diverted from such axioms as they turned the ball over 16 times, shot just 33.3 percent from the field and gifted Bridgeport 33 foul shots.

“We have to coach better number one,” Hines said, “and, honestly, we have to receive coaching better too.”

The Polar Bears’ gaffes and general first-half malaise that saw them shoot just 5-of-21 (23.8 percent) from the field with 10 turnovers in the opening two quarters buried them in a 25-16 deficit at the break.

Their half-court offense sputtered against Bridgeport’s 2-3 zone, which pinched in on Washenitz above-the-break and at the elbows and remained alert to baseline runners, be it Washenitz, Blasher or sharpshooter Bekah Jenkins. Meanwhile, offensively, Bridgeport hopped aboard the Paige Humble train as the junior forward finished with a team-high 25 points on 10-of-15 shooting to go with eight rebounds.

Washenitz, who despite her massive stat line was forced to really grind going just 10-of-31 from the field, dragged the Polar Bears back in the third. She splashed three of her five 3s in the period and then worked a double-clutch layup that was followed by a Keyonna Hilson closeout attack layup to slice the margin to 39-36 by the end of the frame.

The Indians, however, pushed the margin back to 11 following a jumper by Gabby Reep and a handful of free throws after getting into the bonus early in the second half.

But again, Washenitz, who scored 23 of 28 points in the second half and overtime, wouldn’t let the Polar Bears die. She canned a pair of 3s and then dropped in a transition layup in traffic to make it a four-point game at 54-50 with Bridgeport’s ball security starting to unravel.

“Sometimes you’re going to have struggles — nobody can play perfect all the time — but even when she struggles, she does other stuff on the defensive end, getting rebounds, getting steals,” Hines said of Washenitz. “And in turn, that opens things up for our other players also.”

Moments later, the Indians’ ball handling came completely undone, with Starn first swiping her aforementioned steal and layup and then Washenitz robbing them again before hitting Laynie Beresford for a breakaway layup.

Yet another FSHS stop gave the Polar Bears possession in a tie game with just under two minutes to play, and Hines didn’t let Bridgeport get it back, milking the clock before Washenitz missed a heavily-contested floater in the lane and then a desperation long two-pointer after corralling the rebound.

And once in overtime, Fairmont Senior — even without its heartbeat in Washenitz for the final two-plus minutes — did what it usually does: Won.