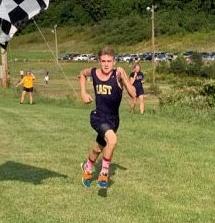 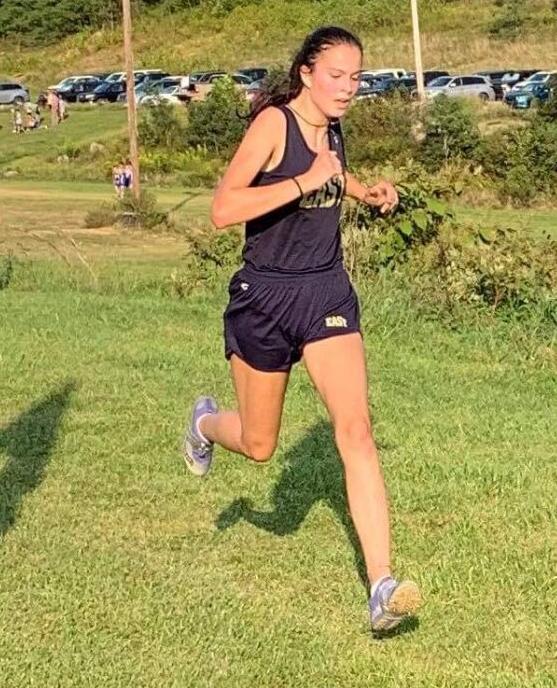 Led by its impressive freshman class, East Fairmont took home the victory at the 4th Annual Buffalo Creek Invitational over the weekend, finishing atop the seven-team field.

The Bees’ top two finishers were both 2020 freshmen, with Drew Moore finishing second overall with a time of 19:31.9 and Blake Hunt placing fifth overall at 20:52.2. Just behind the freshmen were the rest of EFHS’s Top 5 qualifying runners, with Charley Hullderman, Josh McPherson and Landen Larnerd finishing fifth, sixth and seventh overall among qualifying teams. Hullderman clocked a 20:53.4, McPherson finished at 21:07.5, and Larnerd was at 21:34.4.

Garrett Haymond and Chase Harr also ran for the Bees, with Haymond finishing in 15th place and Harr in 16th place.

Defending Class AA/A state champion Fairmont Senior just lost out to Class AAA Wheeling Park at the Chic-Fil-A Invitational over the weekend, with the Polar Bears finishing with 77 points and the Patriots with 71 points in a 13-team field.

Fairmont Senior’s 77 points cleared third-place Doddridge County by 24 points, and the closest Class AA team to the Polar Bears at the meet was Shady Spring with 216 points.

The Polar Bears were led on the day by seniors Logan Zuchelli and Tyler Hayes, with the 2019 all-staters finishing first and second, respectively in their heat. Zuchelli and Hayes ended up in fourth and sixth place, respectively, after the two heats were combined, with Zuchelli clocking a 16:11.62 and Hayes finishing at 16:45.78.

Along with Zuchelli and Hayes, Fairmont Senior got qualifying efforts from Jasper Brown, Elijah Hannig and Tyler Morris. Brown was third in the meet’s first heat, trailing only teammates Zuchelli and Hayes, and he finished 13th overall when the two heats combined after clocking a 17:35.73. Hannig was just a few spots behind Brown, finishing at 18th overall and fifth in the first heat at a time of 17:50.81. Morris, meanwhile, came in 36th overall at 19:06.56.

Devon Lemon and Griffin Thomas also ran for Fairmont Senior, with Lemon coming in 38th overall and Thomas at 57th.

East Fairmont freshman Sophia Schnore earned the individual victory and led the Lady Bees to the team win as well at the 4th Annual Buffalo Creek Invitational over the weekend. Schnore clocked a winning time of 24:07.6 to beat out individual runner-up Baylee Jarrett of Richwood at a time of 24:30.3, while the Lady Bees’ 29 total points cleared Richwood’s runner-up total of 45 in the three-team field.

Behind Schnore in the No. 2 slot for EFHS was sophomore Eleanor Capuder with a time of 10:26.51 to finish fifth overall, while EFHS No. 3 in junior Lainey Barnes finished one spot behind Capuder at sixth overall with a 27:04.3. East Fairmont also got qualifying runs from Ameila Messenger and Marissa Haymond at 28.25.7 and 28.57.4, respectively, with both also cracking the Top 10 among qualifying teams at eighth and ninth place, respectively.

East Fairmont Middle School won both the boys’ and girls’ races in the first official Marion County meet of the season held Thursday at the Paw Paw Fairgrounds in Rivesville.

The EFMS boys finished with 39 points to claim the victory, with Barrackville finishing as runners-up with 57 points. The EFMS girls, meanwhile, tallied 29 points, edging runners-up West Fairmont by a single point.

In the boys’ race, East Fairmont’s winning efforts were powered by Nate Stuck, who won the meet with a time of 14:13. EFMS’s Landen Black and Tristan Boone also earned Top 10 nods, finishing in seventh and eighth place, respectively. The Hornets’ Jonah Henderson and Brady Hutson also put forth qualifying runs as the team’s fourth and fifth finishers with placements of 12th and 13, respectively.

Barrackville’s second-place total was anchored by a pair of Top 10 finishes. Andrew O’Neil placed third overall with a time of 15:19, while David Heston also earned a Top 10 finish for Barrackville in ninth place.

Individually, Monongah’s Ethan Imboden finished as the meet’s runner-up to Stuck, with Imboden clocking a second place time of 15:11.

Along with the Stuck, Imboden, O’Neil Top 3, West Fairmont’s Josiah Brannen and Josh Lintner rounded out the meet’s Top 5 individuals, coming in fourth and fifth overall with times of 15:58 and 16:29, respectively.

In the girls’ race, East Fairmont and West Fairmont dominated the individual leaderboard in their razor thin 1-2 finish. The two schools combined to make up 10 of the meet’s top 11 finishers, with EFMS runners finishing 1st, 5th, 6th, 9th, 10th and 11th and WFMS runners finishing 2nd, 3rd, 4th and 7th. WFMS also got a 15th place finish to round out its Top 5 qualifying runners.

The lone runner outside of EFMS or WFMS to finish in the Top 10 was Rivesville’s Kiana Edison, who came in eighth overall with a time of 19:19.