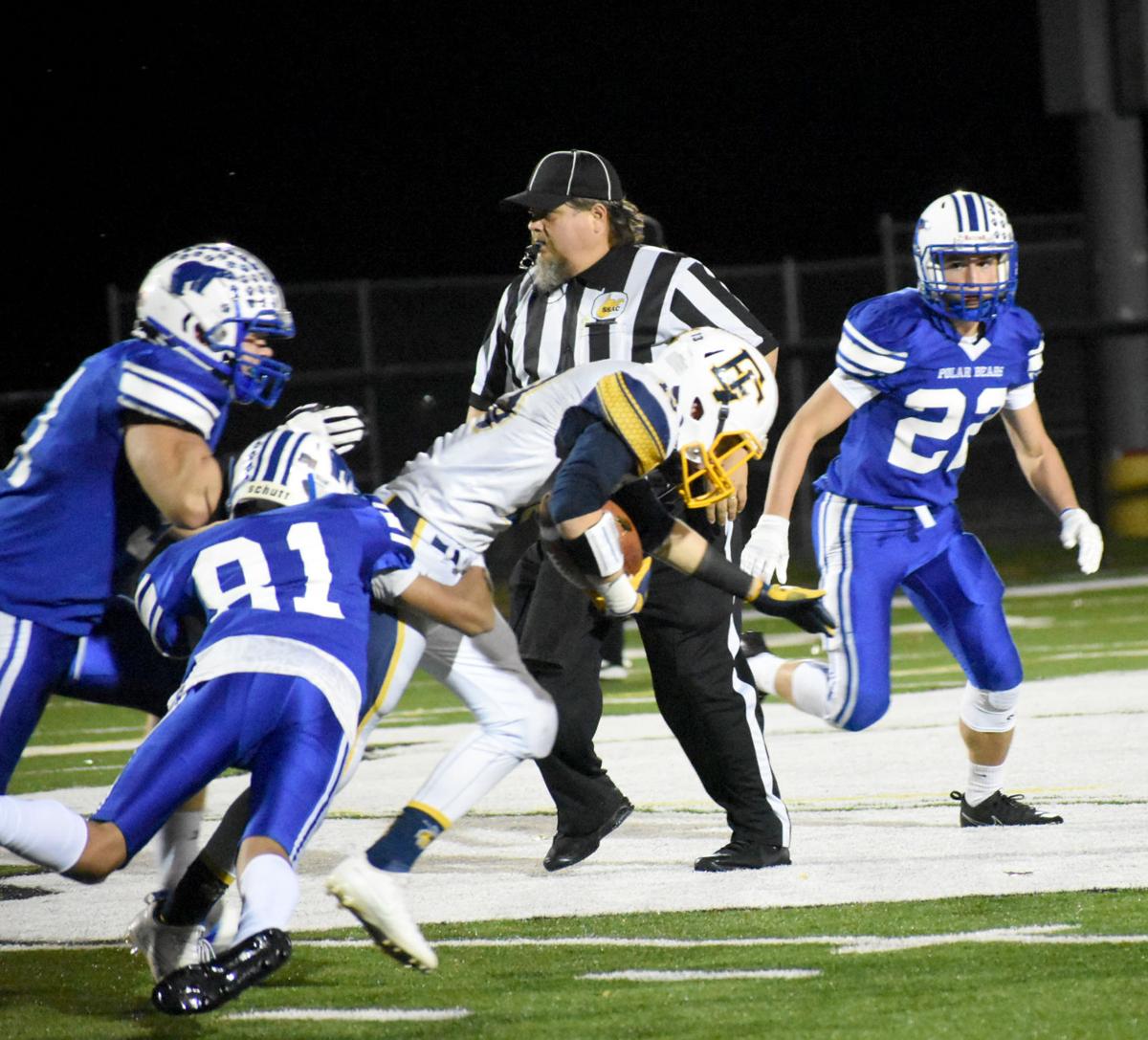 The Fairmont Senior and East Fairmont football teams will play for the 99th time Friday. 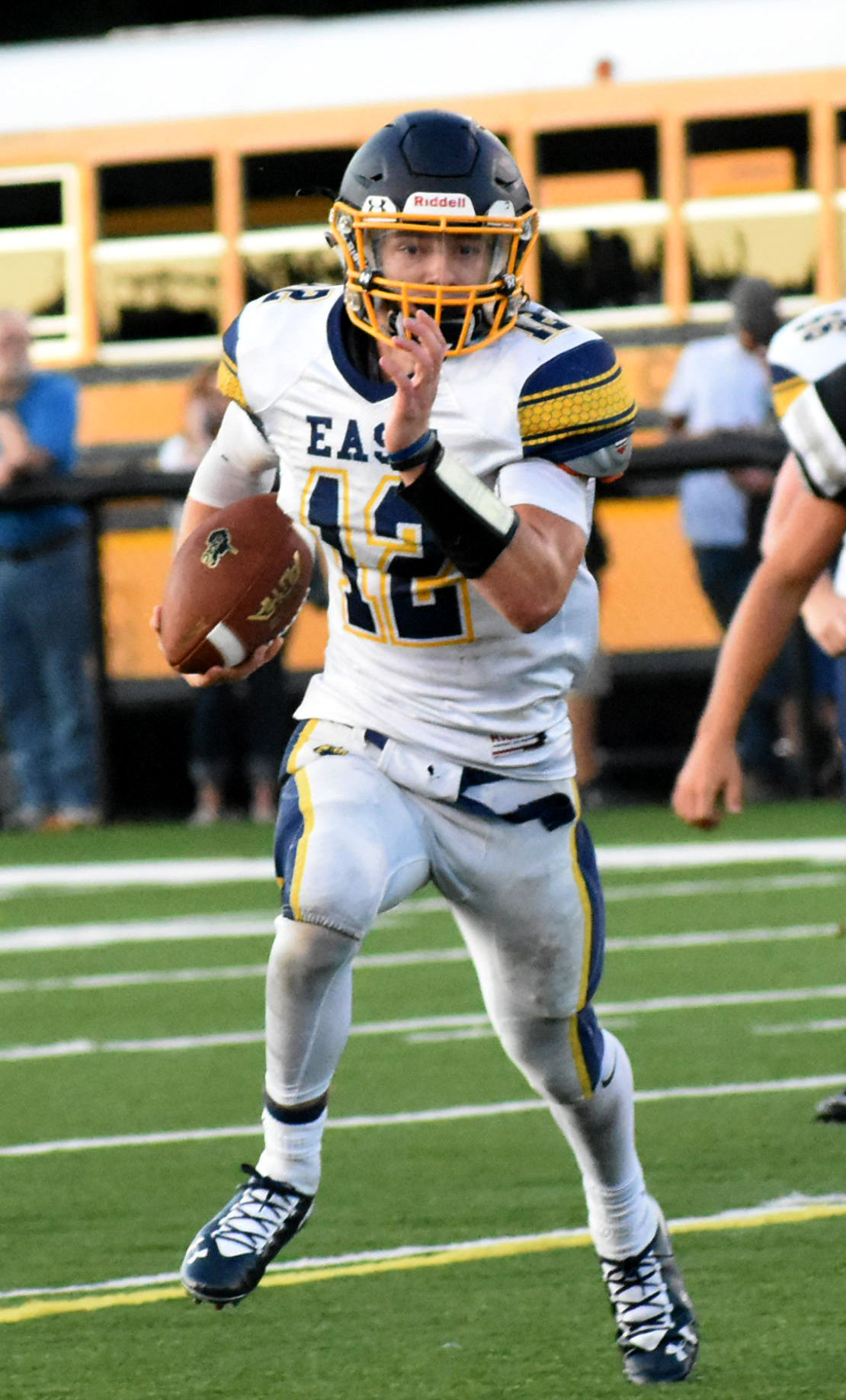 Dom Postlewait runs during a game earlier this season. 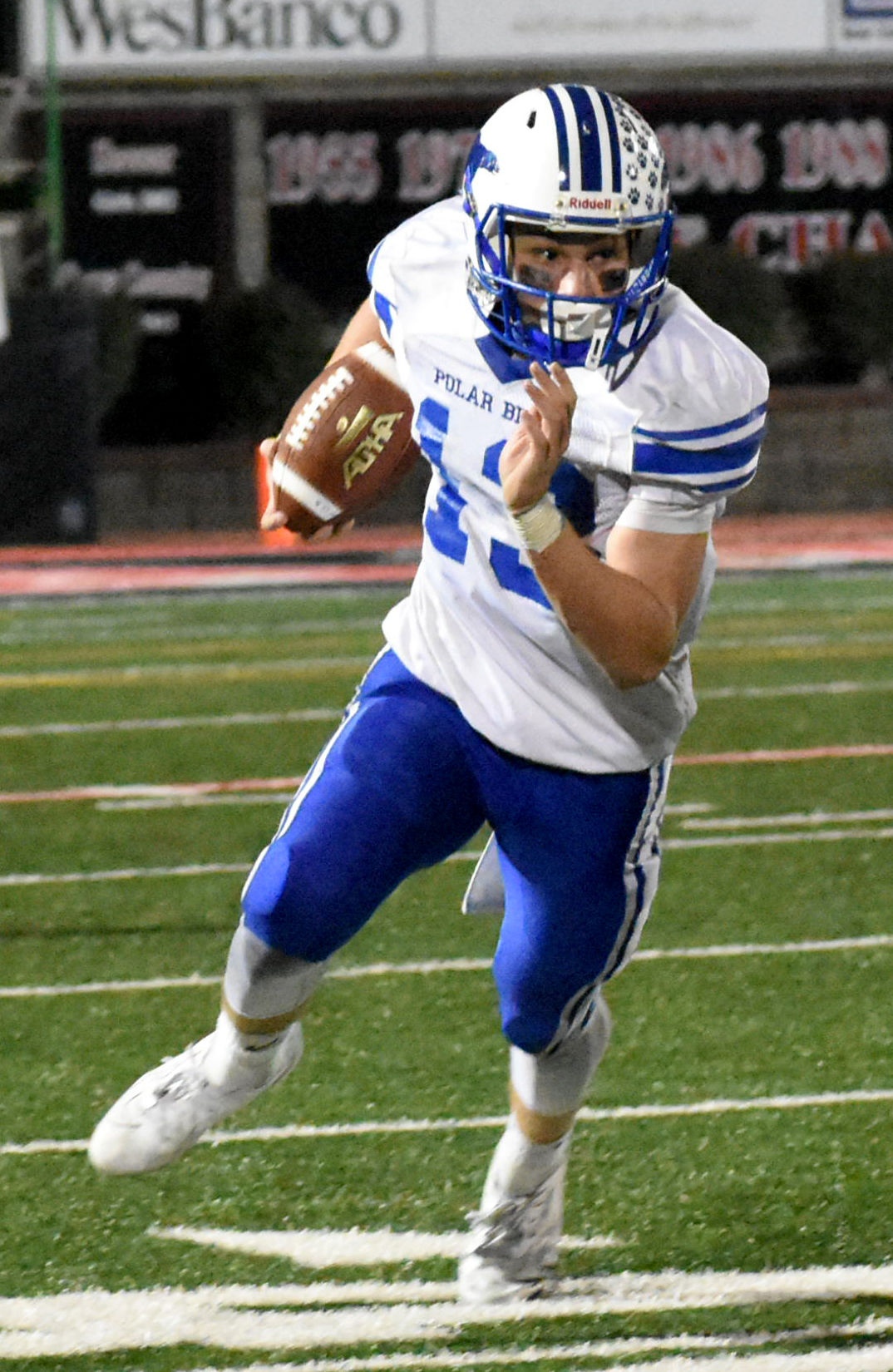 The Fairmont Senior and East Fairmont football teams will play for the 99th time Friday.

Dom Postlewait runs during a game earlier this season.

FAIRMONT – It’s been over a decade of meetings between cross-town rivals East Fairmont and Fairmont Senior since the Bees have had the bragging rights in the series — perhaps there’s no better time for that to change than tonight, as East closes an incredibly successful campaign that has seen them win more than double the amount of games as the past two seasons combined.

Of course, that task will be no easier than it has been the past 11 times that the Polar Bears have downed East. They enter undefeated and ranked No. 1 in the WVSSAC Class AA Playoff Ratings, eager to begin the postseason with momentum and to defend their 2018 Class AA state championship win.

The two bitter rivals find themselves in very different places — which has been a similar story in recent years — entering the final week of the season, as they prepare for the 99th rendition of the “Battle on 12th Street,” which has been played each year since 1921.

“Not a lot of teams in the country can say that they have been playing the same team every year for 99 years. It is very cool and special to be able to play in this game,” said Fairmont Senior quarterback Gage Michael.

“This rivalry is a high intensity cross-town rivalry with a lot of energy. Playing other sports and knowing how this rivalry is in all sports, it really shows the mentality and hard work that go into such a highly competitive game,” East Fairmont senior Aiden Slusser said.

While East has effectively been eliminated from playoff contention, they have a lot to play for in terms of the rivalry. The Bees will be looking to avenge a 64-7 loss last season — marking the most points ever scored by either team in the series — and as previously mentioned are hunting for their first win against their rival in over 10 years. A win could also potentially knock the Polar Bears out of the top seed ahead of the playoffs.

“We know we are facing up against the No. 1 team in the state and we know what a great team they are. We are going out there giving our best effort, not giving up, and giving everything we have, no matter the outcome at the end of the fourth quarter,” Slusser said.

“We know we are going to have to make big plays and not make mistakes to win this game but I think more importantly we know that we will give our best effort for 48 minutes no matter what the scoreboard says,” Slusser continued.

Fairmont Senior, on the other hand, will undoubtedly secure the top seed with a win, ensuring home field advantage until the state title game. It also provides an opportunity to end their rivals’ season on a two-game losing streak.

“The mentality is the same as every week. We want to go in and play our game and dominate in every aspect of the game,” Michael said. “The goal is always to get better every week. We are looking forward to be able to host 3 playoff games on 12th street and defend our title.”

In every sense of the word, this year’s campaign has been a success for North Marion football, but they’re far from done.

Last week, the No. 8 Huskies captured their seventh win of the season and a guaranteed playoff appearance as they rolled Robert C. Byrd High, a team they hadn’t beaten in the program’s history — dating back to the first meeting between the two in 2001.

This week is an opportunity for another milestone the team hasn’t achieved since 2001. A win against Liberty would clinch the program’s first home playoff game since that season.

“If we are fortunate enough to win and are able to host, it would be great, but more so for our communities and our school than for us. We love playing in Rachel, but we will be far more focused on winning the game than the venue. It would be nice because that is another goal our team can check off of their list, but Saturday will start a new season for us,” said head coach Daran Hays.

For No. 15 Liberty, tonight is very simple — if they lose, they’re season is over. If they win, they’ll be playing in the postseason.

“I was a big Liberty fan last week because I know the level of urgency that loss created for them. They will play very inspired and with great effort, but that’s typical of a Liberty football team. That makes it much more important for us to start fast and take the wind out of their sails,” Hays