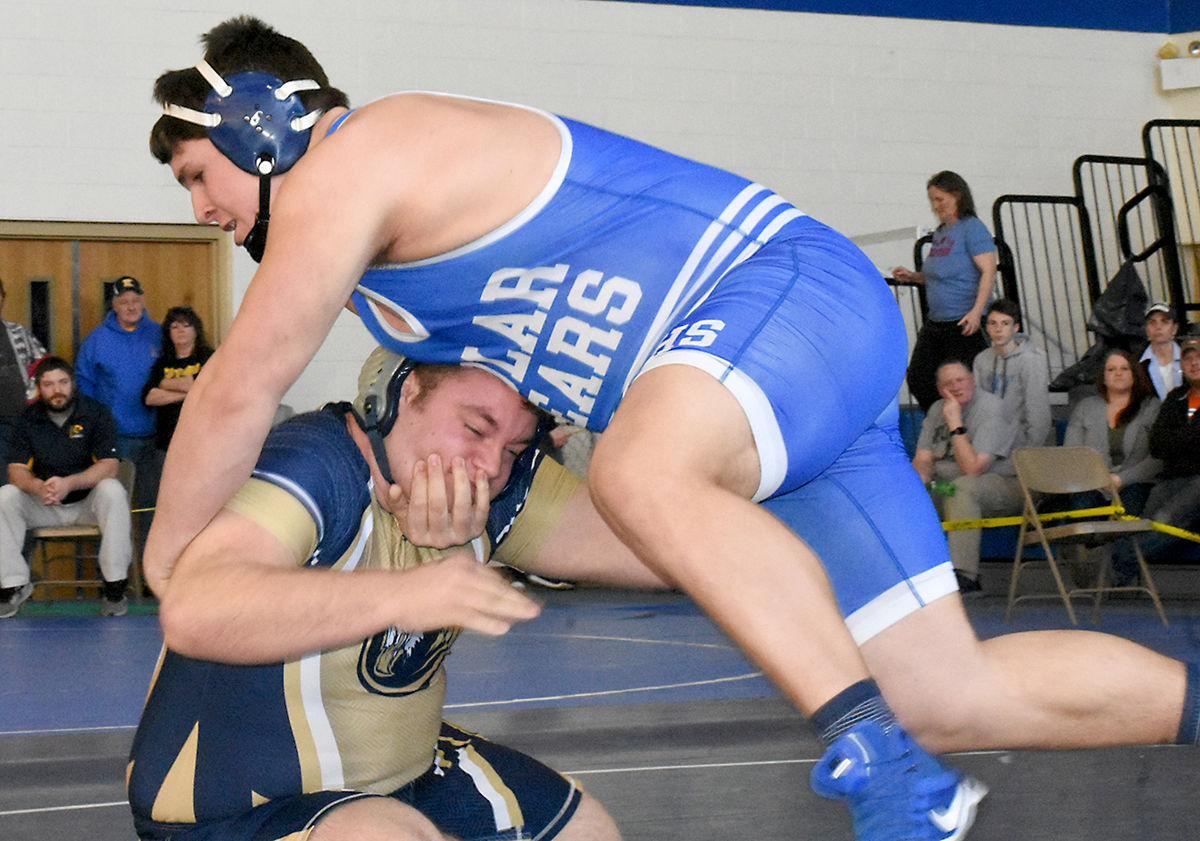 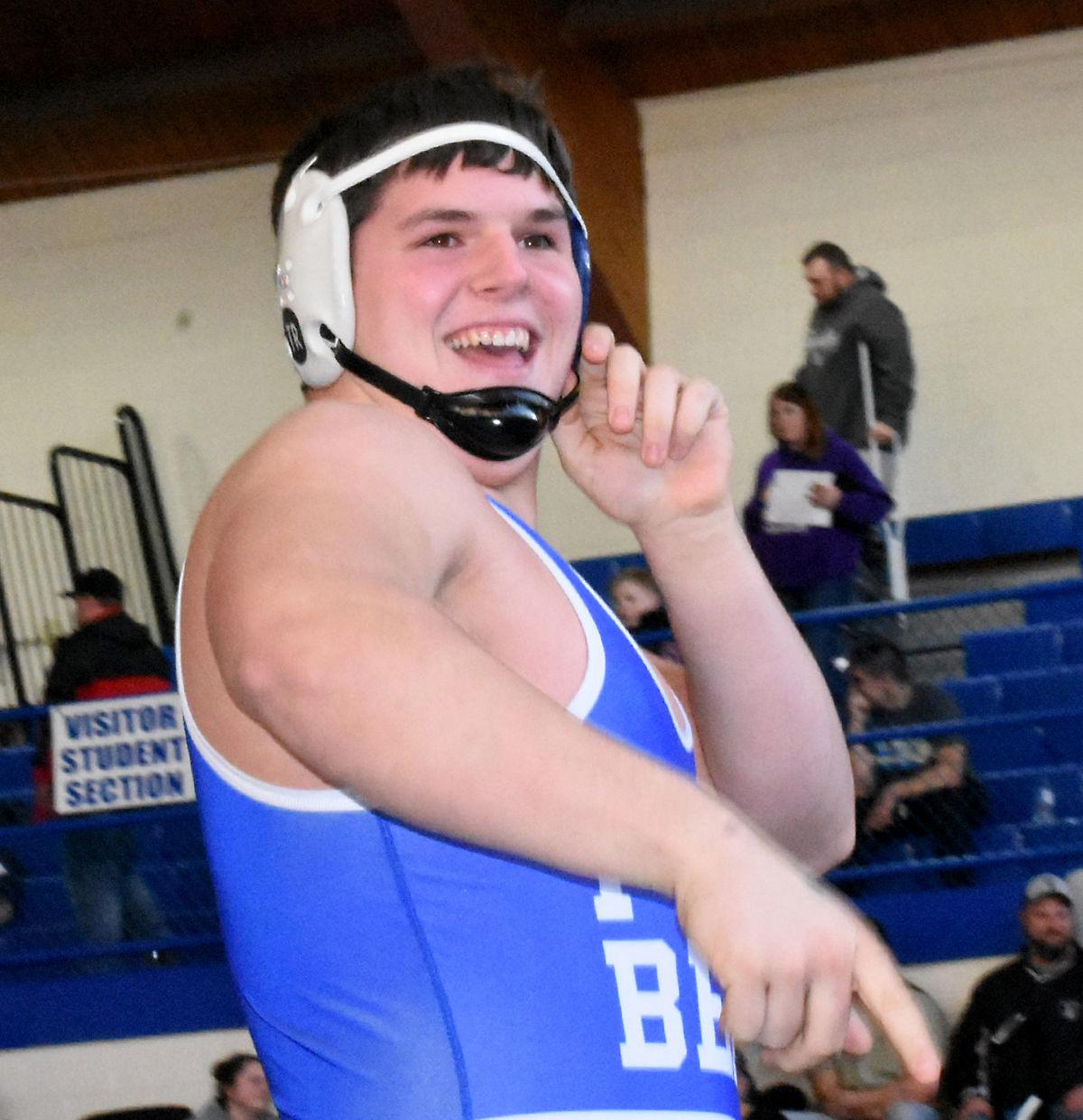 This weekend, 128 athletes will step onto the mats of Big Sandy Superstore Arena in Huntington for the West Virginia high school state wrestling tournament. It is a place where dreams can be realized, postponed or forgotten — where wrestlers prove themselves once and for all.

For Frazier, though, there is virtually nothing left to prove.

Just a junior, he has already won two state championships, the first in Fairmont Senior wrestling history to do so at his age. He has not lost a match since his freshman year, when an official disqualified him from a match he was leading 8-0 because of what was judged as an illegal move.

He’s won more than 90 consecutive matches since then, and owns a career record of 115-2.

“I always have people who want to talk to me about wrestlers I’ve had in the past, and I tell them (Frazier)’s the best kid I’ve ever had,” Mark Delligatti, a Fairmont Senior wrestling coach for 34 years, said. “And I’ve had a bunch of them. He’s the best.”

But Frazier — who stands over 6-feet, 2-inches tall and weighs 270 pounds, and is 38-0 this season — hasn’t just established himself as the best wrestler in the state. He might be the single most dominant high school athlete across all sports in West Virginia.

Consider the fact that in 117 career matches, Frazier has surrendered just one takedown — ever.

Of the 38 matches he has wrestled as a junior, just three have resulted in anything other than him pinning his opponent, and 34 matches have resulted in a pin in the first period. A standard high school match is set up to last six minutes in total if all three periods are wrestled to completion, but on average, Frazier’s matches this year have lasted just 51 seconds.

If you count only the matches in which he’s pinned his opponents, the average time of those is 33 seconds.

Frazier’s athletic acumen extends far beyond wrestling, though. Twice, he’s been voted first team All-State as a lineman in football, the sport he says is his first love, and the one he’ll pursue a collegiate career in.

“You can go watch his film for yourself,” said Rhett Heston, Frazier’s wrestling partner for two years and football teammate for three. “Anyone reading this can go watch for themselves. He impresses you more than anyone in the state of West Virginia, hands down. That’s my opinion … I could go to any other school and still say Zach Frazier is the most dominant kid in the state of West Virginia right now.”

With such an impressive list of accomplishments, it’s difficult to blame Frazier when, sitting down before a practice during the week of the state tournament, he struggles with what to say when asked what would make a third state championship special to him.

He’s uncomfortable talking about himself to begin with, and with so many wins stacked up since the last time he lost a match — a 1-0 decision in the finals of the 2017 Winner’s Choice tournament — it’s difficult for him to come up with new ways to discuss his success.

Fortunately, those around him have plenty to say about the athletic marvel he’s been, and the man he’s becoming.

Wrestling is in Frazier’s blood.

On his mother Heather’s side of the family, there are four former Fairmont Senior state wrestling champions: Donald Courtney, Frazier’s grandfather, along with uncles Chris, Ryan and Jeff all made their names in Polar Bear wrestling long before Frazier came along. Those four helped mold him as a wrestler from a young age, while his father Raymond — a former college football center for Fairmont State — developed him as a football player.

More important than his development as an athlete, however, was the development of his confidence and the sense of who he wanted to be.

Frazier grew quickly as a child — “When he was first born, he had hands the size of his face,” Heather said — and was self-conscious of his size in comparison to other kids when he was a child. But his parents quickly instilled in him a belief that there was a purpose to the way he was made, and the life he was going to lead.

By the time he was in middle school, Frazier was already deeply invested in his nutrition, eating only organic foods and paying close attention to the way he trained. He also made sure never to brush off academics, maintaining a 4.0 grade point average that has continued throughout high school.

As Frazier made it to high school, it quickly became clear that he had rare athletic gifts and potential, but it also became apparent that he had a rare dedication to whatever he was doing. He worked out whenever possible, and listened constantly to those who had an interest in making him better.

As much joy and comfort as Frazier gets out of hard work, he gets even more out of being the leader or friend his teammates need. He is known for staying after practice to work with younger wrestlers on his team and instruct them in the way a coach would. Sometimes, he takes over as a workout coach during the actual practice itself.

He can constantly be heard shouting encouragement and instruction at his teammates during matches, and when he’s asked after tournaments about another remarkable performance he put together himself, he would always rather talk about what he watched his teammates do.

“He’s constantly thinking about other people,” Heather said. “He does not want to talk about himself. He was asked to speak at church, and I had to organize the whole thing so that the questions really weren’t about him. The questions had to be about his team, and how the team succeeded. It had to not be about Zach Frazier.”

The problem with Frazier not wanting to talk about himself, of course, is that when an athlete is as advanced beyond his competition as he is, there is just so much to talk about.

In the regional tournament, Frazier watched Nate Kotsko, a 182-pound wrestler from East Fairmont, pin his championship opponent in 12 seconds. Afterward, a coach from the Bees approached Frazier and challenged him to pin his opponent in 11 seconds.

Minutes later, that’s exactly what he did.

He is such a marvel when it comes to wrestling that he will occasionally wrestle teammates from his knees during practice — partially to simulate to the effects of wrestling a 106-pounder for his teammates, and partially because in order for Frazier to have any kind of challenge during practices, he must somehow handicap himself.

“Sometimes, we’ll be messing around in practice,” Heston said. “And (coaches) will be like, ‘Out of bounds, no takedown.’ He’ll start getting upset, and I’m like, ‘you guys are trying to kill me.’ Then he’ll blast double-leg me, and I’ll go flying, and I’m like, ‘was that a takedown? Come on.’”

But regardless of how unbeatable Frazier looks as a wrestler, his career in the sport will always be in pursuit of what he feels is something greater. He doesn’t wrestle for the state championships it earns him, or for the designation of almost certainly graduating as the most decorated wrestler in Fairmont Senior history. He wrestles because it makes him a better player on the football field, where he says he belongs even more.

There are a few good reasons for that. Football has always been his favorite sport, and is the one that could soon carry him to a Division I college scholarship, where the next step could be working toward a pro career. But anyone close to Frazier will tell you his preference for football goes deeper than that — wrestling is simply too much of an individual sport.

He is the kind of person who wants to succeed or fail as part of a group, instead of being alone on a mat with all eyes on him.

“He gets bored just winning by himself,” Heston said. “After his freshman year winning state (wrestling) title versus this year, winning a football state title, there was two different people in Zach. When he won in wrestling, he was like, ‘oh this is cool, I’m a state champ.’ But when we won in football, he just mentally lost it ... That’s when I knew, OK, that’s what he should be doing.”

For now, though, Frazier’s still dedicated to succeeding as a wrestler.

He’s about to begin another state tournament as the name circled on every other heavyweight’s bracket, the one they know their title hopes will have to go through. They’ll hope Frazier has overlooked them — that he’ll make a wrong move, get too aggressive, make any kind of miscalculation that could lead to them upsetting the greatest wrestler any of them have ever seen.

Surely, he’ll have something to say about that.