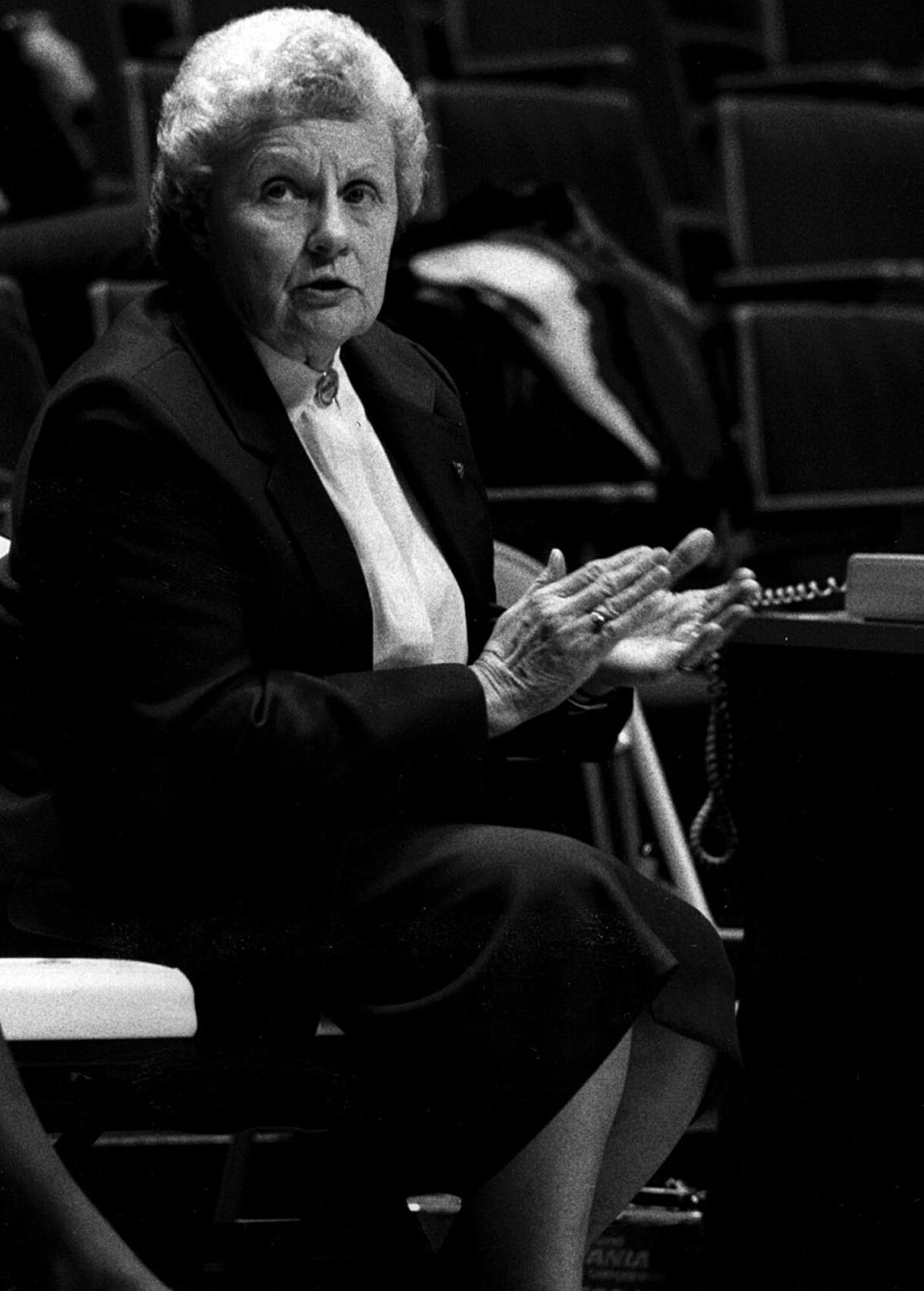 Kittie Blakemore encourages her players during a game played at the WVU Coliseum in her final season coaching the Mountaineers in 1992. 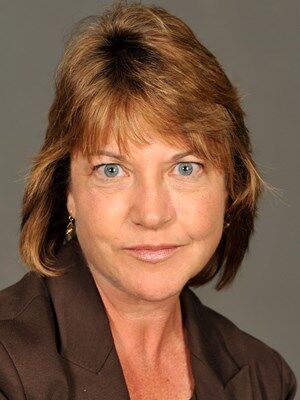 Kittie Blakemore encourages her players during a game played at the WVU Coliseum in her final season coaching the Mountaineers in 1992.

“She empowered me and she inspired me.” — West Virginia University Senior Associate Athletic Director Terri Howes on the late Kittie Blakemore

MORGANTOWN — Teachers — and coaches, after all, teachers are what coaches are — are meant to empower and inspire, to light fires within those who come under their guidance and, yes, spell.

So it was with Terri Howes, the student who would become the driving force behind women’s sports at WVU today, and Kittie Blakemore, the lady who was most responsible for getting women’s sports started after Title IX was passed and who created the women’s basketball team.

A lot of memories were gushing back into the mind of Howes on Wednesday when she learned that her mentor had died at age 91 after fighting illness for months.

Howes was a student in what was then the School of Physical Education and Blakemore was an instructor there, the women’s basketball program having been her creation.

“In those days the coaches were instructors or professors,” Howes said. “To be honest, I don’t remember what she taught … I think one of the courses I took with her was fencing.”

“She meant the world to me. She embodied what we all aspire to be. I couldn’t ask for a more impactful mentor and friend,” Howes said. “She taught me to always remember priorities in everything and the No. 1 priority is the people. In our role as educators, the people are the students. Always put the student perspective and well-being first. That is something I hope I continue to follow through on. That was a legacy I was blessed she left with me.”

The relationship got going at its strongest late in Howes’ college life, when she was in graduate school.

By then, Blakemore had gone from teacher to mentor. She was giving Howes life and career advice.

You didn’t learn in books what Blakemore taught to Howes and her other students and players.

“It goes back to that whole caring, the humanity of Kittie was unbelievable … never a cross word about anybody or anything.

Just so inspirational, such a mentor,” Howes said.

As she was leaving school, Blakemore directed Howes toward becoming an administrator, and she now holds the title of Senior Women’s Administrator at WVU.

“She encouraged me to get into administration. When I had the opportunity to go to the University of Wyoming, she was always a phone call away. She was always there if I ever needed anyone to talk to or run things through.”

Blakemore helped Howes get to Wyoming in 1989 and she would also influence her return home in 1998.

“She called me and let me know she was retiring, just wanted to let me know that. That was all she said. She put that on my radar,” Howes said.

That was how Blakemore operated, low key.

“She was very influential in allowing me to get in front of [athletic director] Ed Pastilong and get a chance to come back to my hometown and alma mater,” she said.

She knew she’d be picking up where Blakemore left off, having established women’s sports — especially basketball — at WVU.

It wasn’t easy but Howes said in all the conversations they had, she never pushed the difficulty of getting things done in the early days.

“I don’t ever remember her saying how tough it was,” Howes said. “It was always relayed in stories. She would talk about the conversations, but never in the perspective it was a battle.”

She expressed it through her enthusiasm and passion.

But when it comes to how she remembers Blakemore on a personal level, the best story she can tell is from her days as student. They had to drive to Cincinnati for a research presentation.

“The memories are flooding back. I remember I came down with something when we were there and the ‘mother’ in her kicked in and she got Earl Gray Tea. It was the first time I ever got Earl Grey Tea,” Howes said, referring to a special blend of English tea.

But this proved to be a memorable ride.

“Well, we weren’t a half hour out of Cincinnati when a blizzard hit. It was 1986 or 1987 and we were going the southern route,” Howes said. “I mean, I am scared. I am white knuckled … and I’m not driving. Well, Kittie was as calm and cool and collected as anyone I’ve seen. She’s just chatting and telling stories.”

“She gets on that CB radio and every CBer in the nation jumped on that radio. We just got in with a bunch of truckers. They just brought us into the convoy and they protected us all the way to Charleston. She just rode with the flow,” Howes said.

That was the way she went through life, getting the job done in her own way, with passion and compassion.