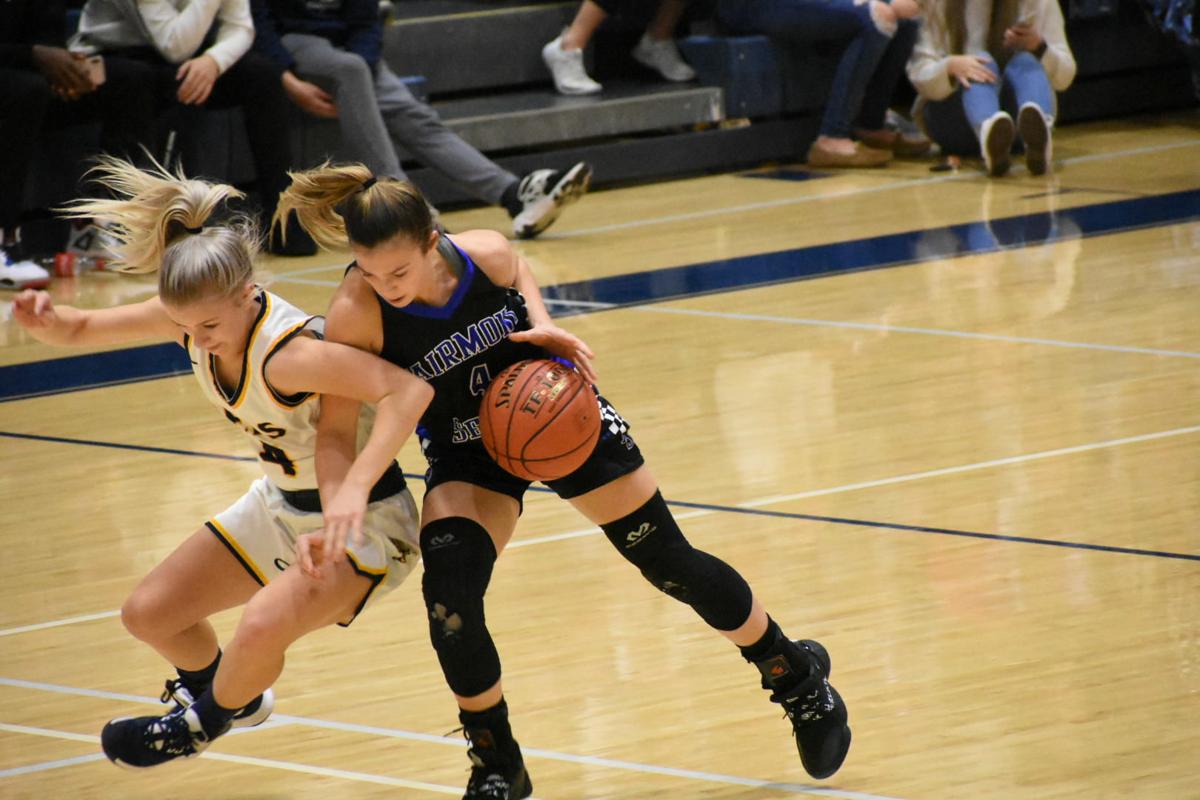 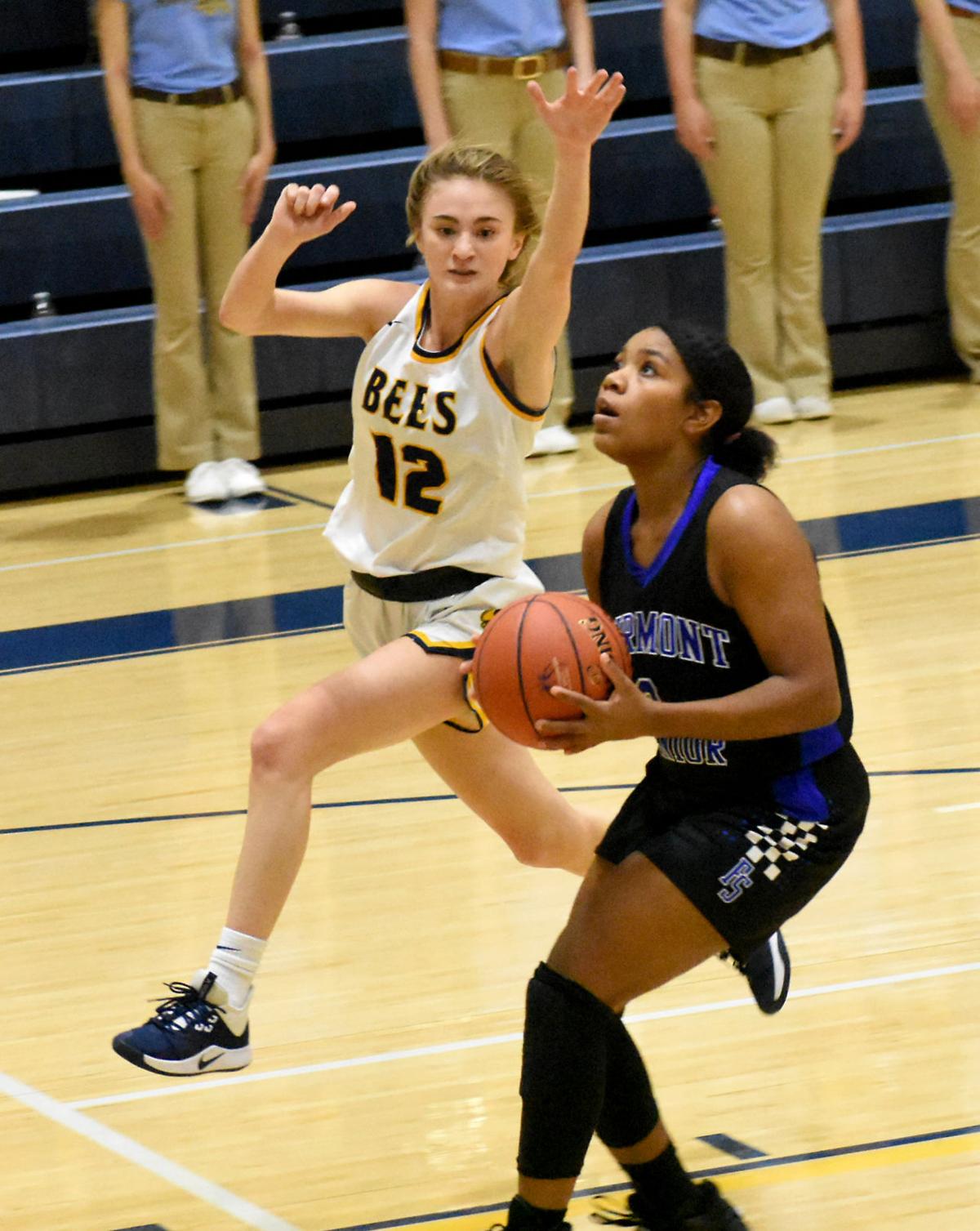 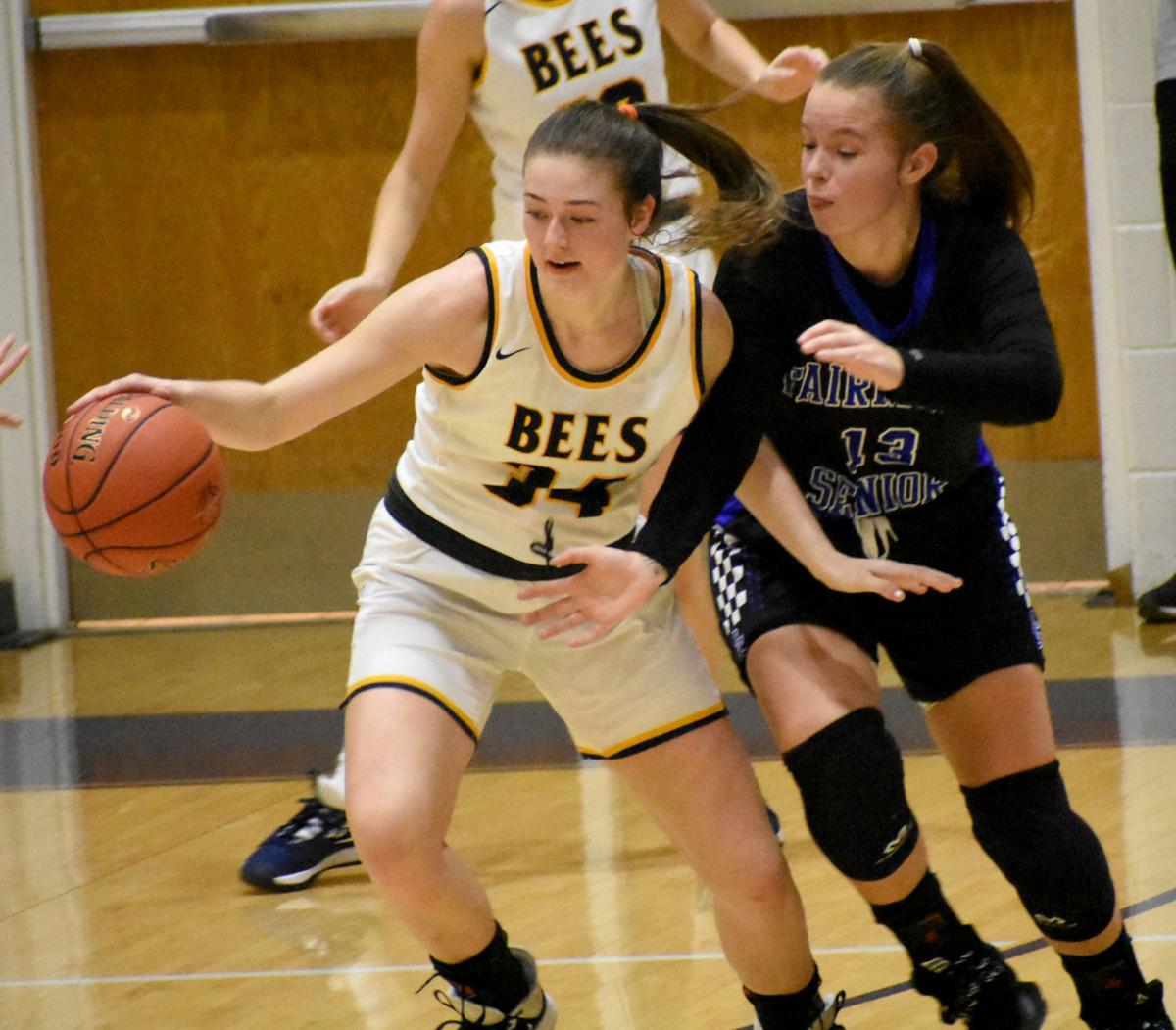 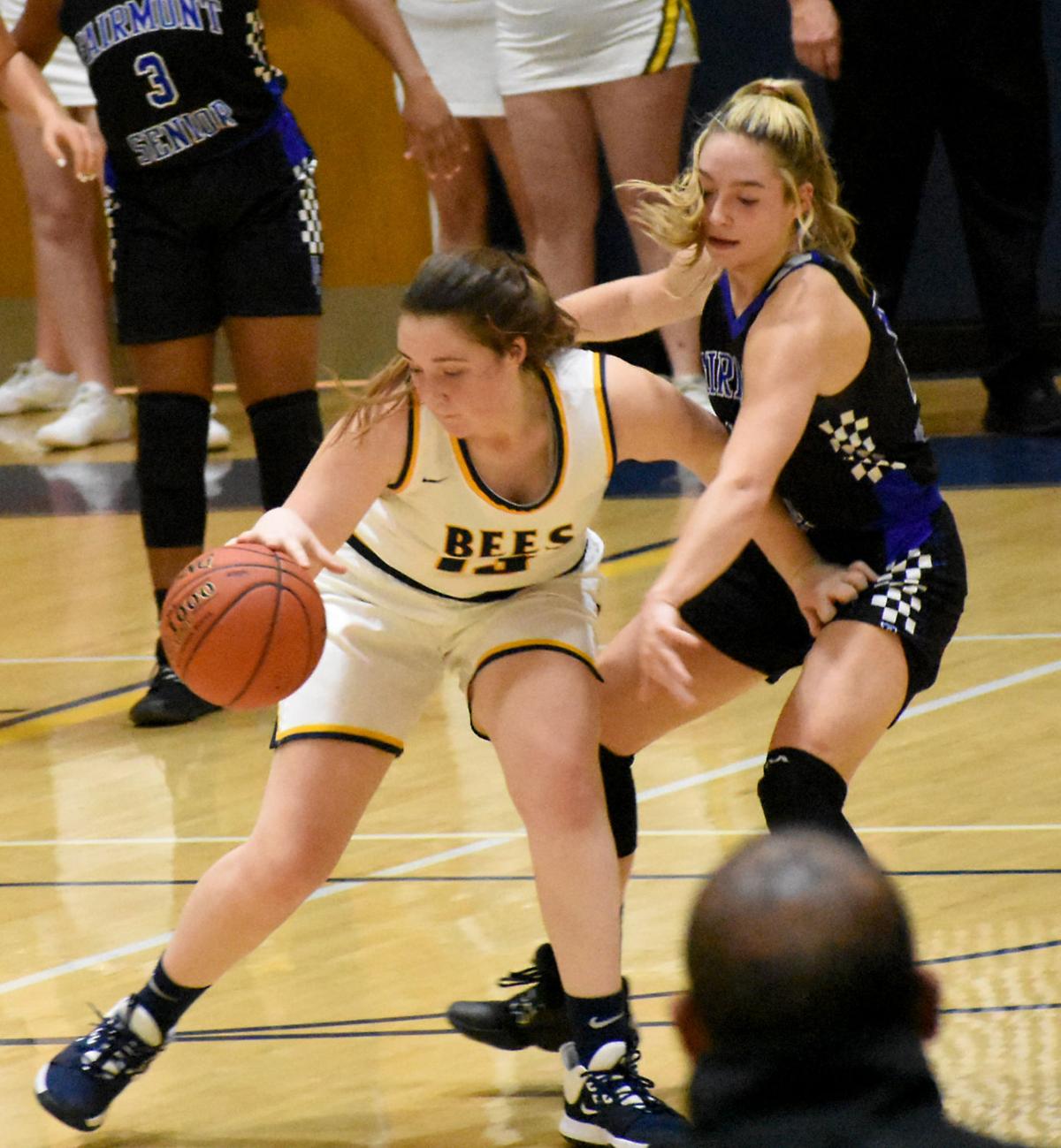 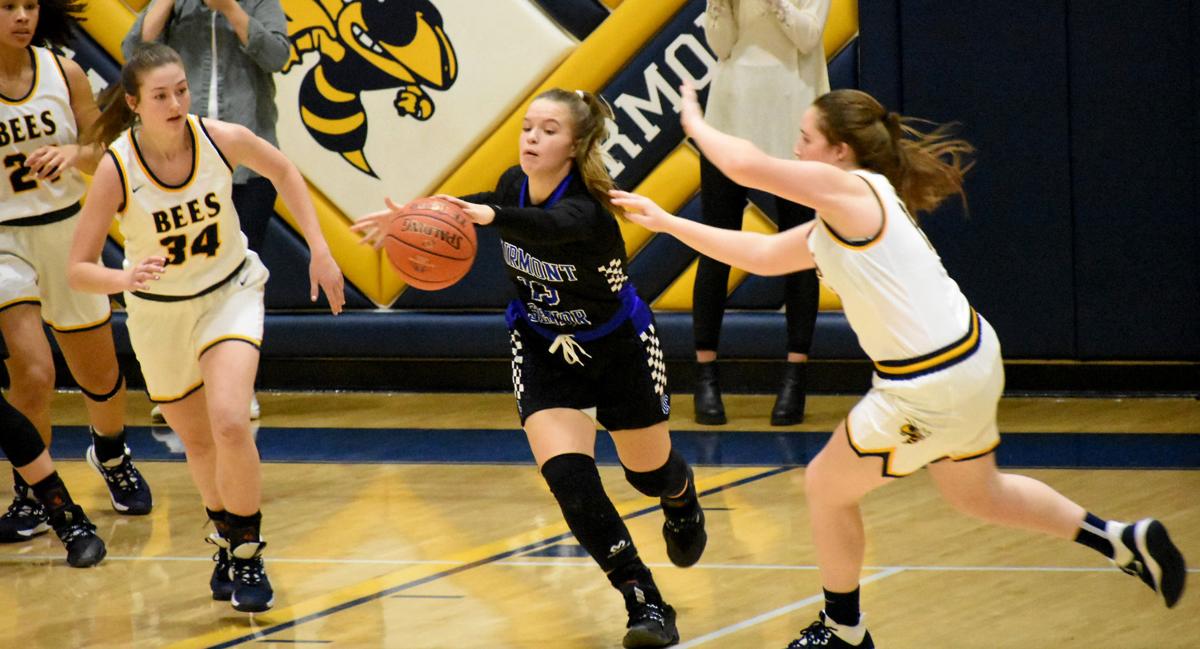 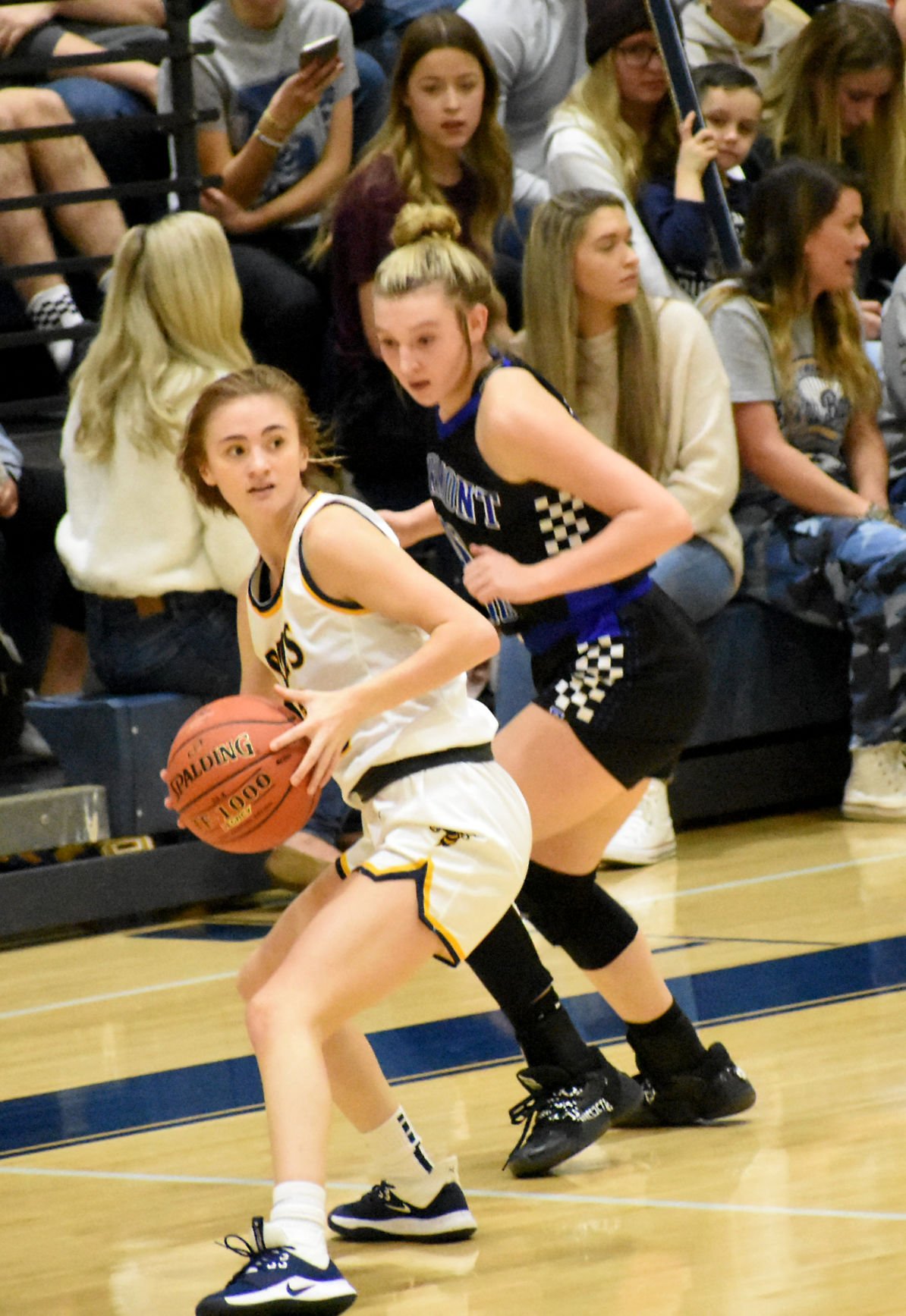 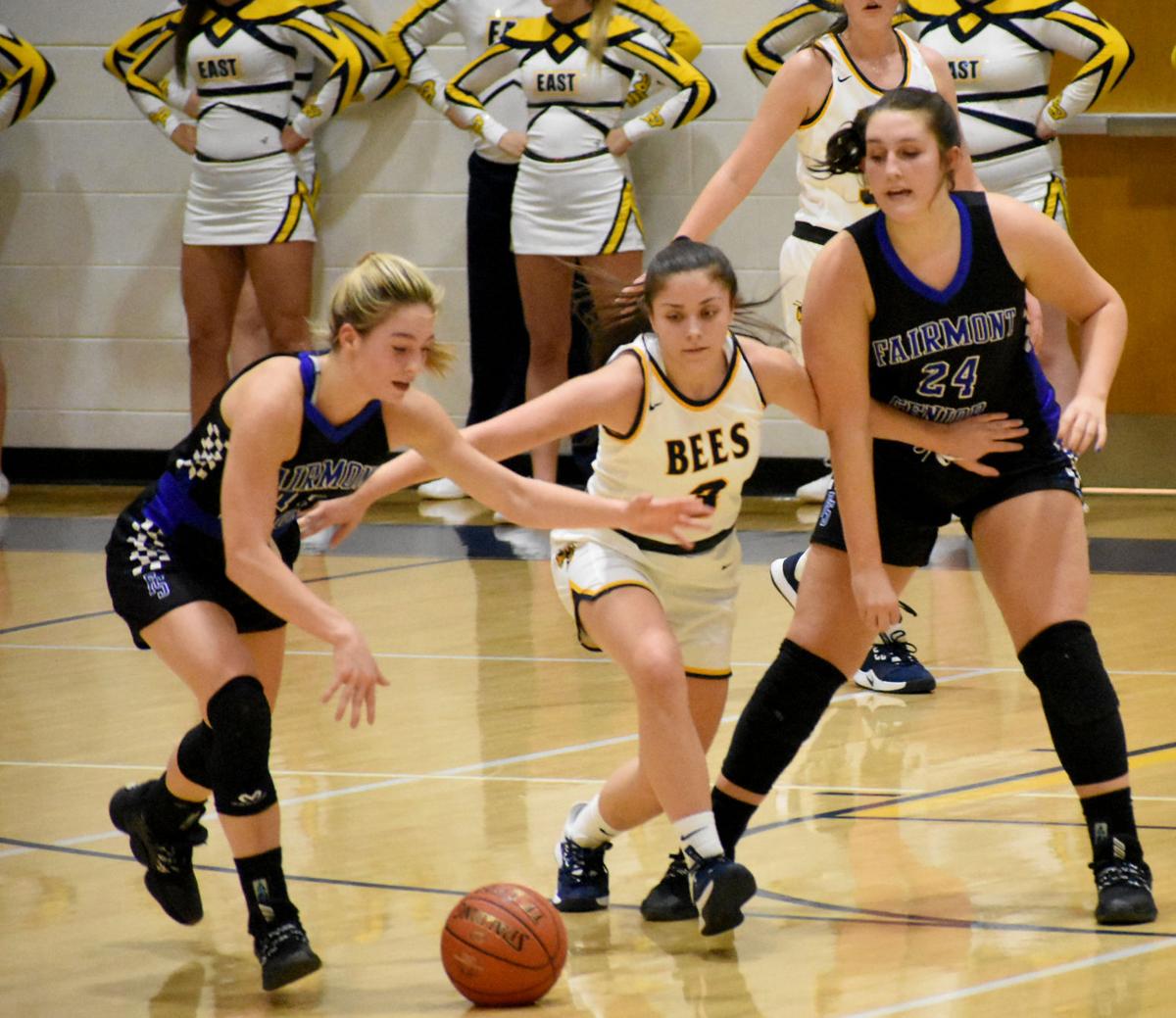 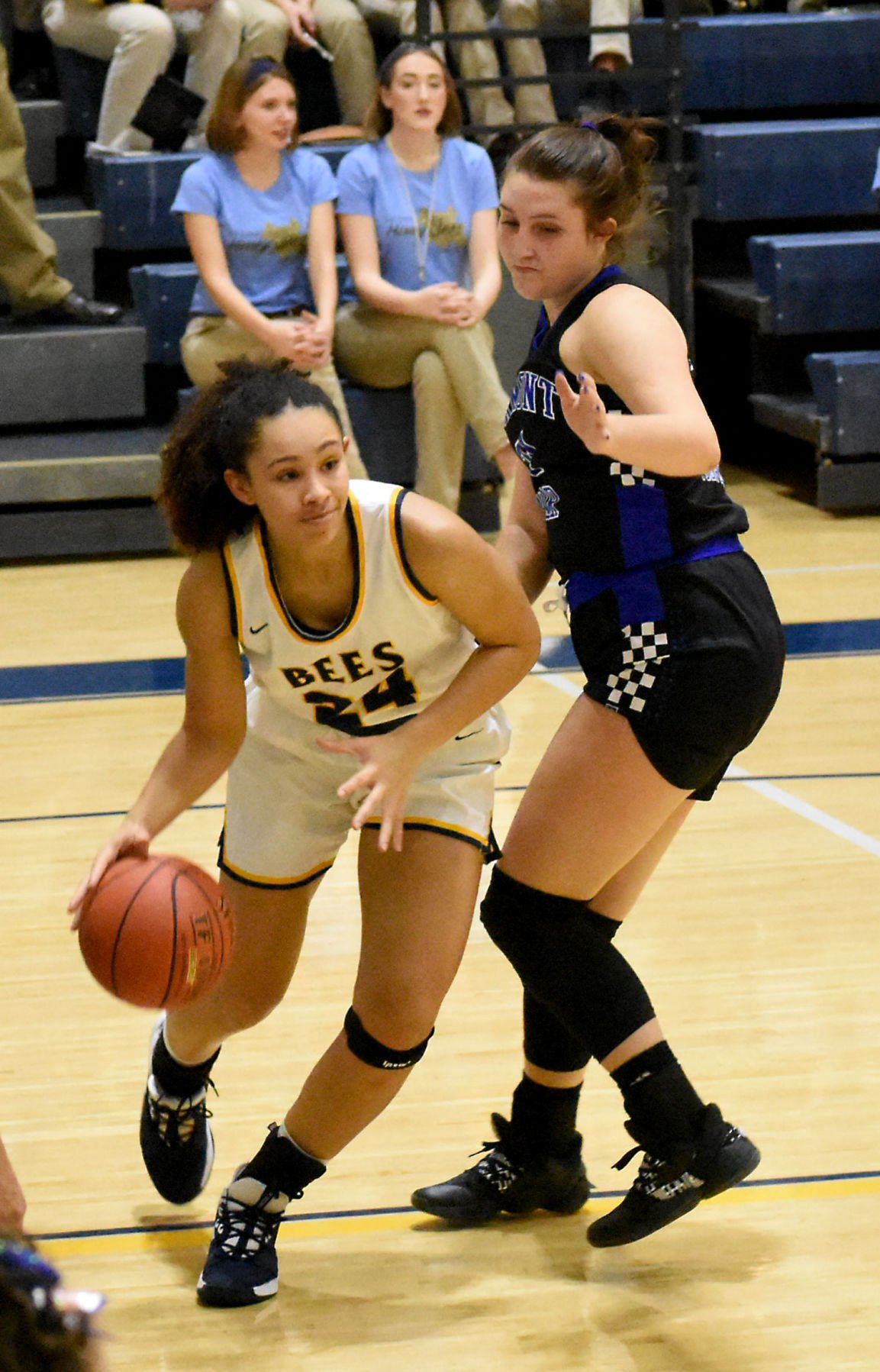 PLEASANT VALLEY — At times, it's tough to believe that Fairmont Senior standout Marley Washenitz is only a sophomore.

Thursday night proved one of those moments, as the final buzzer sounded during the Polar Bears' visit to cross-town rival East Fairmont and it was time to tally the stats.

After all was said and done, Washenitz's final numbers from the game read more like a video game screenshot or an NBA box score — she would finish the night with 27 points, 12 steals, 10 rebounds and four assists, leading her team to a 53-38 victory over the Bees.

"I try to do everything I can to help my team when I’m out there. Rebounding is something you can control, and I'm known as a physical player, so I'm not afraid to get down there and do what I have to — I'm not going to shy away from anything," Washenitz said.

“The sky's the limit for that kid. She’s one of the hardest workers I’ve ever had in my program — she plays hard, and the thing she just has to do, and she’s going to do it, is fine-tune the little things. Then she’ll be one of the best players in the nation, and that’s her goal. That’s how she wants to work, and she’s not satisfied with just being one of the best players in the state,” Fairmont Senior head coach Corey Hines said.

It was Washenitz who dictated the pace and atmosphere of the game from the first possession onward, using a hard-nosed, scrappy effort on the defensive end to establish momentum and create scoring opportunities for the Polar Bears. She paced the team with her double-digit steals as Fairmont Senior would pickpocket East 21 times and force 23 total turnovers.

“What she does is on the defensive end — she makes us go defensively. In turn, what she does offensively is a bonus. But on the defensive end she’s getting steals, she’s boxing out, and she’s guarding the best player on the other team. She’s trying her hardest to fill the stat sheet, and that’s what’s most impressive about her. If someone wants to be a great player they have to be great on both ends, and she is,” Hines said.

“I try to go out and control the game — when I get a steal, I’m looking to get a layup and create opportunities for my teammates. Whenever I get a rebound, or in any situation to score or get my teammates points, I’m going to take advantage of it,” Washenitz said.

That type of play was also evident inside as the Polar Bears outpaced their host 40-22 in rebounds — Washenitz and senior Makayla Lilley each tallied 10 boards in the effort.

“We’ve got to get tougher on the boards. They kept a lot of things alive on second and third chance opportunities , and they’re smaller than us for the most part. One thing we have to get better at is being able to control the boards. We have to limit teams to one-and-done and be able to clear rebounds and get out in transition,” East Fairmont coach James Beckman said.

Fairmont Senior was able to secure the win following a stout first-half performance that saw them force 13 turnovers in the first two frames of play and hold the Bees to just 15 points at the midway point — they would carry a 12-point lead into the break.

The Bees would respond with a much more valiant second-half effort, forcing 11 turnovers and trimming the lead to just four points near the end of the third period. In the end, the Polar Bears would outscore East by just one point in the final 16 minutes, but the early deficit was too much to overcome.

“I think one part of it is the experience, just being with us for a few years now. I think they’re also starting to buy into what we’re selling them, and they’re believing in each other. They want to get to the next level,” Beckman said.

“We’re competing, and we’re competing against the upper-echelon teams in the state of West Virginia. These girls have competed all season and I know our record doesn’t show it, but I’m more than happy with how we’re getting after it. The next step is to go and get the win in these games.”