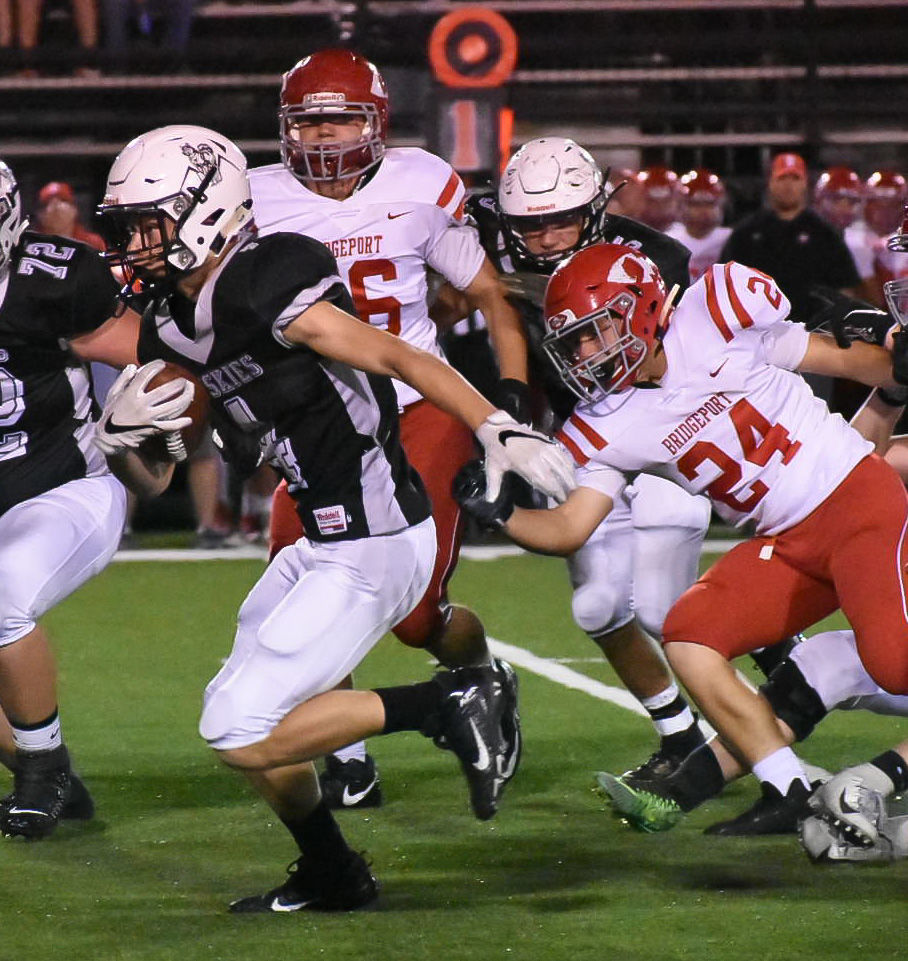 North Marion’s Hunter Kuhn (4) runs away from an attempted tackle by Bridgeport’s John Love (24) during the game Friday. For a slideshow of photos, log on to timeswv.com. 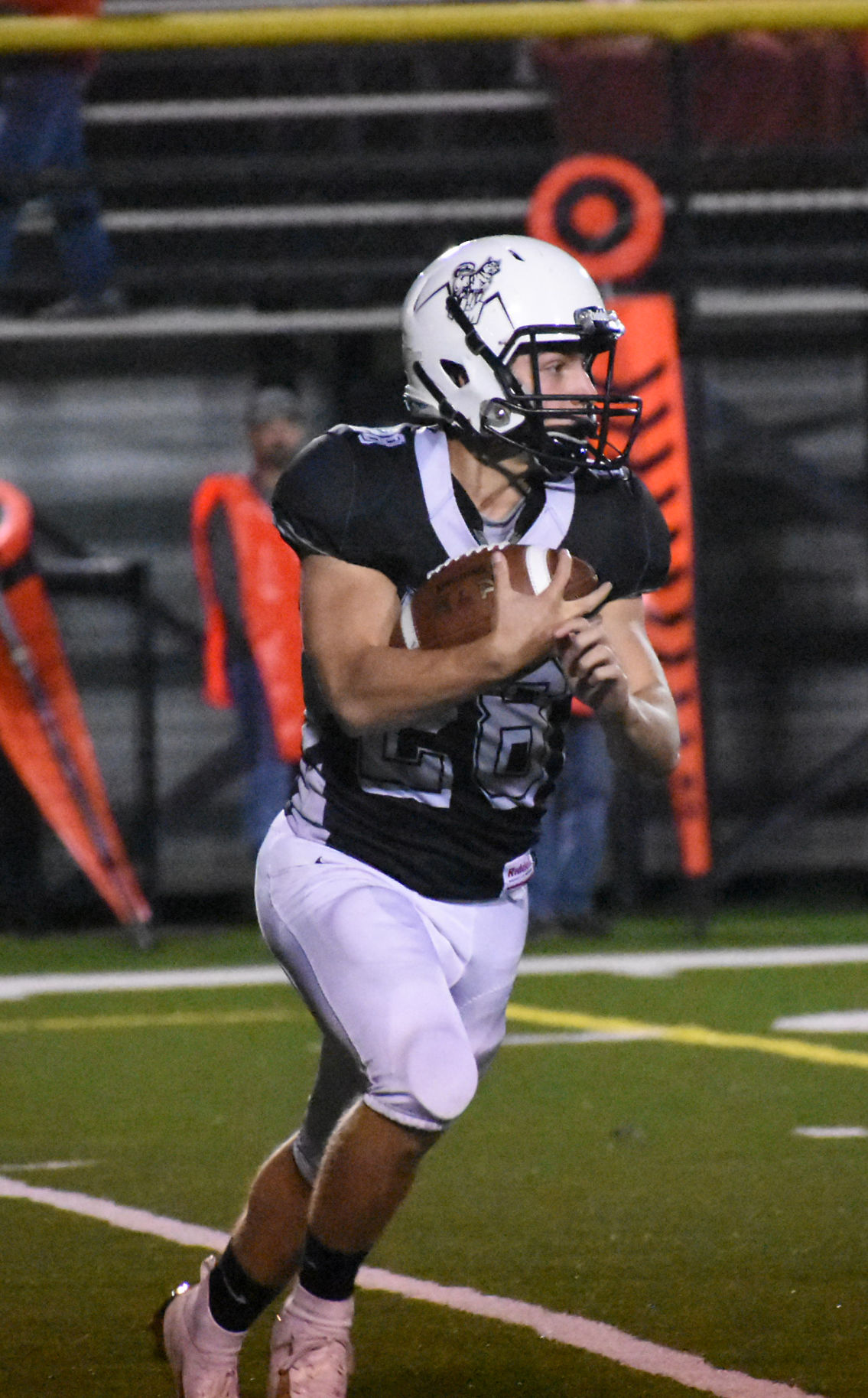 North Marion's Gavan Lemley runs the ball up field following a kick off. 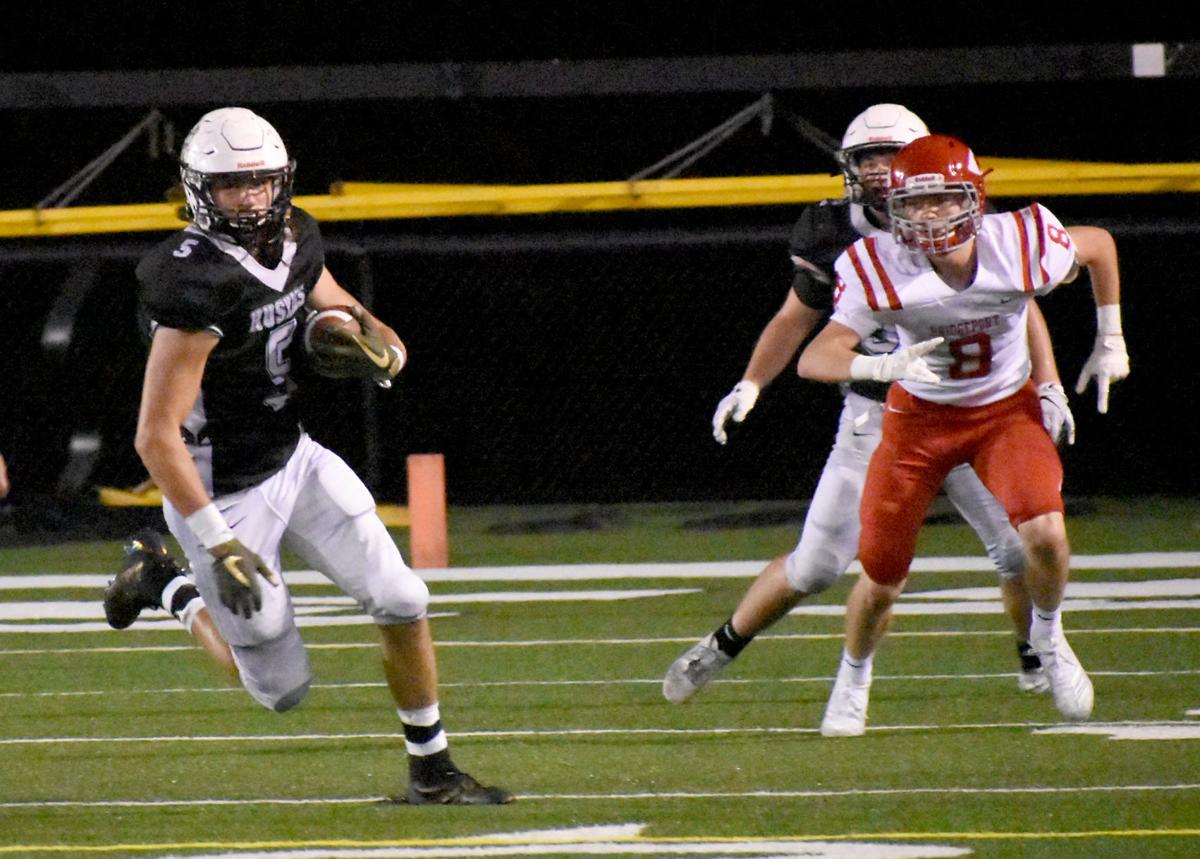 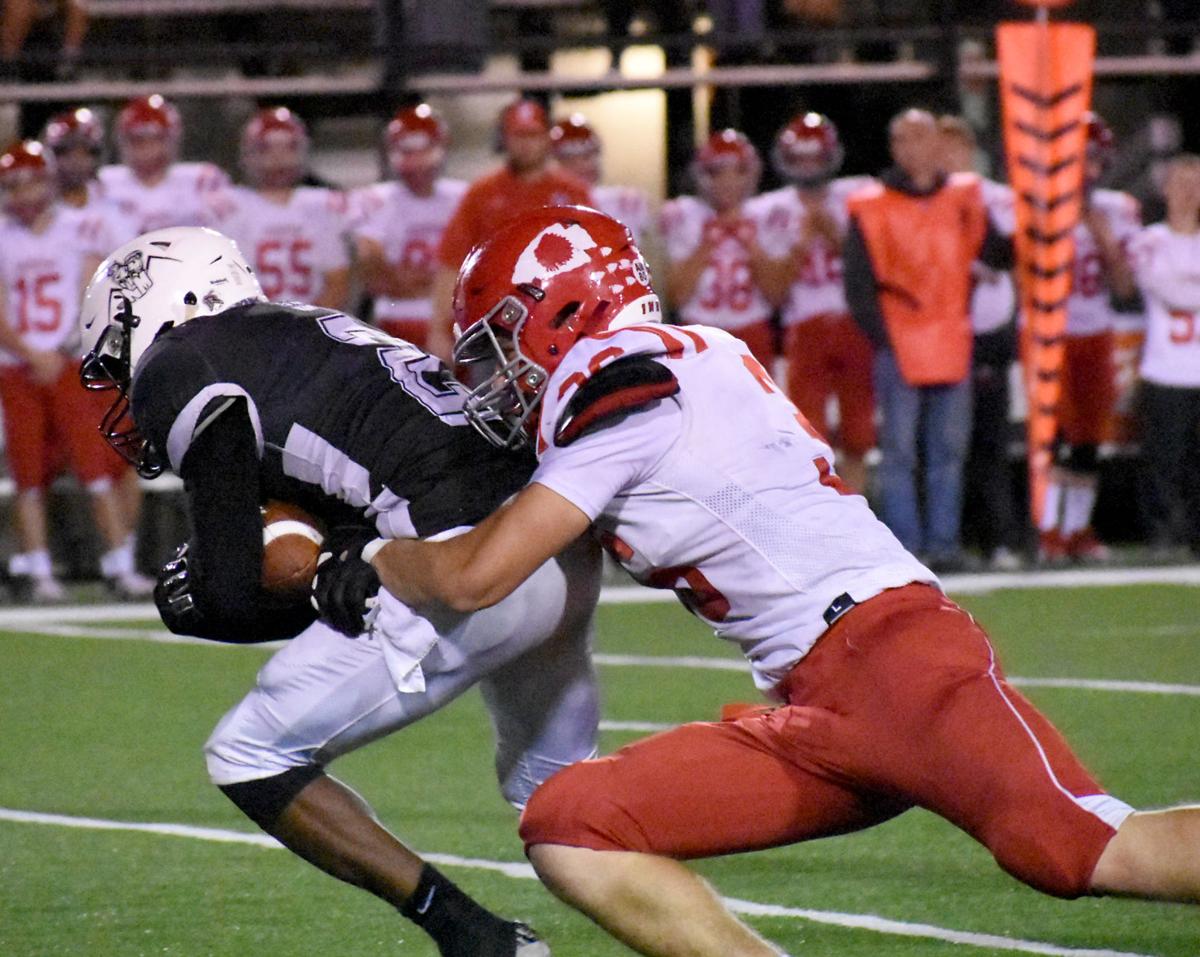 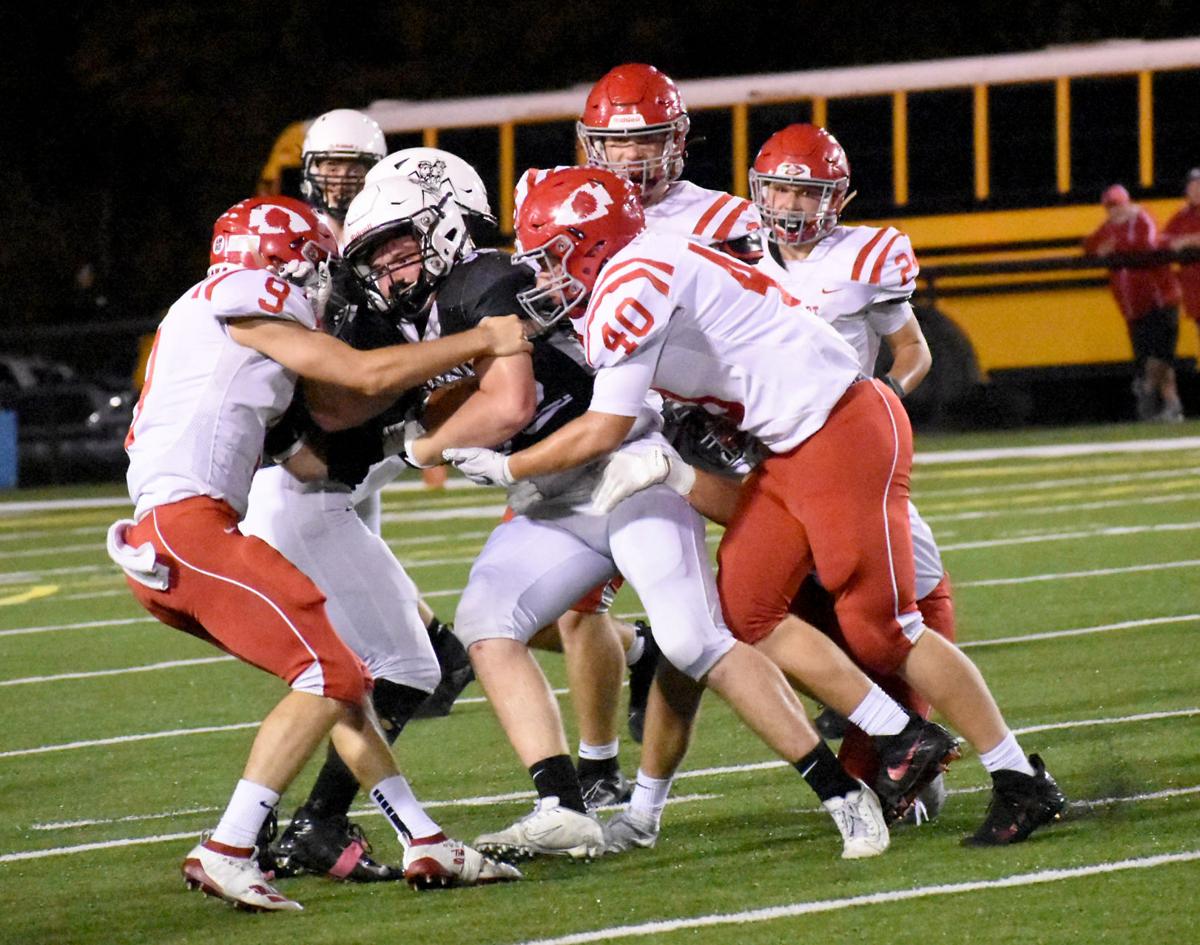 North Marion's Tyler Thorne is swarmed by a host of Indians. 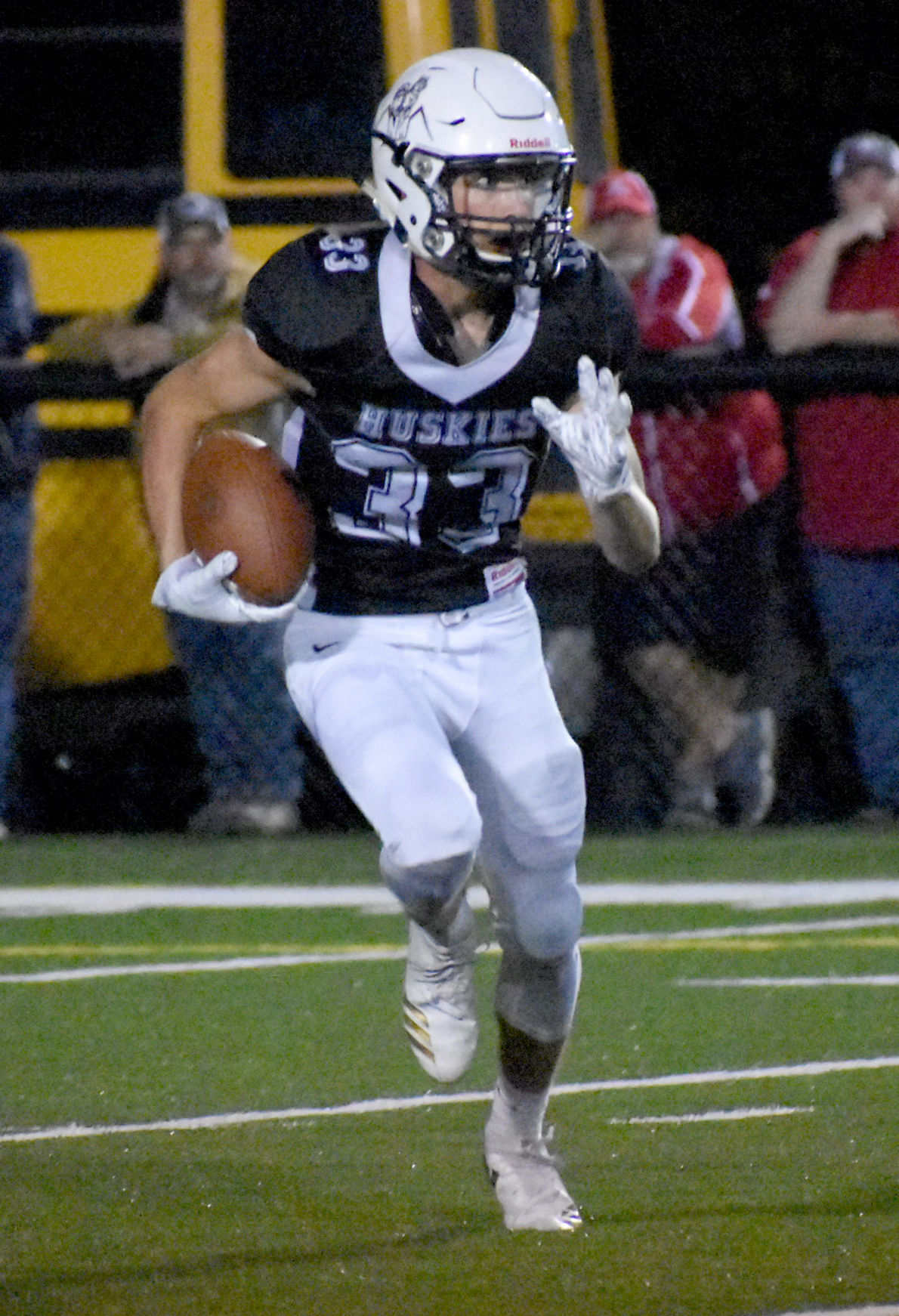 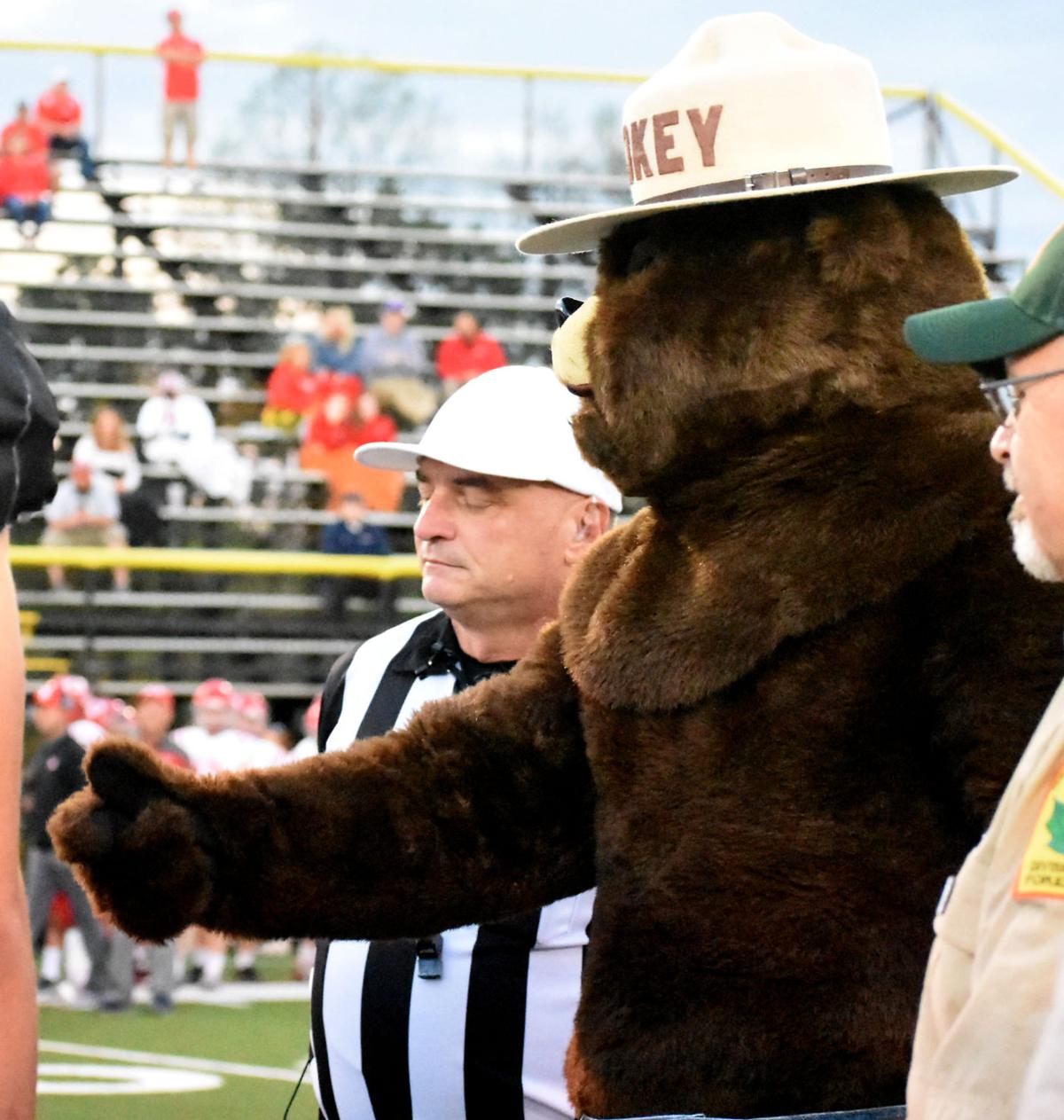 Smokey the Bear flips the coin during the coin toss at the start of the North Marion Bridgeport football game. 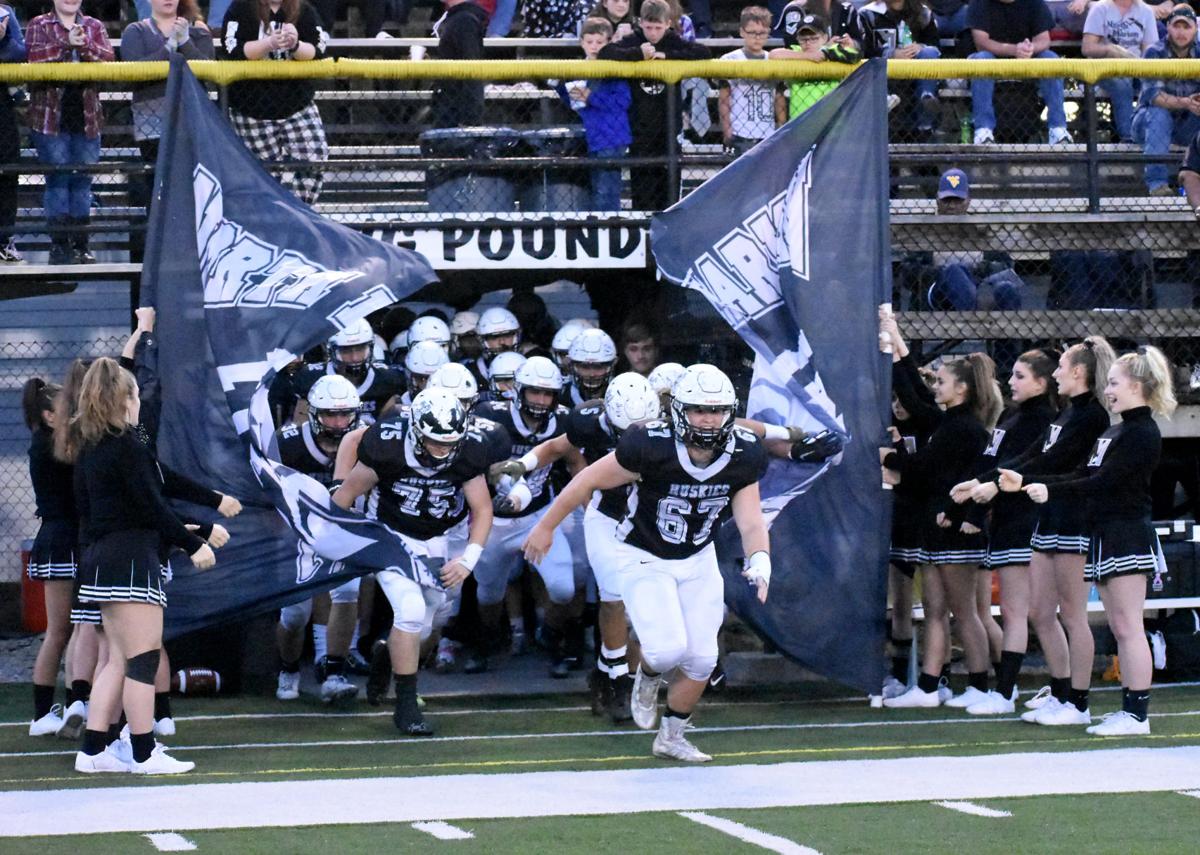 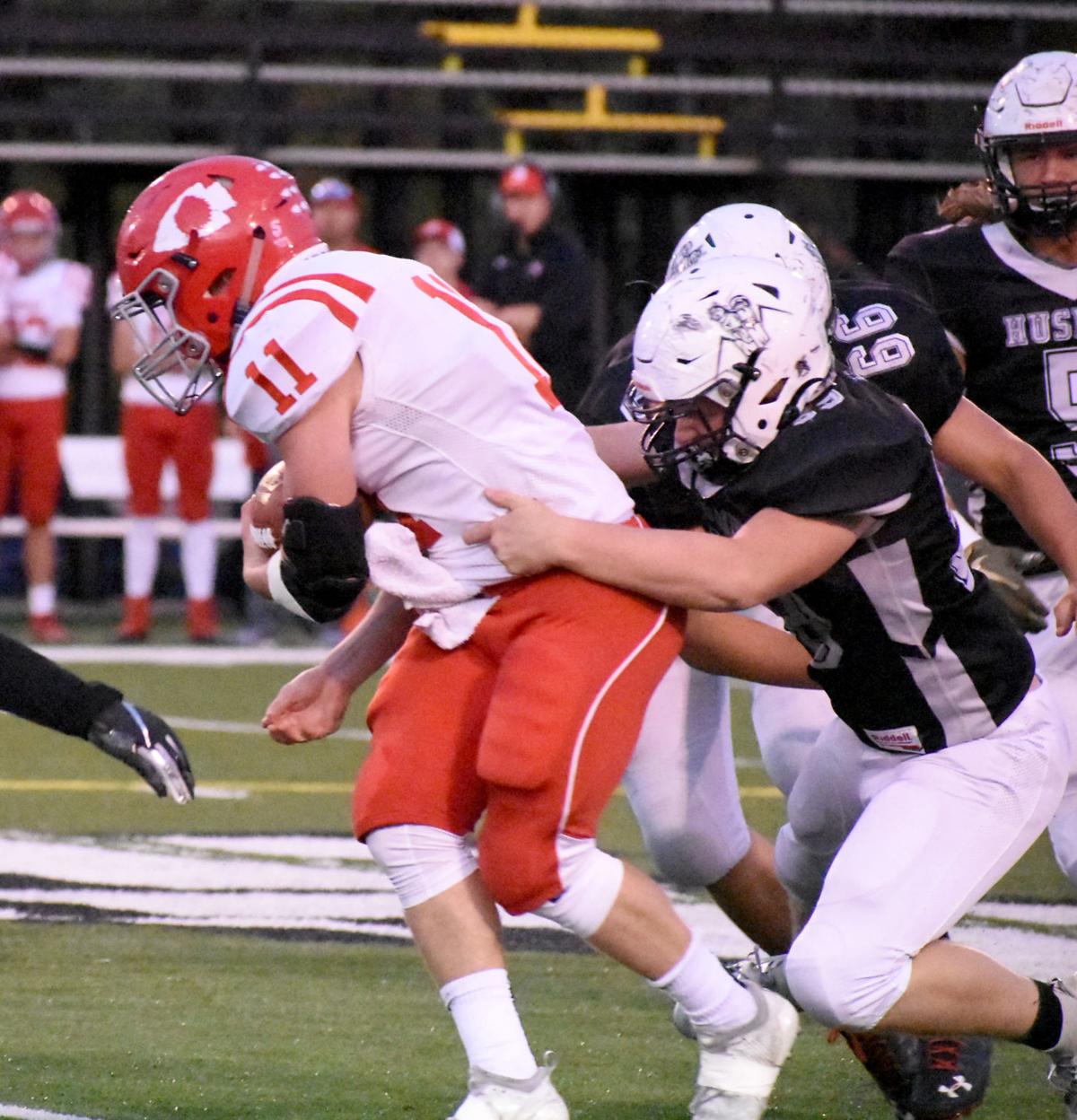 North Marion’s Hunter Kuhn (4) runs away from an attempted tackle by Bridgeport’s John Love (24) during the game Friday. For a slideshow of photos, log on to timeswv.com.

North Marion's Gavan Lemley runs the ball up field following a kick off.

North Marion's Tyler Thorne is swarmed by a host of Indians.

Smokey the Bear flips the coin during the coin toss at the start of the North Marion Bridgeport football game.

RACHEL – The playing surface at North Marion High’s Woodcutters Stadium is named Roy Michael Field, but on Friday night, it may as well have been called the Carson Winkie playground.

The Bridgeport running back was seemingly unstoppable as the Indians waltzed into Rachel for a Top 10 Class AA matchup, he would tally 236 yards and two touchdowns on the ground as he led his team to a 35-20 victory.

“Winkie’s been there all year. He’s got a lot of time and effort invested into what he’s doing. He’s grown up, and put on about 20 pounds in the off-season – that’s probably why he was a little hard to tackle. He wants to win, and he likes to work. He plays hard and we’re blessed to have him,” said Bridgeport head coach Jon Cole.

“I think the best move they’ve ever made is moving him from their upback to their tailback. Coach Cole has praised him as being as good of a blocker as their linemen, and you move to tailback and you’ve just got a load,” said North Marion head coach Daran Hays.

Winkie headed a rushing attack that scored each of Bridgeport’s five touchdowns and accumulated 355 yards overall, wearing down the Huskies’ defense which couldn’t find an answer to the run.

“That’s the best we’ve done all year, and I’ve always said over the years that if we can get 300 rushing yards in a game, we can usually win. We haven’t gone over 300 this year, but tonight our line and blocking backs paved the way and Carson did the rest. What we do is methodical and you have to be tough and hard-nosed to do that,” Cole said.

“They adapt to every defense like this, and they do a great job. We added an extra lineman, but they cracked that first level – which they’re so good at – and know when and where they’re going. I thought our guys up front battled as well as anyone tonight, but it’s kind of like pinching a wall so to speak,” Hays said.

The Indians were consistent with their ball movement, stringing together multiple long drives that chewed up large chunks of clock and kept their momentum rolling – they would earn 23 first downs in total and convert on four fourth down attempts.

“If we had gotten off the field on half of those fourth downs, I think it’s a different ball game. But that ball movement is what they’re predicated on, and they’ve been doing it for 50 years. Their front is really good, and they do a really job of sprinkling their different backs in there to get some consistent movement,” Hays said.

The Huskies usually balanced attack was fairly stagnant on the ground, but Gunner Murphy would produce big at quarterback. He finished the night 16-27 with 222 yards and two touchdowns as North Marion kept Indians on edge with an efficient play-action attack.

“We added a lot of run-pass option stuff this week, so it was a lot of reads on my part - we’ve ran the ball really well this year and that sucked in their linebackers tonight, which opened up the short passing game,” Murphy said.

“We had a couple good hits and they held onto the football. They’re a good offensive team and they play a lot of kids, and tonight they didn’t make as many mistakes as in the past. It’s tough to stop - it’s really just play-action, but we’re always worried about stopping their run and we get sucked up and they go through the air. A little more execution and I think we handle that easier,” Cole said.

Leah Irene Powell age 81 of Cardinal Lane, Grafton passed away June 4, 2020 at Monongalia General Hospital in Morgantown, WV. She was born July 12, 1938 in Upshur County the daughter of William E. Tominson and Silvia Irene (Chute) Bailes. Leah was a beloved wife and mother. A member of the C…