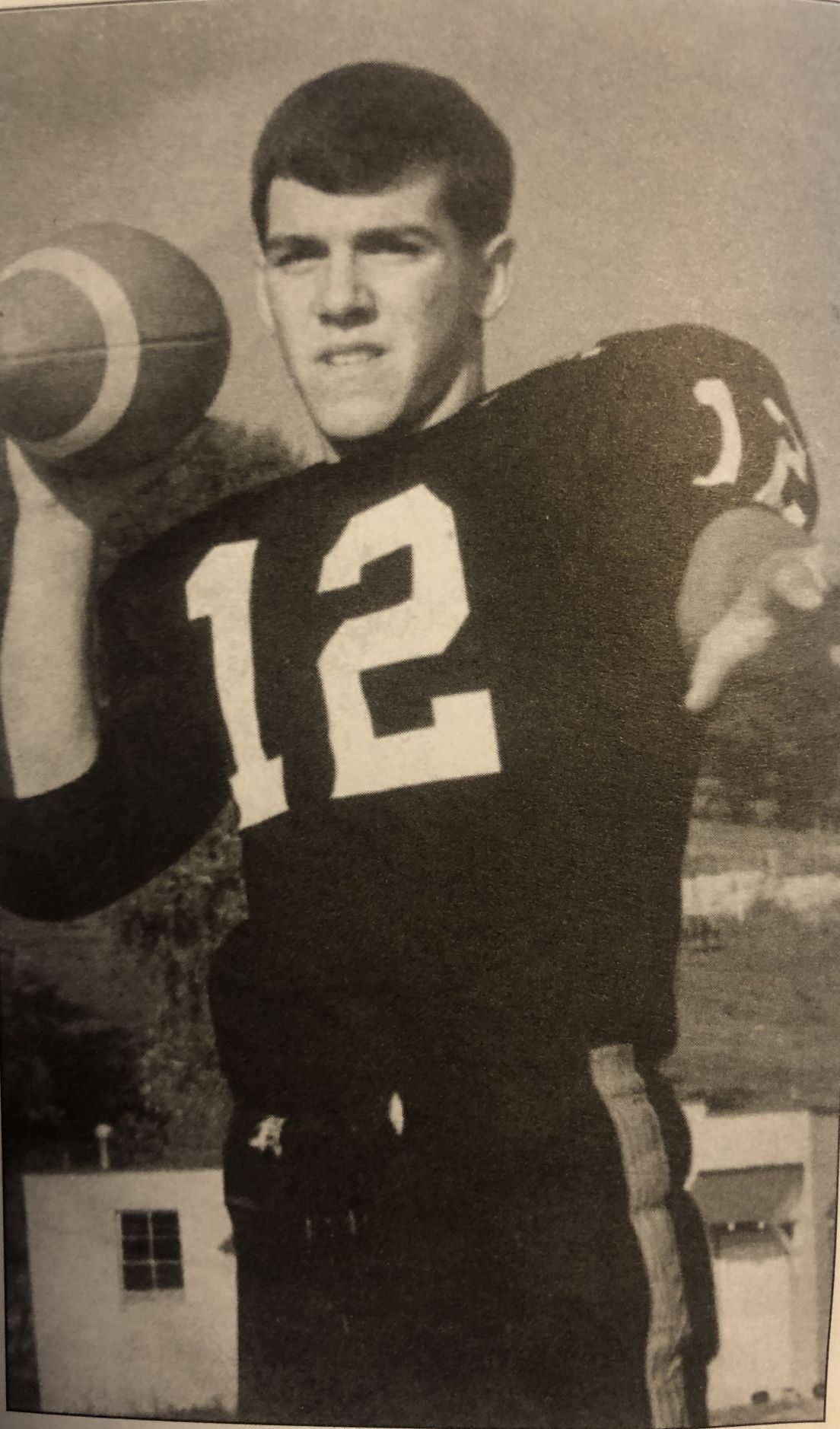 Monongah High’s Nick “Brother” Saban was the team’s starting quarterback in its 1968 state championship season. Saban was a three-sport star at Monongah before he became one of college football’s best ever coaches. 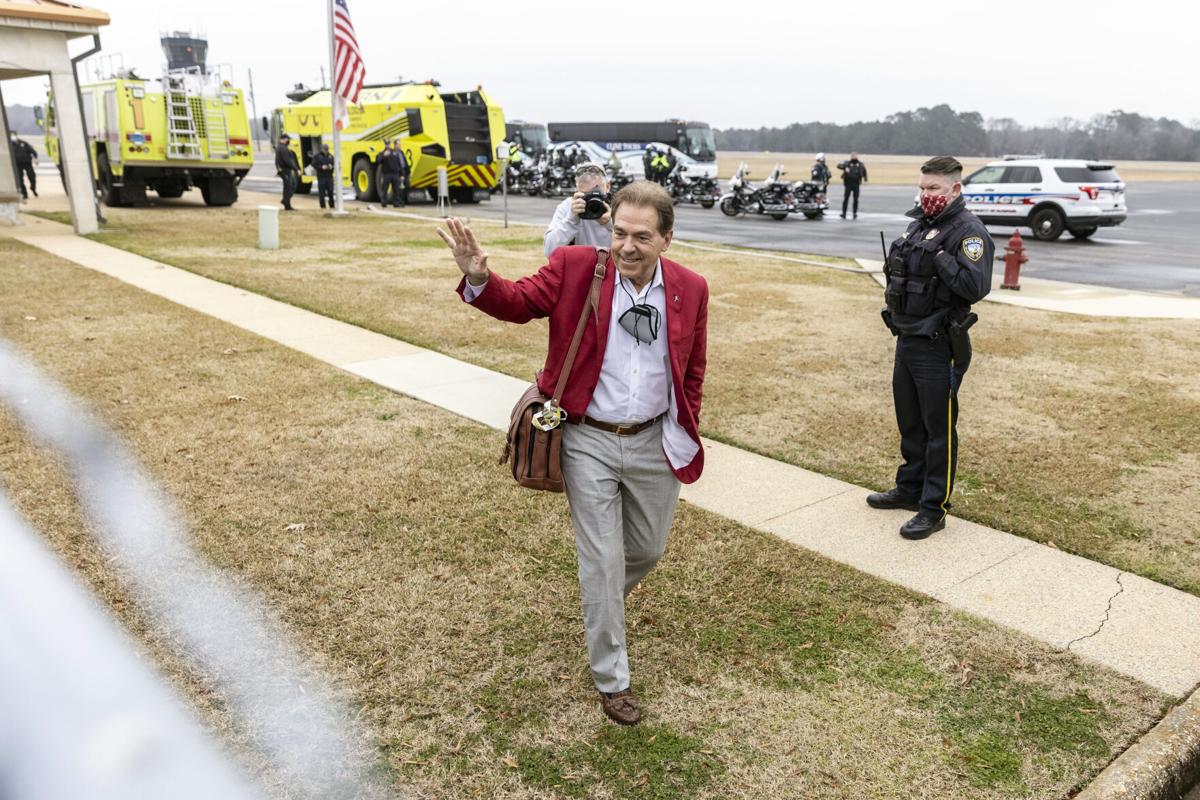 Monongah High’s Nick “Brother” Saban was the team’s starting quarterback in its 1968 state championship season. Saban was a three-sport star at Monongah before he became one of college football’s best ever coaches.

MORGANTOWN — Perhaps it is, as some would suggest, going out on a limb to proclaim Nick Saban the greatest college football coach of all time, although possessing seven national titles provides a rather strong argument in his favor.

Certainly, there are other legendary names that find their way into the argument, beginning with Bear Bryant or Knute Rockne or Bud Wilkinson or Tom Osborne. Bryant, like Saban, won six championships while coaching Alabama, but Saban tossed in an extra one in his final season at LSU while Rockne, Wilkinson and Osborne each won three titles.

Saban’s record, though, offers a consistency that few, if any, can match. Over the last 13 years at Alabama, he has recorded double-digit wins each season and owns a career winning percentage of .800 for a quarter of a century as a head coach. That soars beyond Bryant’s career mark of .780 and while Bryant at Alabama had an .824 winning percentage, Saban’s is at a staggering .881.

That means that while playing in the Southeastern Conference, acknowledged as the best football conference in the land, he has won nearly nine of every 10 games.

But seeing as the spotlight of currency remains shining on Nick Saban, we will not yet try to anoint him the greatest ever.

Still, we must make note of the fact that this was the 19th national title for coaches from the state of West Virginia, far, far out of proportion to its population and, to be honest, it’s football history ... WVU having won more games than any school that has not yet won a national championship itself.

This, by the way, is nothing new in the Saban era. It has been a rather consistent phenomena going back to the days of Fielding Yost at Michigan and through the likes of John McKay and Lou Holtz and Ben Schwartzwalder and Jimbo Fisher.

And these weren’t won at some out of the way schools on a one-shot basis, Yost winning at Michigan, McKay at USC, Holtz at Notre Dame, Schwartzwalder at Syracuse and Saban at Alabama and LSU.

Amazingly, the DNA for most of it comes from within the narrow area of North Central West Virginia, from Fairview to Fairmont to Everett to Glen Falls to Worthington.

As a city slicker who blindly stumbled upon this area a quarter of a century ago myself, I had no idea what football meant to what most saw as a dying area that lived off coal and was known far more for its natural assets than its fiscal ones.

But soon it became apparent that football was king, which made all the sense in the world.

The people of this area have lived hard, physical lives and when they looked for a light at the end of the tunnel down in the coal mine it was not that of another miner approaching.

It was football leading the way out of the mines and into the sunshine.

My first thought was that perhaps it was my dear friend Sally Demasi’s pepperoni rolls that carried the secret ingredient to football success but while she shared her work far and wide, it wasn’t necessarily on the football training tables around the area.

No, this was something different. This was finding a game that was much like the life they lived, a game where you had to be tough and you had to be disciplined, family and the brother working alongside you was what was important, much as it was in a locker room.

Your success, often your life, was linked to that of others.

There were no superstars down below, simply those with the mentality of a nose guard and the disposition of a tight end and with an ability to think of only the present for they knew tomorrow wasn’t promised you, just as no football coach is ever promised a win in his next game.

It didn’t come easy for Saban.

He started off as a bouncing around as an assistant, two years at West Virginia just before Don Nehlen came in, before branching off on his own as a head coach at Toledo where he went 9-2.

If he thought it was going to be easy, though, he learned the facts of life fast when he jumped to the Big Ten and took over at Michigan State.

His first five years there were 25-22-1, showing the world he could survive, before putting together a 9-2 season that sent him off to LSU where he found southern football more adaptable to his style and before long he was taking home his first national championship with 13-1 record, beating Oklahoma, 21-14, in the 2004 Sugar Bowl.

A year later, he went off Bear hunting, settling in at Alabama for a run that continues today.

Rumors swirl about a return trip to the NFL, where he coached in 2005 and 2006, but he seems to have learned from that misadventure that the college game is really where the coach is king and where he can make the most difference.

In the end, though, it all goes back to the roots and to the life in North Central West Virginia.

Sen. Joe Manchin, a lifelong friend of Saban’s, once put it this way:

“It’s truly called survival. Nothing was easy, nothing was given to them. It’s not a prosperous area. It is just the hardest-working people you ever meet.

“In the era we grew up, there were no excuses. It was never somebody else’s fault. People could shake your hand, look you in the eye and see your soul and see if you were real or not. There was no B.S. If you wanted to succeed, you had to be extremely competitive. You had to go after it.”

And that’s what these coaches did.

It inspired them to their success, but didn’t chase them away.

“Maybe growing up in West Virginia hardens you a little bit because it is so difficult on some people, but I’d have no issue at all to go back and be what I once was because I don’t see it as a bad thing.”

In truth, it is as much a part of them as football coaches as are their playbooks.