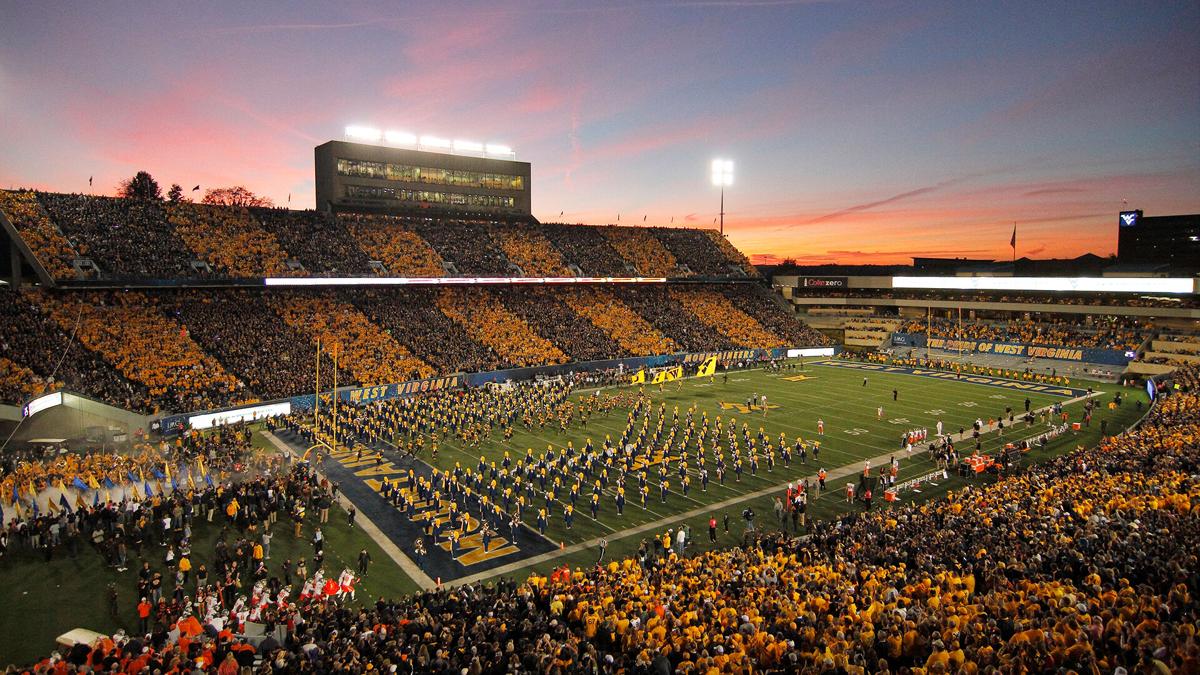 This fall will mark the 40th anniversary of Mountaineer Field at Milan Puskar Stadium which opened in 1980. 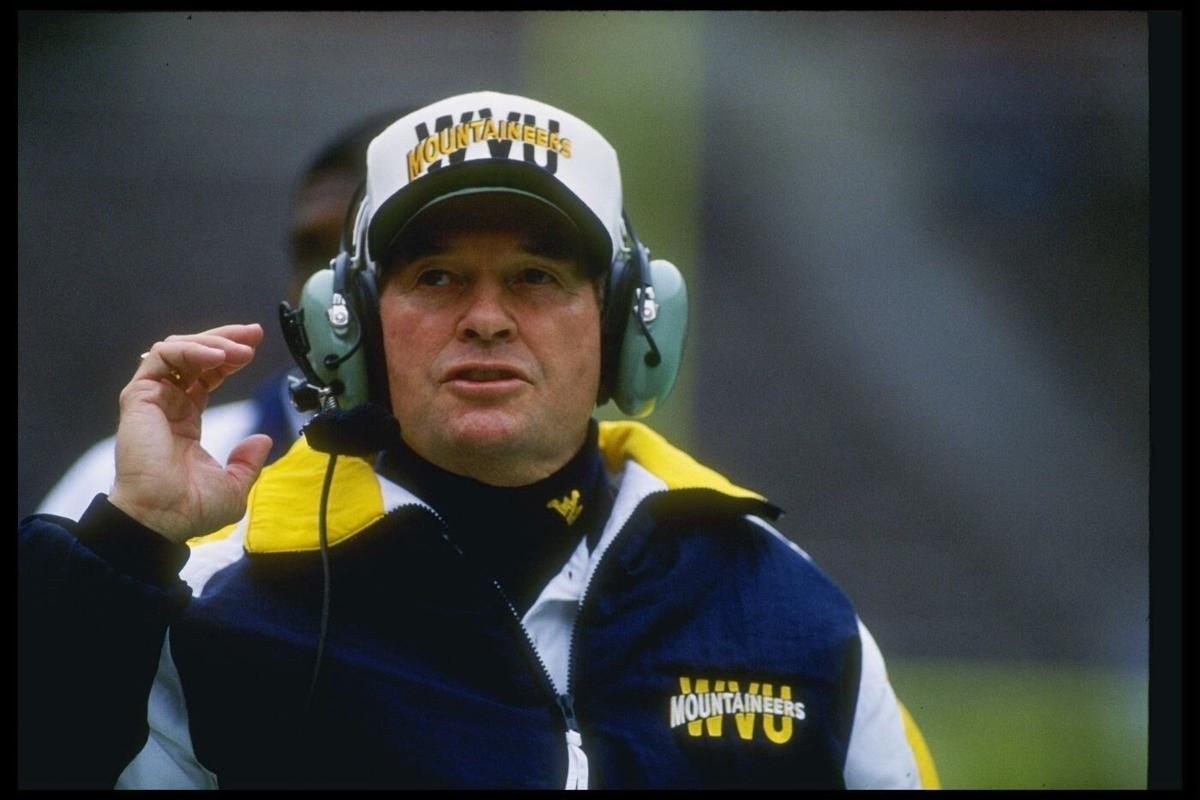 Don Nehlen coached WVU in the first ever game played at Mountaineer Field.

This fall will mark the 40th anniversary of Mountaineer Field at Milan Puskar Stadium which opened in 1980.

Don Nehlen coached WVU in the first ever game played at Mountaineer Field.

EDITOR’S NOTE: This football season will mark the 40th anniversary of the opening of Mountaineer Field. We thought it would fitting to go back and talk to former players, coaches, executives and fans and get their favorite personal memory of time spent at what is now Milan Puskar Stadium. We weren’t looking for game memories, but personal moments. This is the first installment on a number of such articles through the coming weeks.

While he wasn’t involved in the planning or building of the 60,000-seat stadium that now sits on Don Nehlen Boulevard, he coached the first game played there.

And it was the most vivid memory Nehlen carries forward.

“I wasn’t here for the old stadium,” Nehlen said, “but this was a big deal.”

A big unfinished deal, as it were.

You have to remember, Don Nehlen never has been someone who stands on ceremony much. This was especially true as he began his first big time head coaching job, after having been a head coach at Bowling Green and then assisted Bo Schembechler at Michigan.

But there he was, nervous about the upcoming game, a thousand thoughts running through his mind as he stood on the dignitary stand.

“I’m out there with the governor and the AD and I’m thinking ‘What the hell am I doing out here with these guys?’ he said.

John Denver had come in via helicopter and thrilled the crowd with a rendition of his hit song “Take Me Home, Country Roads,” which would become an anthem for not only West Virginia sports but for the state itself.

“Not everybody knows this but Governor Rockefeller paid John Denver himself,” Nehlen said. “Governor Rockefeller doesn’t get enough credit for the stadium. Without him, they were going to put trailers in the end zone. He spearheaded a fundraiser to get that building, gave us the first $125,000 for it.”

And, if you have driven by the stadium lately, here we are 40 years later, and they are still building what has come to be the Milan Puskar Center that houses the football program, completely redoing the offices, weight area, locker room.

“The building cost $1.4 million. Now they are putting $55 million in to renovate it. I guess that’s the way it is now,” Nehlen said.

Anthony Becht had many great moments on Mountaineer Field, playing under Nehlen from 1996 to 1999 and defining what the tight end was supposed to be in Nehlen’s offense.

Becht had come to West Virginia as a lightly regarded prospect without any other Division 1 offers, a 6-foot-5, 205-pound hidden gem out of Drexel Hill, Pa. but he blossomed into a player who caught 83 passes for 1,178 yards and 11 touchdowns as one of quarterback Marc Bulger’s prime targets while growing into a 270-pound menacing blocker in the Nehlen running game.

His first game was at Pitt, remembered not for his first catch, a 16-yard reception from quarterback Chad Johnston, but for Amos Zereoue’s debut as a Mountaineer running back, taking a handoff from Johnston and running through the Panthers’ defense for a 69-yard touchdown on his first carry.

His last game was against Pitt, this one at home, and if anything he wanted to remember that 51-21 victory, for it was in that game, he caught the last of 59 touchdown passes thrown by Bulger in his record-shattering career at WVU.

But his most personal memory from Mountaineer Field wasn’t of a football game — or even of football season.

It was, instead, the day and the way he proposed to his wife to be, DeeAnn Gonzalez, of Clarksburg.

Here’s the way he tells it.

A day earlier, Becht’s dream had come true as he heard his name called as the 27th pick of the first round of the NFL draft by the New York Jets, an event that would send him off on a 12-year NFL career that he turned into a successful broadcasting career after his playing days ended.

“We had the whole family in town,” Becht recalled from his Florida home the other day. “Well, on Sunday, the day before I was going to leave for New York, I told DeeAnn that they wanted me to go over to the stadium to do some community service work with some kids.”

Let’s just say that wasn’t greeted with much glee. It was his last day before leaving, the entire family was there.

“She was really mad and upset with me that I was going to do it when all our family was in town. She didn’t want me to leave, but I told her to come with me,” he said. “It was an interesting moment, getting her from my apartment, which was next door to Mountaineer Field.”

But eventually she went along with him.

And so they went out onto the field with the family there and a group of kids there meeting with members of the team.

Becht had a trick up his sleeve, however. Tony Caridi was up in the booth and the public address system clicked on.

“DeeAnn, look at the scoreboard,” Caridi said, his voice echoing through Mountaineer Field.

The scoreboard came to life.

Becht now was down on one knee with his ring in his hand.

Clint Trickett grew up in Morgantown, the son of Rick Trickett, the highly regarded offensive line coach, and is the brother of Travis Trickett, who today serves the Mountaineers as head coach Neal Brown’s tight end mentor.

When his father moved on to join Jimbo Fisher at Florida State, Trickett moved with the family and played his high school ball at North Florida Christian High School in Tallahassee and decided to play his college football at FSU, in part because the WVU offense at the time did not fit his quarterbacking skills.

But when Dana Holgorsen had a need at quarterback, Trickett transferred in after backing up EJ Manuel at FSU and put together an exciting career running the Mountaineers until a series of concussions forced him to give up the game, turning the job over to Skylar Howard.

“My favorite moment as a player in Mountaineer Field was the Baylor game,” he said.

Well it should have been. In his first year at WVU, he had suffered at the hands of the Bears in a 73-42 loss in which he completed just 9 of 28 passes with an interception and a touchdown for 161 yards.

It looked like more of the same the next season when Baylor came to town ranked No. 4 in the nation, the third top 4 team to face WVU in the season’s first seven games, having already lost to No. 2 Alabama and No. 4 Oklahoma.

But this would be Trickett’s revenge.

The two teams went into the fourth quarter tied at 27 but Trickett latched up on a 12-yard touchdown pass to Kevin White and then a 39-yard score to Mario Alford to clinch a 41-27 victory.

But while that was a playing moment, Trickett looked elsewhere for a personal moment.

“Growing up as a kid, going to Mountaineer Field and being out there before the players came out onto the field, the band out there playing “Country Roads” … they get in a circle, then fan out and start playing the chorus of “Country Roads”

A singer Trickett isn’t as he went into the song as the band might play it.

“That moment, when they are in the center and start playing it, when I was a kid, that was one of my favorite moments. I mean, I knew the game was about to start then and I knew everyone in the state was feeling that passion before the team runs out of the tunnel,” he said.

Of course, there was another “Country Roads” moment for Trickett.

“My first year, we sucked, but we beat Oklahoma State in my first start and any time you get to sing “Country Roads” out there at Mountaineer Field after the game, that means you have accomplished everything you wanted to do. Any time we did that after a win, those were moments that I really cherish.”